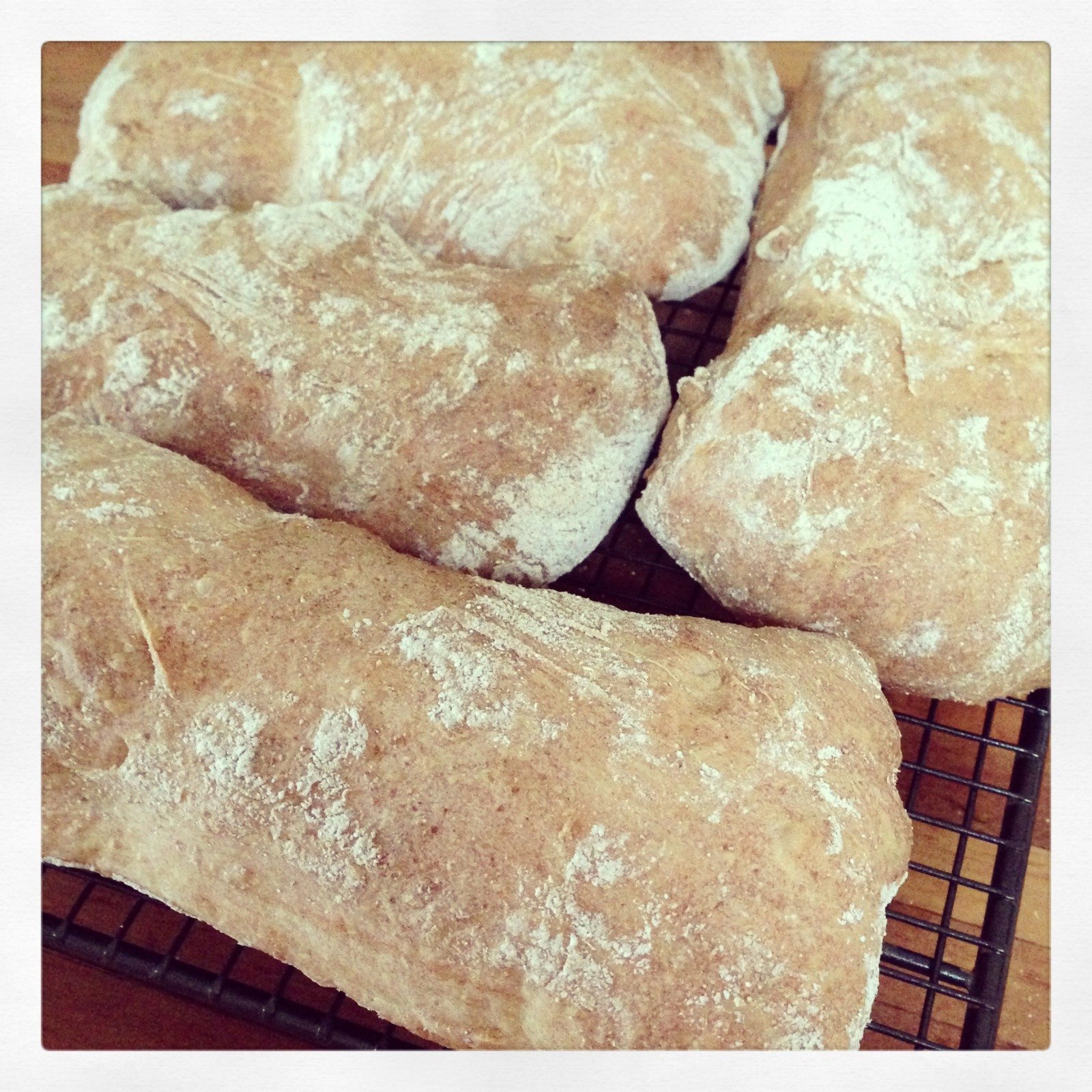 I had no plans to share Saturday’s baking adventures as I truly thought the’d be sub-par on first attempt but my first ciabatta rolls were most definitely blog-worthy. On Friday I started preparing Kevin (the sourdough starter) for an outing but on Friday night, when I read Celia’s recipe, I realised I’d have to get up at 5am to have them ready by lunch time.

That wasn’t going to happen so I switched plans and made her yeasted ciabatta instead. Let me tell you, this was one of the easiest bread recipes I’ve ever made with the best result first go.

I was cursing Celia a little having to plunge my hands into the fridge-cold water to knead but I forgave her. I’ve never made a yeasted dough that didn’t call for warm water so this was a little something different. Yes you will need to get your hands dirty too. It’s actually really satisfying squelching all the ingredients together.

On the left is my dough after squelching and on the right after a quick knead in the bowl 15 minutes later.

I was a bit impatient with my dough rising (I think it took maybe 2.5 hours) so I put the oven on for 10 minutes then turned it off and put the dough in there to rise. I’m not sure if it’s advised but it seems to work for me.

This is a seriously soft dough to work with. I really thought I was going to turn out disastrous bread when I was ‘shaping’ the rolls but I needn’t have worried.

I halved Celia’s recipe, mostly because I didn’t have enough flour, but still made 4 portions so they’d serve as individual ciabattas for our lunch. Sorry there are no pretty pictures. As I said, I really didn’t think they’d be blog-worthy first go.

If you love ciabattas you MUST try making these. It’s literally about 10 minutes hands-on work and that’s if you’re slow. I won’t re-post the recipe as I stuck to Celia’s but I used all baker’s flour (so reduced the water by 5% as instructed) and halved the recipe as I said. Apart from that, I stuck to every step.

Thanks so much Celia! Here is the recipe if you’re keen. You know you want to! As soon as I get some more flour I’m making the sourdough version.