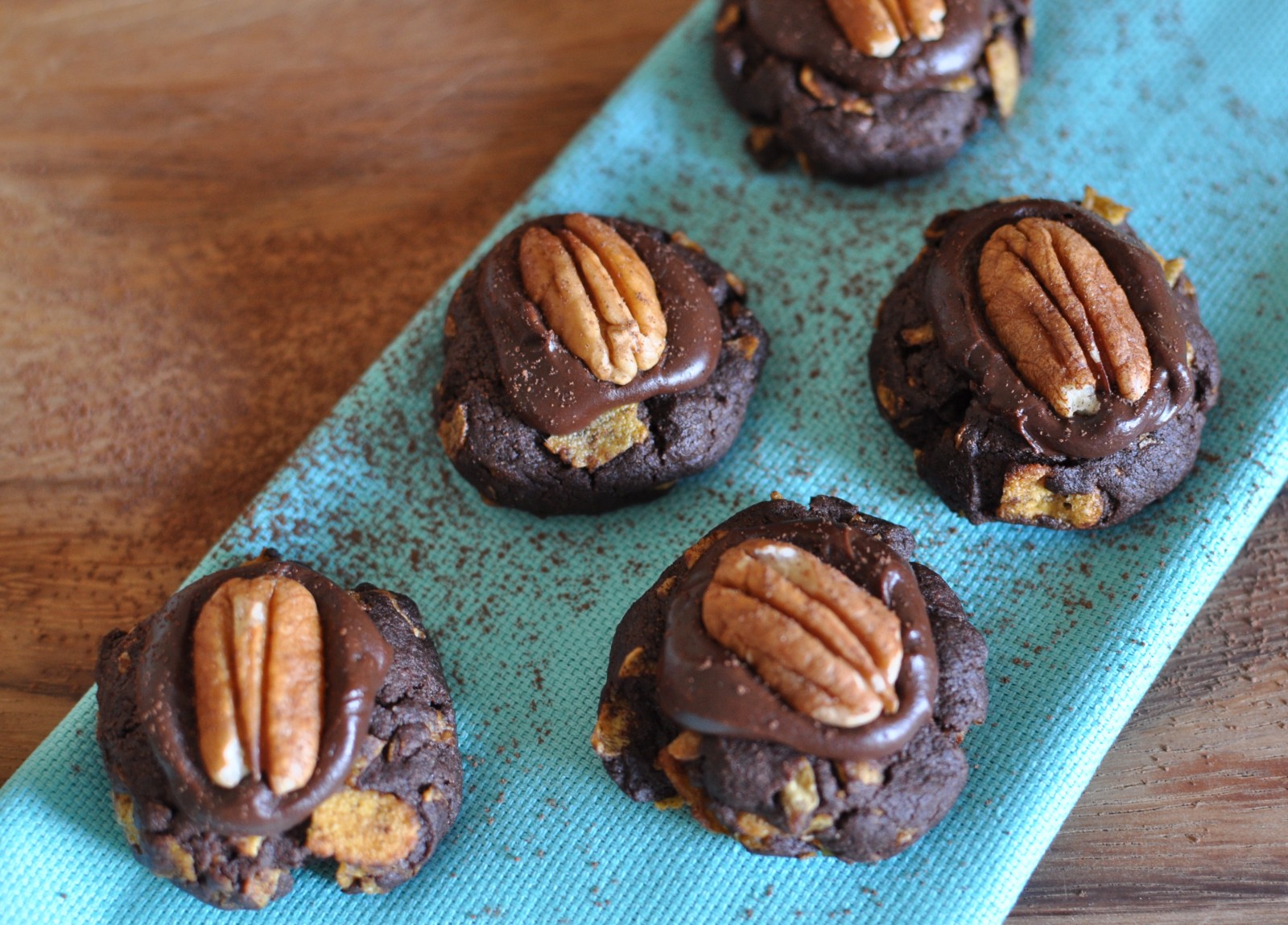 Togs. It’s a strange word isn’t it? For those of you who live anywhere other than Queensland, Australia, it’s what we call our bathing suits or swimmers. Yes we’re a strange lot we Queenslanders. I have no idea where the word came from. It’s not like it gives you even the tiniest hint of what it means.

It turns out we’re not the only ones who name things and then can’t remember why we named them what we did. A few weeks ago my friend Amy, who happens to be a Kiwi, sent me a recipe that she said I had to try – Afghans, a biscuit that the Kiwis claim as one of their national foods, or so I’ve heard.

According to a bit of Googling, the name has nothing to do with Afghanistan but it more related to the dark colour of the biscuits. Apparently no one actually knows for sure where the name came from. Whatever the origin, the Kiwis love them and I can see why. They’re easy to make, use pretty simple, inexpensive ingredients and are just scrumptious.

The recipe comes from New Zealand’s most popular and one of its oldest, recipe books – Edmond’s. The book was so popular that for a few years after its release, engaged couples were sent a copy of the book for free because no wife should be without one. I wish that was still the go. I am one quarter Kiwi so I think that would entitle me to one.

I had to adapt the recipe just slightly but the end result was fantastic. I think they’re even pretty enough to serve to guests. If you’re not keen on nuts you can leave them off the top of replace them with anything you like… maybe a marshmallow or white chocolate button?

Thanks for the recipe Amy!

As well as the above, you will need a little bit of milk. I didn’t realise that until I got into making the biscuits and I’m still in chapter one of Photoshop for Dummies so there’s no milk in the picture.

These are super simple to whip together. Yep you guessed it – beat the butter and sugar together until they’re nice and smooth.

Take the bowl off the stand and sift in the flour and cocoa then stir them through. This is where I improvised a little. The dough seemed way too dry to be able to have cornflakes mixed into it so I also added two tablespoons of milk. The end result tasted fantastic so I don’t think I did any damage. Maybe New Zealand flour isn’t as dry as Aussie flour?

Tip in the cornflakes and stir them through. Don’t worry if you crush most of them, it’s pretty hard to be delicate at this stage. Just keep stirring/mashing it around until it looks fairly even.

Using a heaped teaspoon of dough, roll it into balls and place it on a line baking tray. Squish them down until they’re all about 2cm thick. Bake the biscuits at 180C fan-forced for 15 minutes or until they are set.

While the biscuits are baking, make the icing. You can throw it all together in the microwave but it’s far less risky to melt the chocolate 15 seconds at a time and then add the butter and cream.

Stir it all together and set it aside.

When the biscuits are cooked, leave them on the tray to set for five minutes.

Then it’s over to the wire rack to cool completely. They don’t take very long at all.

Top each one with a blob of icing. You might need to give the icing a zap in the microwave every few biscuits as it hardens up pretty quickly.

Add the finishing touch – a pecan to the top of each one. The recipe actually calls for walnut but they weren’t to my standards. I couldn’t find a packet that had more than a few whole nuts in it even though they were sold as ‘whole’ nuts. Tsk tsk Coles. The pecans looked much prettier I think.

Serve them up with a cup of tea or keep them in an airtight container. I made these early last week and had the last one last night so they do keep quite a while. Enjoy!

What about you? Do you have any strange names for things? Can you remember where the name came from?

p.s. I’m looking for guest posts while I’m off lazing on a beach in Thailand on my honeymoon (in 3 weeks!!!). If you’re interested I’d love to hear from you. I’ll also re-pay the favour, if you’re happy to have me of course.