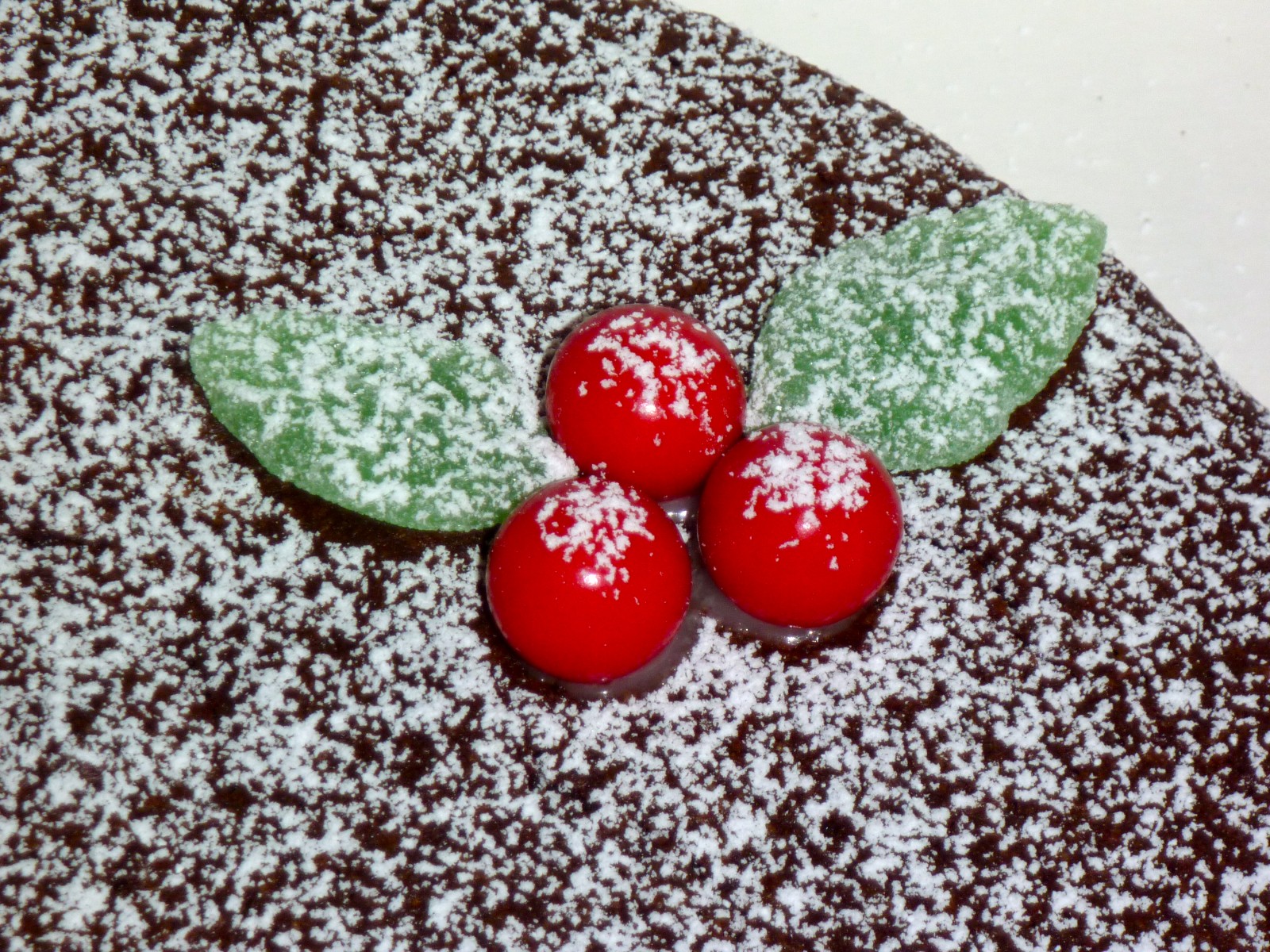 Flourless chocolate cake with a touch of Christmas

I made this cake at least 6 times last year. It’s a real winner! I have to thank my friend Alana for the recipe though – thanks Lani! It’s not what you’d call a healthy cake but it is gluten free and delicious. It’s not too tricky to make either as long as you’re gentle with the egg whites. There are only 5 ingredients in this recipe but 2 of those, the almond meal and dark chocolate, make it a little expensive.

I know this is cake 101 but be very careful not to get any egg yolk in the whites or they won’t whip. I dropped the fifth yolk right in the middle of mine. Thankfully it stayed whole and I could scoop it out.

Pre-heat the oven to 160C/320F fan-forced and grease and line a 22cm spring-form cake tin. Over a medium heat, melt the butter and chocolate together until it’s silky smooth.

Transfer the mixture to a bowl and leave to cool slightly.

While the chocolate mixture is cooling, whisk the egg whites until soft peaks form.

Stir the egg yolks, almond meal and sugar into the chocolate mixture until combined.

Using a spatula (not like me!) gently fold in a little of the egg white then fold the rest through until it is just combined.

Spoon the mixture into the cake tin and bake for 1 hour 5 minutes or until a skewer inserted in the middle comes out clean. Cool the cake completely in the tin then run a knife around the edges before removing the tin. Serve dusted with icing sugar. Enjoy!

Flourless chocolate cake with a touch of Christmas

This cake also freezes really well. Blind freeze first and then wrap in glad wrap (cling film) then aluminum foil. Unwrap the cake and defrost in the fridge over night. If you're short on time, unwrap it, place on a cooling rack and leave out to defrost.I also like to freeze it in slices and defrost in the microwave for a treat. It's very nice slightly warmed.