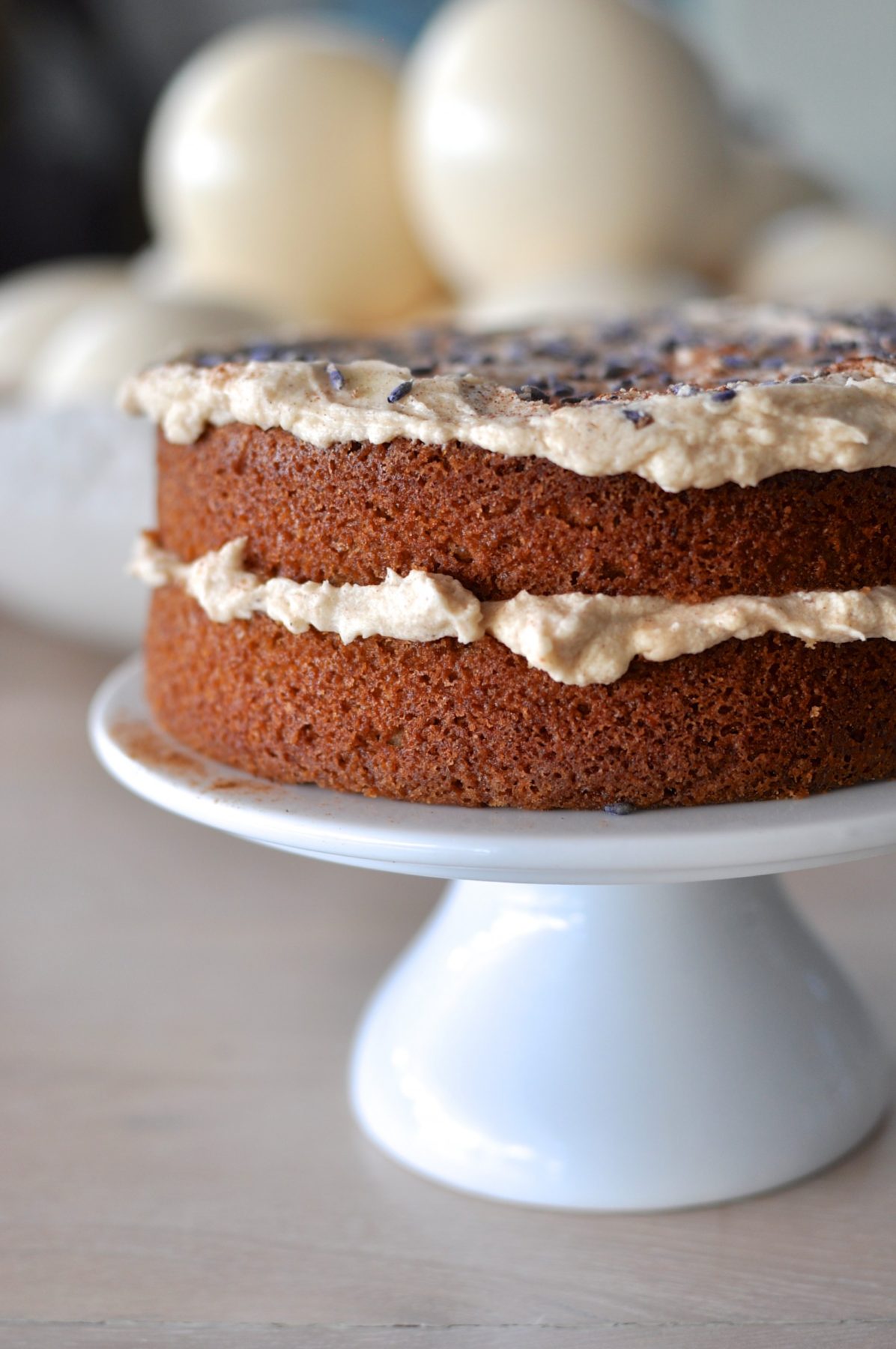 Mother’s Day has always been a special day but this year was the most special of all – my first as a mother. I had a wonderful day. Will was on baby duty the night before so I could wake well rested and would you believe Mr Ollie didn’t wake up all night (cheeky man!). Ollie got breakfast in bed and afterwards gave me a big giggle which was so cute it made me cry.

I was then treated to pressies and Will finished off building my vege gardens. We had lunch at mum’s house and for the rest of the day my ever need was catered to by my wonderful boys. It was the best day ever. I wish it was Mother’s Day every day! Now how does all this relate to cake?

Well, as usual, I was delegated my favourite job – bringing dessert. Usually I settle on the Mother’s Day cake recipe at least a week in advance but this time I was uming and ahing until nearly the last minute. On Friday I finally decided that the cake had to be cinnamon. The first cake I ever made, that my grandma taught me to make, was cinnamon tea cake so to me cinnamon pound cake is a more grown-up dessert-like version and a tribute to the original.

I used brown sugar and caster sugar in the cake to give it a bit of a caramel flavour and almond meal to make it more dessert-like. The recipe was inspired by Celia’s food-processor pound cakes. If you’ve never made one (even the basic original cake) you must. They are unbelievably easy, seriously flexible and utterly delicious.

Served up with a big scoop of vanilla ice-cream and berry coulis, this cake was the perfect end to a delicious lunch made by mum. There was just enough left over for my grandma to take an extra slice home with her. I’d hazard a guess and say it was a delicious breakfast too. It’s a little like cinnamon toast so perfectly excusable. Enjoy!

What about you? What did you do for Mother’s Day?

I forgot to get a shot of the two of us during the day so I am jewellery-less and Ollie is missing is cute shoes but I will always remember my first Mother’s Day.