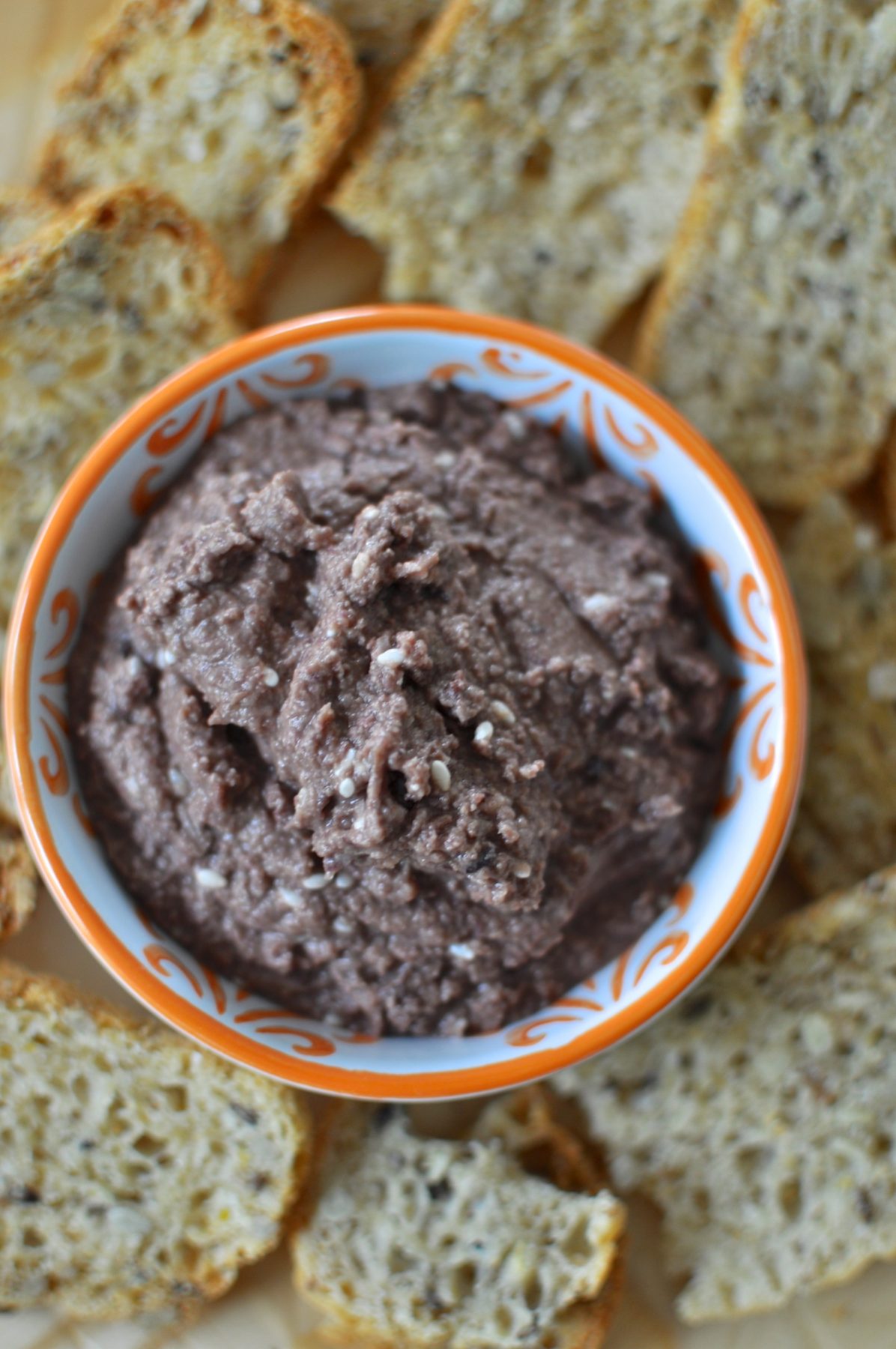 I have a bit of an addictive personality. Not in a bad way but in a food way. I get on a roll with things and I just want them over and over and over again until I get sick of them. Olive hommus has been on the menu for nearly two years now and I’m yet to tire of it.

Now, I’ve mastered the recipe to make it myself using just 6 ingredients which is about a million fewer than in my first totally processed recipe. My final version is gluten and dairy free and vegan and pretty much fat-free too (do chickpeas have fat? I should know that!) but you wouldn’t know it.

It’s so creamy and moreish I gobble down more than enough to make up for the fact that it’s actually good for me. Olive hommus and rice crackers is my pre-dinner snack of choice during the week when I’m being good and avoiding my major weakness – Tasty Cheese CCs.

Usually the sesame seeds don’t stay whole but I forgot to turn the blender onto turbo so they stayed dotted through this version. If you don’t want the little specks then feel free to use tahini in place of the sesame seeds.

This recipe makes quite a big batch but I’ve worked out the proportions so I use a whole tin of chickpeas with no wastage. You could use those mini tins and make a smaller-scale version if you like but you’ll regret it. I’m not sure how long you should keep it in the fridge but usually mine lasts about 2 weeks and I’ve never gotten sick so I’ll say that’s a fair indication of the best-before date.

Just a note, I like it quite garlicky so if you’re not a fan, cut it down a little bit (not too much though). Enjoy!

What about you? What did you used to buy and now make from scratch?