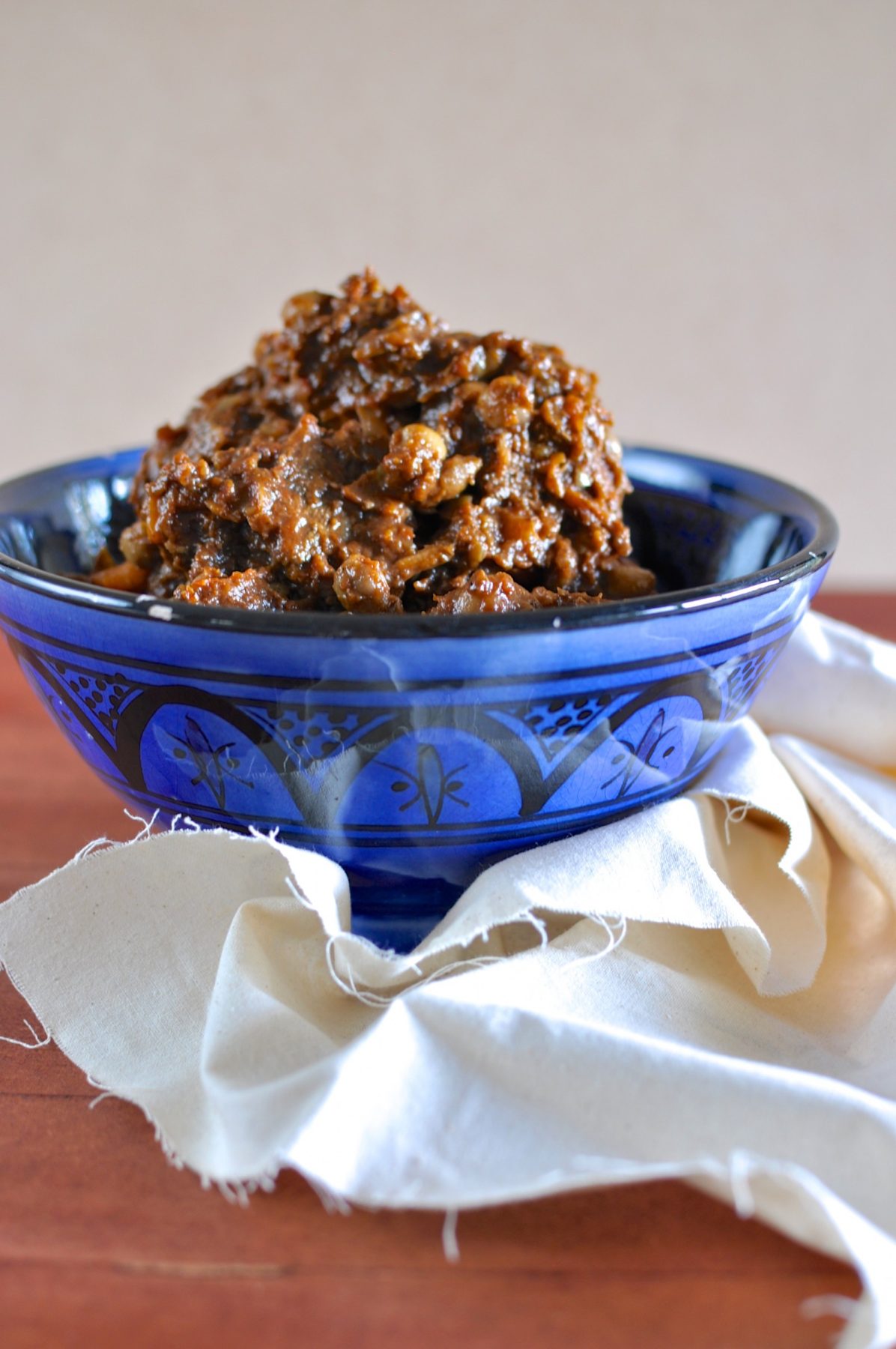 My sister and I were lucky enough to travel heaps when we were younger. Mum and dad took us all over the world but one trip that especially sticks in my mind was a trip to Europe when I was 18. We were staying with my aunt and uncle at their place in the south of Spain when it was proposed that we visit Morocco for a night.

My dad and little sis weren’t all that adventurous back then so mum, my aunt and I made the 2 hour voyage across the straight. It baffled me that you could be somewhere so different in so little time. We hired a guide as was recommended being three females and followed Momo (his nickname short for Mohammad) around the Kazbah. Being young, white skinned, female and blonde, I was getting quite a few looks and comments.

When we sat down to eat our pigeon bastillas for lunch mum asked me what I thought of Morrocco so far. I was loving it but I said ‘I really wish they’d stop calling me fat!’ Every few blocks I’d get a look from some young guy and they’d say ‘wopper.’ What they were really saying was ‘guapa’ which means beautiful in Spanish. Mum and my aunt thought it was hilarious and I must say, I enjoyed the rest of the time there a lot more after clearing that up.

Something that didn’t get so lost in translation is my friend The Natropath’s tagine recipe. She is one of those annoying (in a good way) people like my mum who never uses a recipe and just makes it up meaning that when you ask for a recipe you get ‘oh I threw in a bit of this, this, this and a little of that.’

Luckily when it came time to recreating her slow cooked beef and apricot tagine, I managed to translate it well. She originally made it with lamb for mother’s group which was absolutely delicious but I’m a bit too cheap to buy lamb at the moment so beef it was. Now I went all out and actually cooked the onions, garlic and spices and then sealed the meat before throwing it all in the slow cooker but I’m sure it would be just as good if you skip that step.

Will came home from golf last Saturday morning to this simmering away in the slow cooker and his first words when he walked through the door were ‘mmm something smells good.’ That’s the only thing I don’t like about using the slow cooker. I have to smell the delicious dinner cooking all day and by the time dinner comes around I’m salivating. I guess it builds a bit of excitement. Enjoy!

What about you? What have you had lost in translation on holidays?