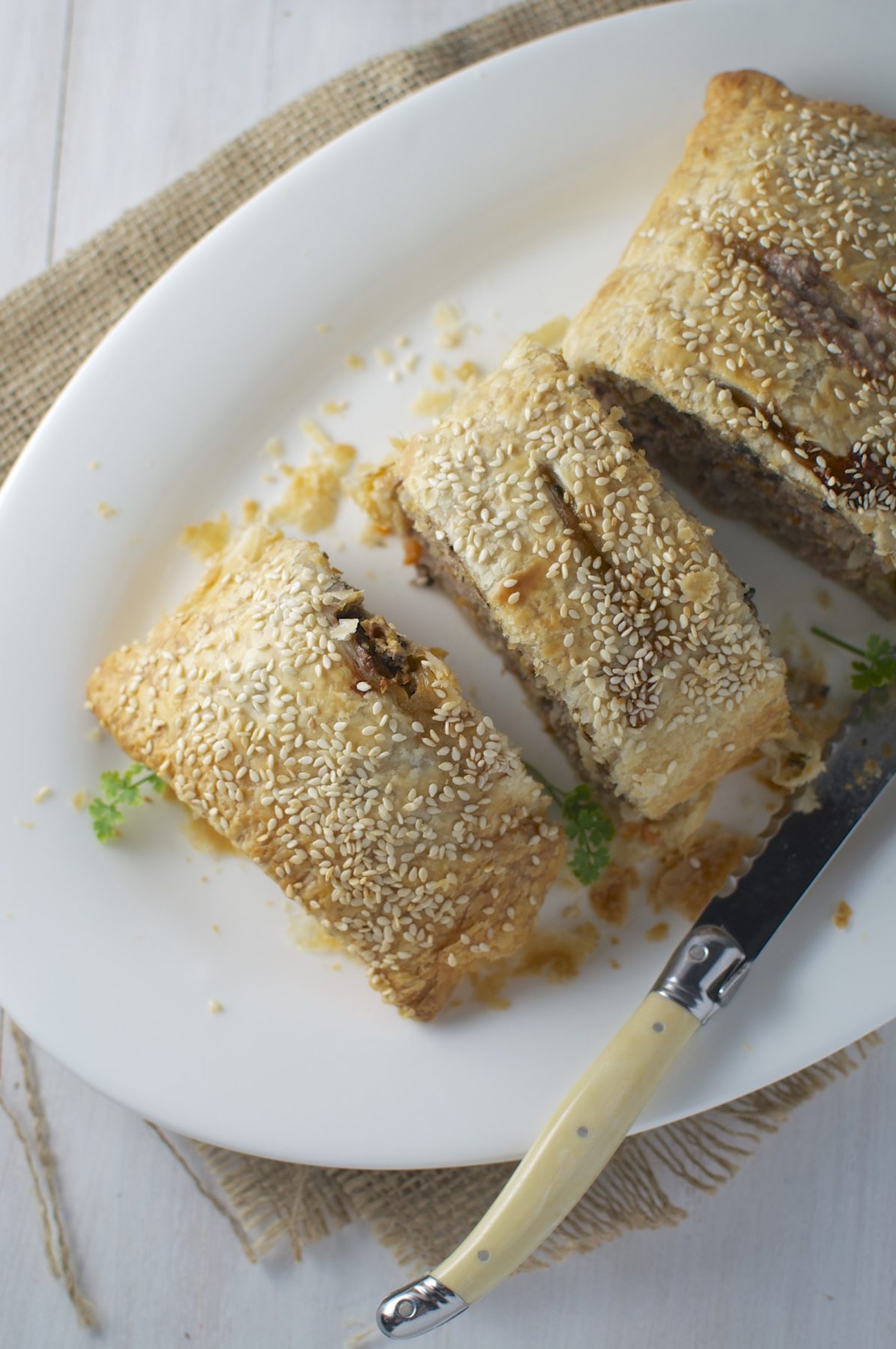 Do you ever wonder where ideas in your head come from? How you can have not thought about something for four years and then it randomly pops into your head? As happens nearly every Saturday night, it got to 5pm a few weeks ago and we had no idea what to have for dinner. I had mushrooms, I had mince and my brain had mince wellington.

I first made this recipe back in 2011 but as with most of my photos back then, they were shockingly bad. I mean you’d probably look at them and be put off making the recipe the photos make it look so bad. A few weeks ago I got a fancy new light

so I can take decent photos at night without them being all yellow from the kitchen lights. This was my first shoot.

This is a dinner that can be thrown together pretty quickly. You can add veges the mince to make it pretty healthy. Really it’s like a giant sausage roll but with a bit less pastry. The mushrooms and mustard are a bit like having sauce on the inside.

It also freezes pretty well. We ate half that night then I vacuum sealed the rest and popped it in the freezer. It was as good as fresh after heating it up in the oven a week or so later. Enjoy!

So what about you? Do you wonder where your thoughts come from?