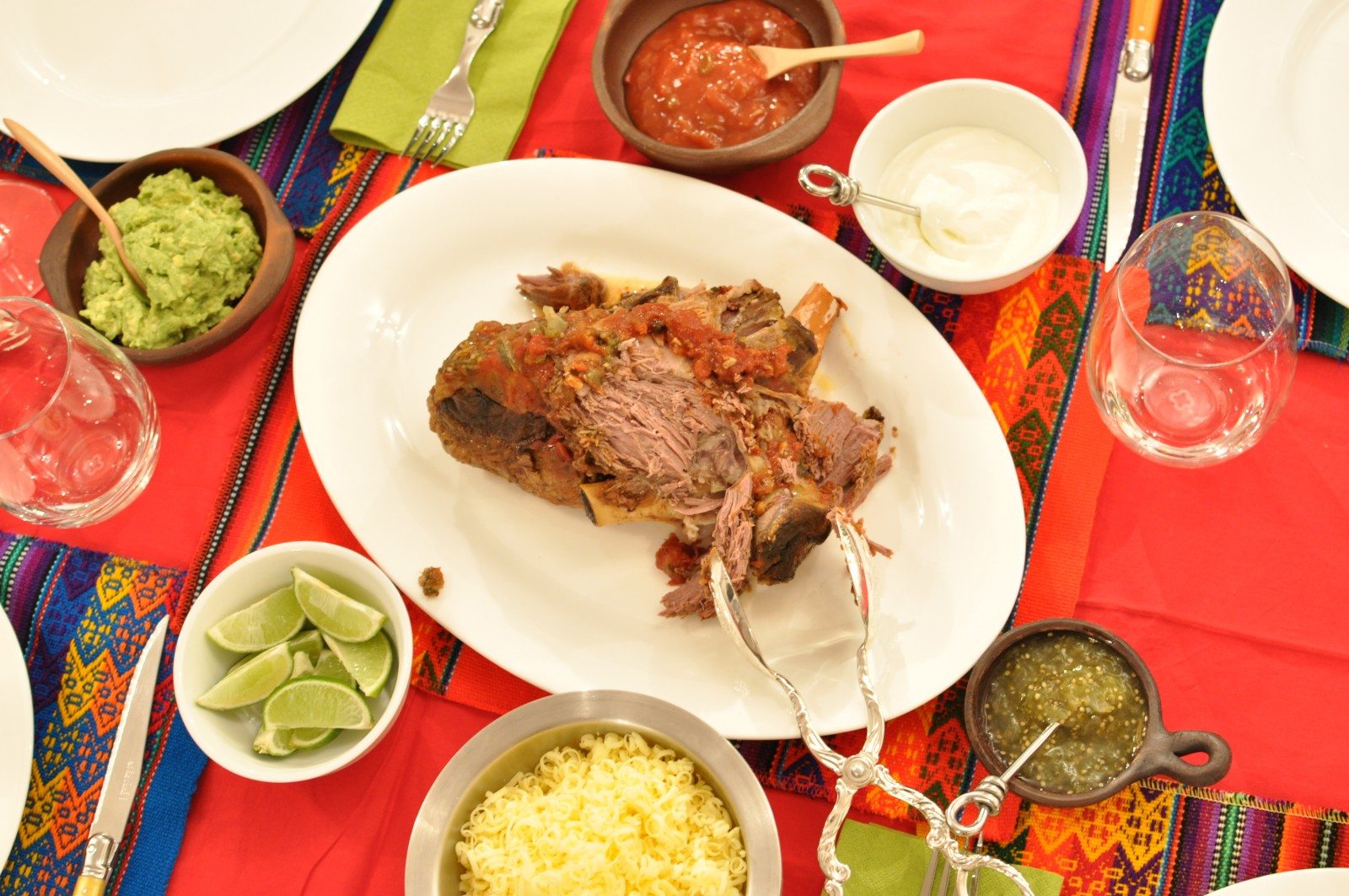 I wanted somewhere the eight of us could meet. I wanted a shared style of food where everyone could just pitch in an amount of money and have a feast. It had to be reasonably priced and a good layout so we could all share the table.

This was my list of desires for the meeting of the bridal party a few months before the wedding. Agave, a local Mexican restaurant fitted the bill perfectly. They served a 4-hour leg of lamb that was perfect for sharing and at $80, the price was right too.

When we arrived, a quick scan of the menu revealed a rather large price hike. The lamb was now $125! We still ordered it because I’d been raving about how deliciously tender and tasty it was. It was disappointing. The meat was pretty tough and tasteless compared to the original.

A couple of months later they were closed. It seems that upping the price and dropping the quality was a last-ditch effort to save themselves.

I didn’t want to miss out on having the lamb ever again so last week I endeavored to recreate it myself. I’d never cooked a leg of lamb before and had no idea what I was doing but it seems the fly-by-the-seat-of-my-pants method paid off this time.

The meat was fork tender and perfectly spiced. I was rather proud of myself. What was even better was it cost me $20 for the lamb and everything else I had at home. It sure beats the $125 we paid last time!

Place the onions in the bottom of the slow cooker bowl. They’re there to stop the lamb sitting on the bottom and burning (and to add a bit of flavour). It probably wouldn’t matter if you didn’t have them but I thought it better to be safe than sorry.

Carefully place the lamb leg on top of the onions so it doesn’t touch the sides.

In a small bowl, combine the oregano, cumin, salt, sugar, garlic, lime juice, oil and paprika and then pour them over the lamb. Yes I just got out all the Mexican ingredients I could find and kept adding them until I hit something that smelled right. Will was subjected to a ‘close your eyes and smell this does it smell Mexican?’ while watching the Origin.

Tip in the tinned tomatoes and then put the chili, bay leaf, cinnamon and cloves on top.

Put the lid on the slow cooker, set it to low and let it do its thing for 8 hours.

After the eight hours, I took the lid off and spooned some of the liquid over the top then put the lid back on and put it on high for 30 minutes.

You probably don’t need to do that but I would spoon the juices over and let it sit in the cooker for a little while longer.

Very carefully transfer it to a serving dish. It will be super tender at this stage and practically falling off the bone so you have to be carefully not to lose the lot.

Falling off the bone

I served mine in the middle of the table with tongs so everyone could help themselves. If you want it to be a bit prettier, you could shred the meat before and serve it ready to go in a serving bowl. I personally think it’s more fun having the leg on the table.

I think the best way to eat it is wrapped in warm tortillas with some salsa, guacamole and cheese. Wrap them up and gobble them up. Enjoy!

What about you? Do you recreate dishes you try in restaurants?