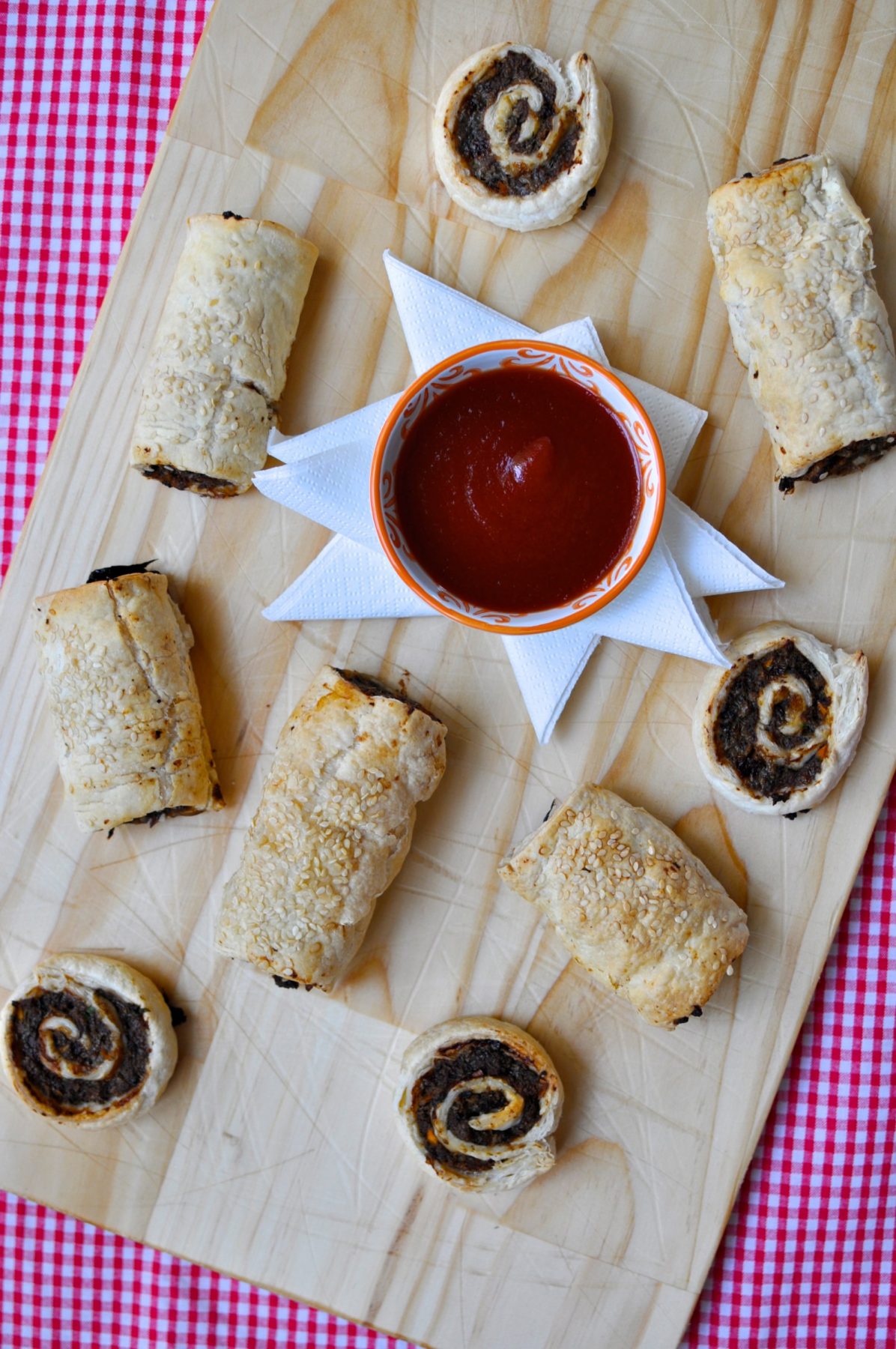 People keep asking me if I’ve had any pregnancy cravings an my response is usually no. As far as waking Will up in the middle of the night demanding he go out and buy a tub of fudge ice-cream and a jar of pickles, I haven’t had those sorts of cravings but I do get hankerings.

The reason I say I haven’t had preggas cravings is because I get serious hankerings when I’m not pregnant. I get an idea of a certain type of food I want to eat in my head and I cannot get it out until that food is in my belly.

Last week it was sausage rolls but not the greasy not-actual-meat ones you get from the bakery, I wanted a homemade sausage roll – one that I knew what was inside.

There were a couple of odd bits of veges in the fridge like one small carrot and one tiny zucchini that couldn’t really be used for much so I chopped them up really finely and added them to the mince to make my sausage rolls relatively healthy.

I think there were some mushrooms in there too as well as extra lean organic beef mince and some organic sausage mince.

These were so good we had the leftovers for dinner the following night.

You can make them in rolls or I also like to make sausage roll scrolls where you cover a sheet of pastry in the filling, roll it up and cut it in thin slices. They’re great for parties as a fancier version of sausage rolls and they freeze really well.

The next time I make them I’m going to make double so some actually make it to my freezer supply.

They’re a good dinner when you want something that seems a little bit naughty but isn’t really and would be a sneaky way to get some extra veges into your kids’ dinner. Enjoy!

What about you? Do you get food cravings? Do you usually give in?