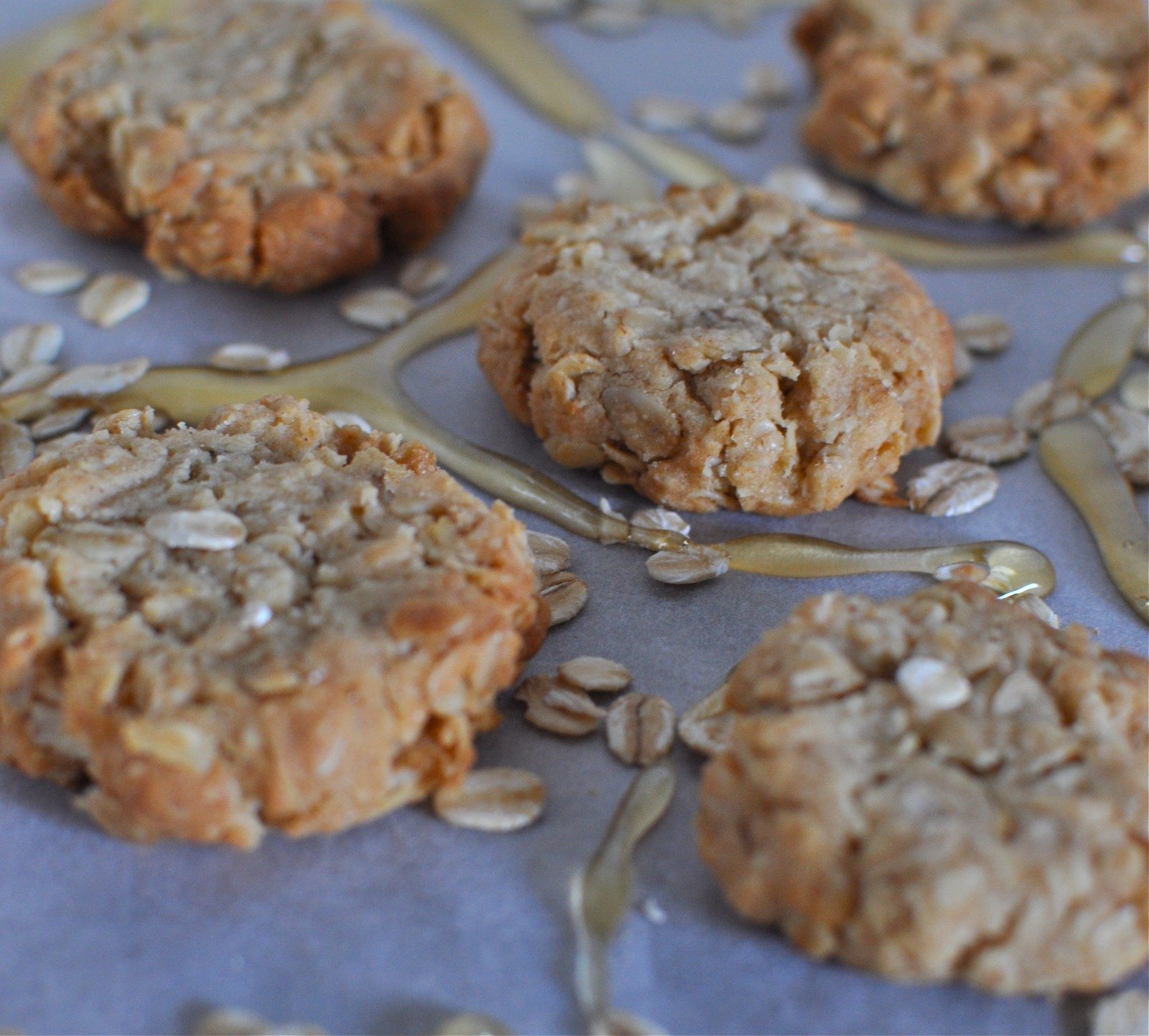 I think I might have already introduced you to Kenny but if not Kenny is the honey man. My great aunt lives on the Sunshine Coast and Kenny lives in the house behind her. He keeps bees that make the most delicious honey you’ve ever tasted.

Whenever mum goes to visit her aunt she always pops over to Kenny’s house to buy some honey. I think he works on an honor system. He leaves a crate of recycled glass jars filled with liquid gold outside his house.

On top of each jar is a little sticker with the price ranging from $2 to $5 for the really big jars and you just leave your money in place of the honey.

On mum’s last visit, she returned with the entire contents of the crate. I’m not kidding, she bought at least 15 jars. Is there some sort of honey shortage predicted that I didn’t know about? If so I’m all set with my five giant jars of honey.

I can quite easily eat honey straight out of the jar. In fact sometimes when I feel like a little some thing sweet after dinner I have a teaspoon of it.

I’ve also been having a spoon full mixed with cinnamon every day to ward off a cold that is trying, unsuccessfully, to take hold of my head.

I don’t usually eat the whole jar on its own though. Honey is such a versatile ingredient it can be used in sweet and savoury dishes and breakfast, lunch, dinner and snack food.

My latest honey creation was a batch of honey and oat biscuits. I’ve become a little bit obsessed with my Edmonds Cookery book. I scour it every few nights looking for something to make the next day. All the recipes are relatively simple and I haven’t had a failure yet. Quite the opposite, everything I’ve made has turned out delicious.

I used to only like cookbooks with pictures of what the finished product should look like. There is a benefit of not having them though. If you don’t know what it’s meant to look like, you can just assume that your version is perfect.

These biscuits remind me a little bit of ANZAC biscuits. It’s probably just the oats though because the cinnamon gives them quite a different flavour.

Start by beating the butter, sugar and honey together until they are nice and plate and creamy.

Sift in the flour, baking soda and cinnamon and then add the oats beat them through until everything is combined.

Use a tablespoon of dough at a time and roll it into balls leaving at least 3cm between each ball.

Carefully press the top of each dough ball down using a floured fork, or you can just use your fingers, they do the job just as well.

Bake the biccies at 160C fan-forced for 15 minutes or until they turn golden.

When they’re nice and golden, leave them to sit in the trays for 5 minutes to firm up.

Transfer them to a wire rack to cool completely.

I think these could almost be called healthy. Honey and cinnamon have cold-fighting powers and oats lower cholesterol. Really they’re just like a multivitamin so have one with your morning cup of tea or coffee. Enjoy!

What about you? When you see a good thing do you stock up?