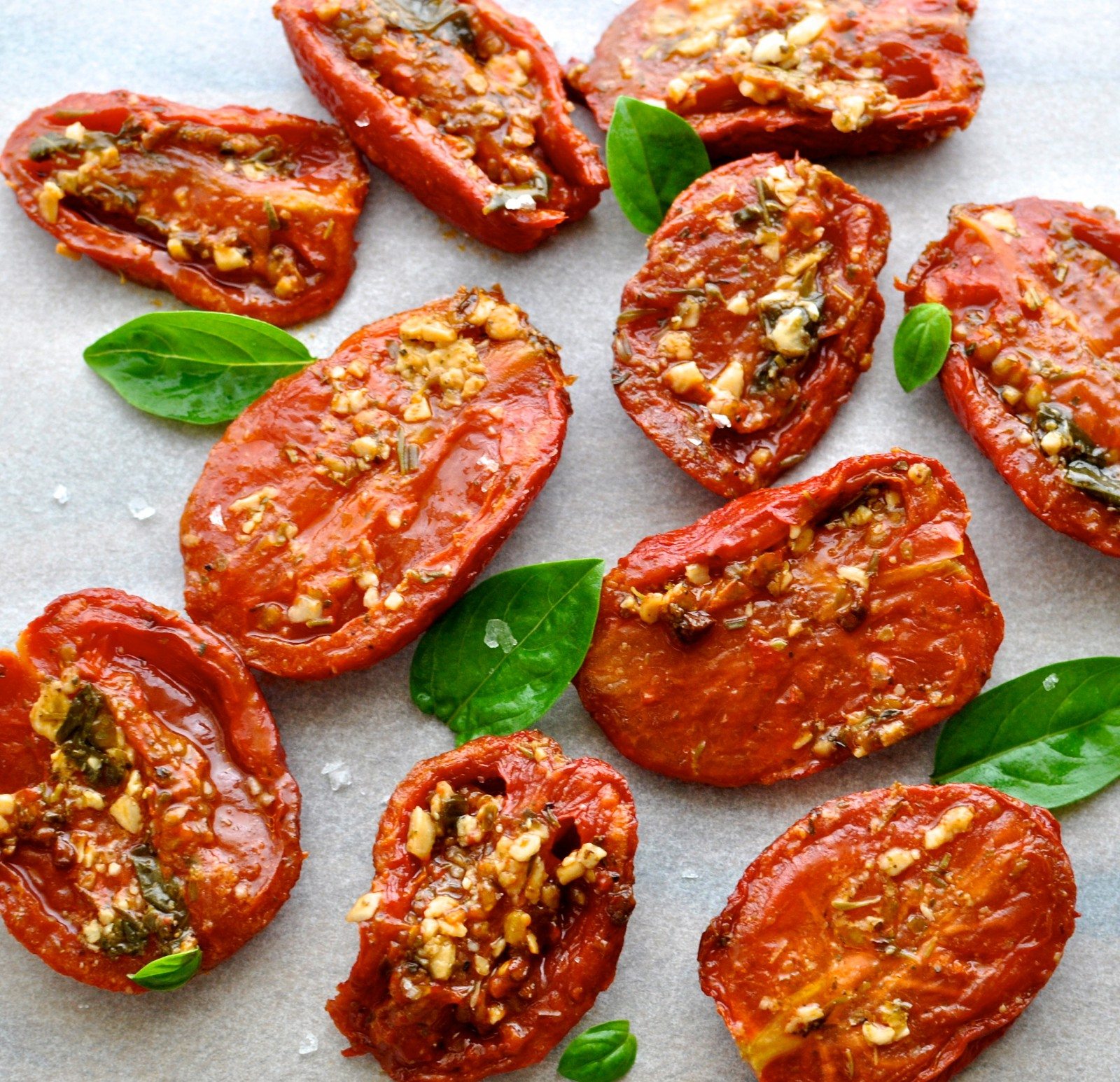 I seem to have a knack for finding bad weather at the coast. My man headed down to Sydney for the football finals last weekend so I decided to take a break up at the beach with mum and dad for the long weekend. I arrived at lunch time on Saturday to brilliant sunshine and balmy temperatures and mum and I headed straight out to lunch at Thomas Corner.

That afternoon we did a spot of shopping and some all important relaxing.

Sunday morning was almost like waking up to my wedding day again. It was dark, drizzly and getting a bit chilly. It was most definitely not a beach day. Not to worry, that didn’t keep us away from the farmers markets (you can see my haul on the Facebook page) where we shopped up a storm

Tomatoes weren’t in abundance at the markets this week but a couple of weeks ago I did manage to get a good price on a bag of them and I had just the recipe in mind. My lovely blogging friend Chris from The Cafe Sucre Farine posted this recipe a few weeks ago and I’ve been busting to try it ever since.

As I’m not too keen on leaving the the house with the oven on I had to wait for a home day but I think I might be staying at home more often to make these. Your kitchen will smell like you’ve stepped into an Italian Nonna’s house and it will take all your control not to eat them before they’re done. Trust me, wait until they are ruby red and super soft and you’ll be glad you did.

If you wait until you find a bargain on tomatoes this is a seriously economical recipe and you could vary up the herbs and use the fresh stuff straight from the garden.

side note: If you haven’t already met Chris, head over to The Cafe Sucre Farine for a visit. You will love her brilliantly fresh and delicious recipes as well as stories of her wonderfully joy-filled life and if you’re lucky you’ll get to meet her gorgeous grandkids too.

First step – chop up the tomatoes. I didn’t realise until I went to re-type the recipe that you’re meant to core the tomatoes as well as chopping them in half. I forgot to do that.

Mixing up the marinade

After that it’s as easy as mixing it all together. Make sure you use a bowl that will fit all the tomatoes then mix up the oil with the herbs, garlic, salt and pepper.

Throw the tomatoes in the bowl and toss them around until they’re well coated.

Lay the tomatoes out on a lined baking dish so that they’re in a single layer and all facing cut side up then sprinkle over the basil leaves. Pop the dish into the oven at 110C fan-forced for 1 hour.

See how much redder they are already?! Take the dish out of the oven and flip them all over onto their cut side then it’s back into the oven for 2-3 hours until they are shriveled and soft.

Admitedly, I may have left mine in there a little too long but they tasted absolutely amazing so it didn’t do any damage.

The last step is to peel off the skins once they’re cool enough to touch. See, all evidence of burning removed.

Leave them to cool completely. Now how you use them is totally up to you. I ate a couple as is (before you snigger at me, try and resist them) and smooshed a couple up and tossed them through spaghetti. A few days later I had a salad with a couple mixed in. The possibilities are endless.

If you’re not going to use them in the next couple of hours, cover them in a layer of oil and store them in the fridge for up to a week, otherwise pop them in the freezer where they’ll keep for ages.

An extra special bonus is special flavour the tomatoes give to the oil. I still have a little bit left waiting for my next Italian creation. Enjoy!

What about you? How would you use these delicious tomatoes?

Thank for the recipe lovely Chris!

Chris's note: Even if the tomatoes at your local market don't quite look up to ruby-red scratch, buy them anyway and leave them out on the bench to ripen for a few days. Don't refrigerate them.