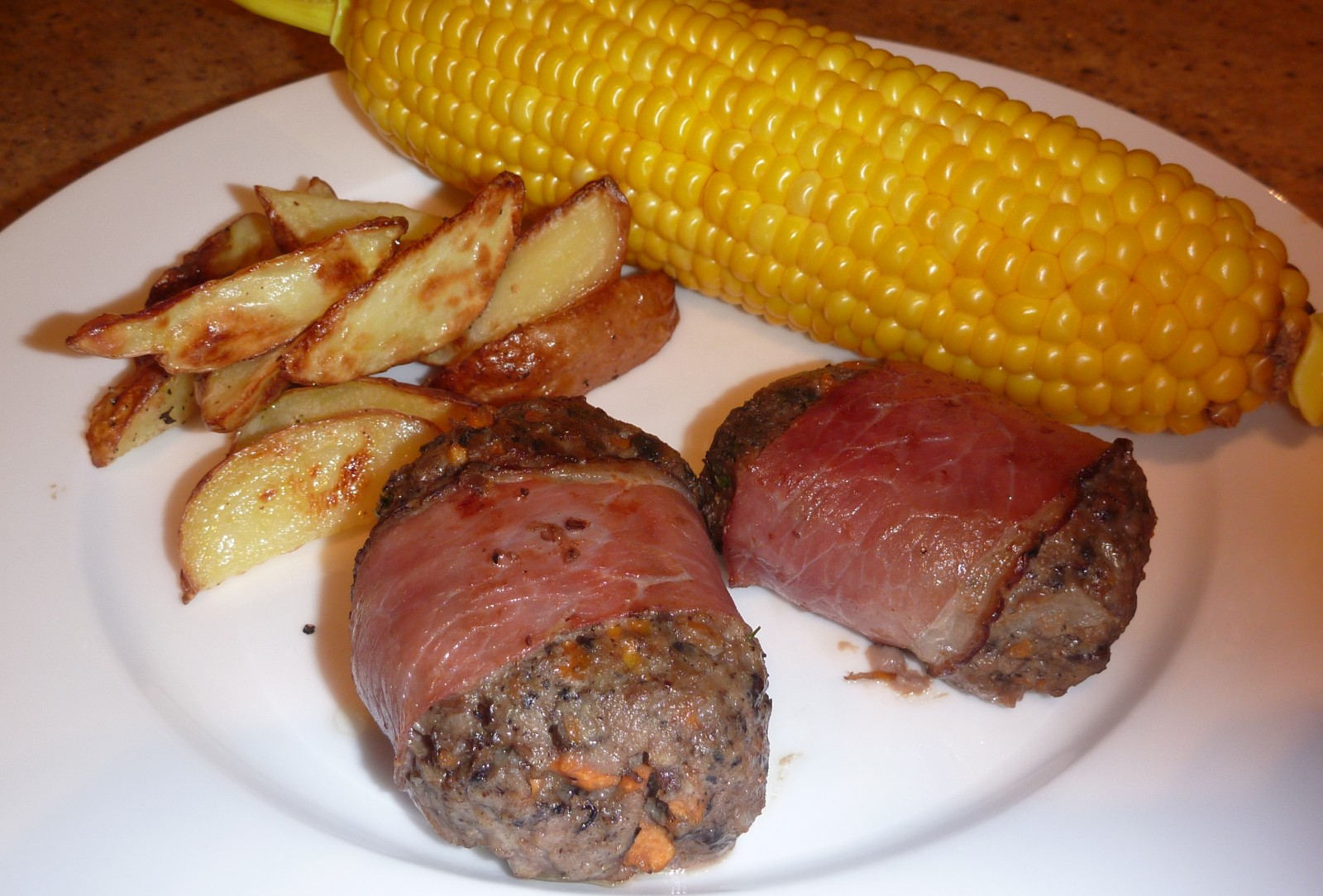 I’m still experimenting with mince recipes to use the four kilograms I got on sale for $3.99/kg at Super Butcher a few weeks ago. It was such a fantastic bargain I had to buy as much as I could fit in my freezer. I’ve already made mince wellington, speedy stir-fry and party pies which all turned out well. My latest new mince recipe was Beef Patties wrapped in bacon. This was another great recipe from the October issue of Recipes Plus.

I skipped the photos of the first step as it’s the usual. Saute onion and garlic for about five minutes and leave aside to cool. In a big bowl, combine the cooled onion mixture, mince, egg, parsley, breadcrumbs (use cornflake crumbs to make gluten free) and mushrooms and carrots (these were my addition).

Season with salt and pepper.

Wrap the patties in bacon. I used pancetta for mine as I had some left over in the fridge. I always like to refrigerate patties before cooking so I put mine in the fridge for at least 30 minutes.

In the same pan used for the onion, cook the patties, seam-side down first for four minutes on either side.

Place the patties on a lined baking tray and cook at 180 degrees (fan-forced) for about five minutes. Serve with whatever your heart desires.

I still have about 2kg of mince left to use so if you have any great mince ideas please share them with me!

Serve with whatever you like. We had wedges and corn with ours. The patties were definitely the star of the show.