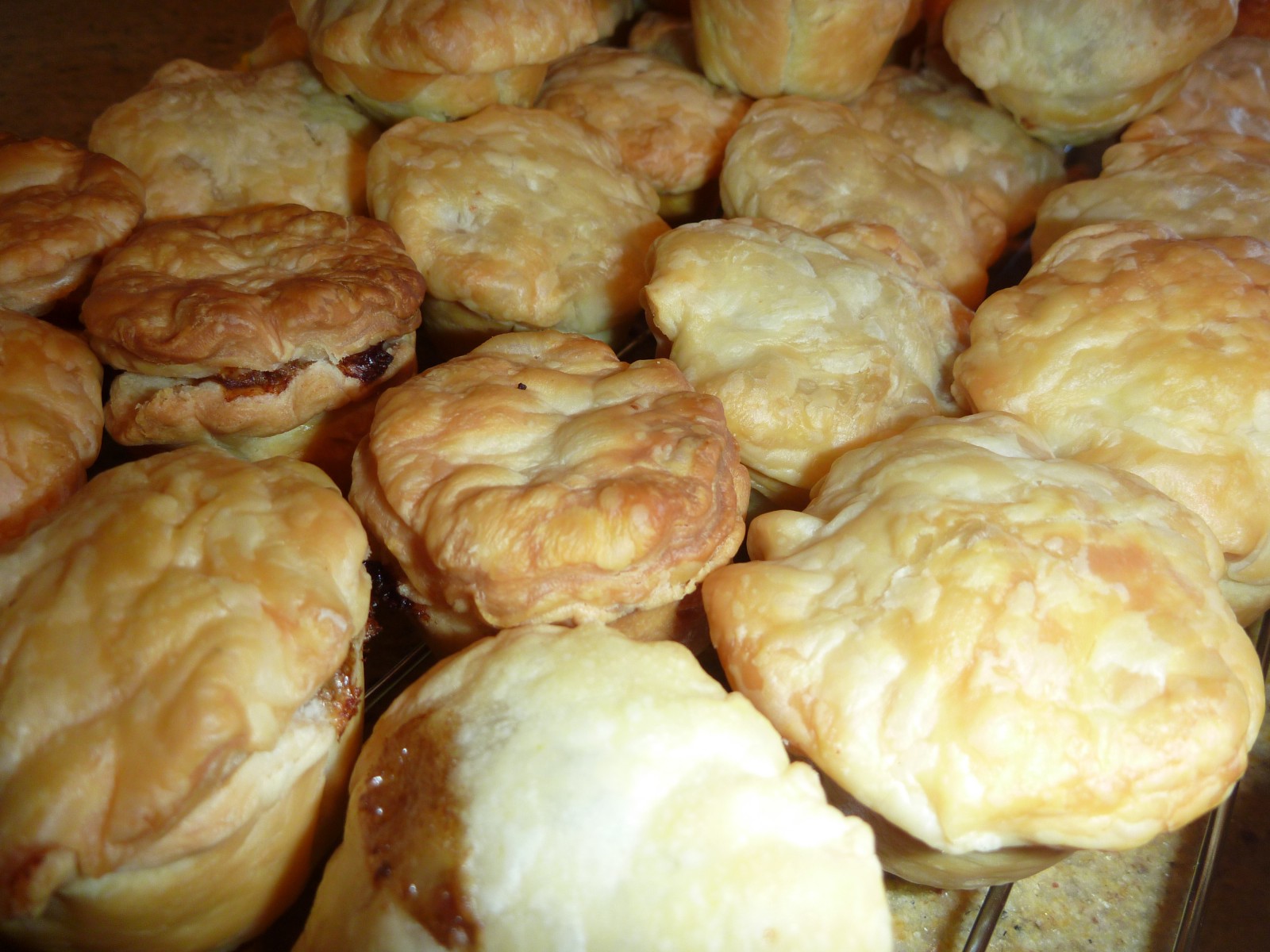 There aren’t many people who don’t like a good party pie. You could call them the Aussie party essential. You can imagine then that these were the first request for Will’s recent Birthday party. I’ve never actually made pies before but these were pretty easy and went down very well.

I forgot to take photos while I was making the filling. Sorry about that! Again it’s the usual first step – sautee onion (with some garlic this time) until the onion softens. Add the mince and break it up with a wooden spoon. Cook for about five minutes and keep breaking up the mince until it’s brown and separated. Add the carrot and mushrooms and stir until well combined. While the mince is cooking, mix the gravy powder and boiling water then add to the mince. Cook the mixture, stirring until it thickens. Set the mince mixture aside to cool for about half an hour.

Now I have photos…

Line well-greased mini muffin trays with the pastry circles and then place a spoonful of mince into each case.

Cut out 24 circles of puff pastry and place on top of the pies. I pinched my lids to the bases to seal them. Slash a hole in the top of each pie (to let out the steam) and then brush with egg.

Bake your pies for 20 minutes. When they’re cooked, remove them from the oven but leave them in the tin for 5 minutes before placing on a cooling rack. I froze my pies a week before the party. As long as they’re defrosted to room temperature before being heated (in the oven) they turn out just like they’ve been freshly baked.

I also used this recipe to make some bigger pies and they were just as good as the mini version.

This is the note from the recipe - You can freeze these pies for up to 1 month . Cool to room temperature, wrap in plastic wrap, (I didn't wrap mine individually. I stacked mine in a tupperware container with freezer go-between) then label, date and freeze. Place in the fridge overnight to thaw. To reheat, preheat oven to 180°C. Place pies on a baking tray and cover with foil (I didn't cover mine). Cook in oven for 15 minutes or until heated through.