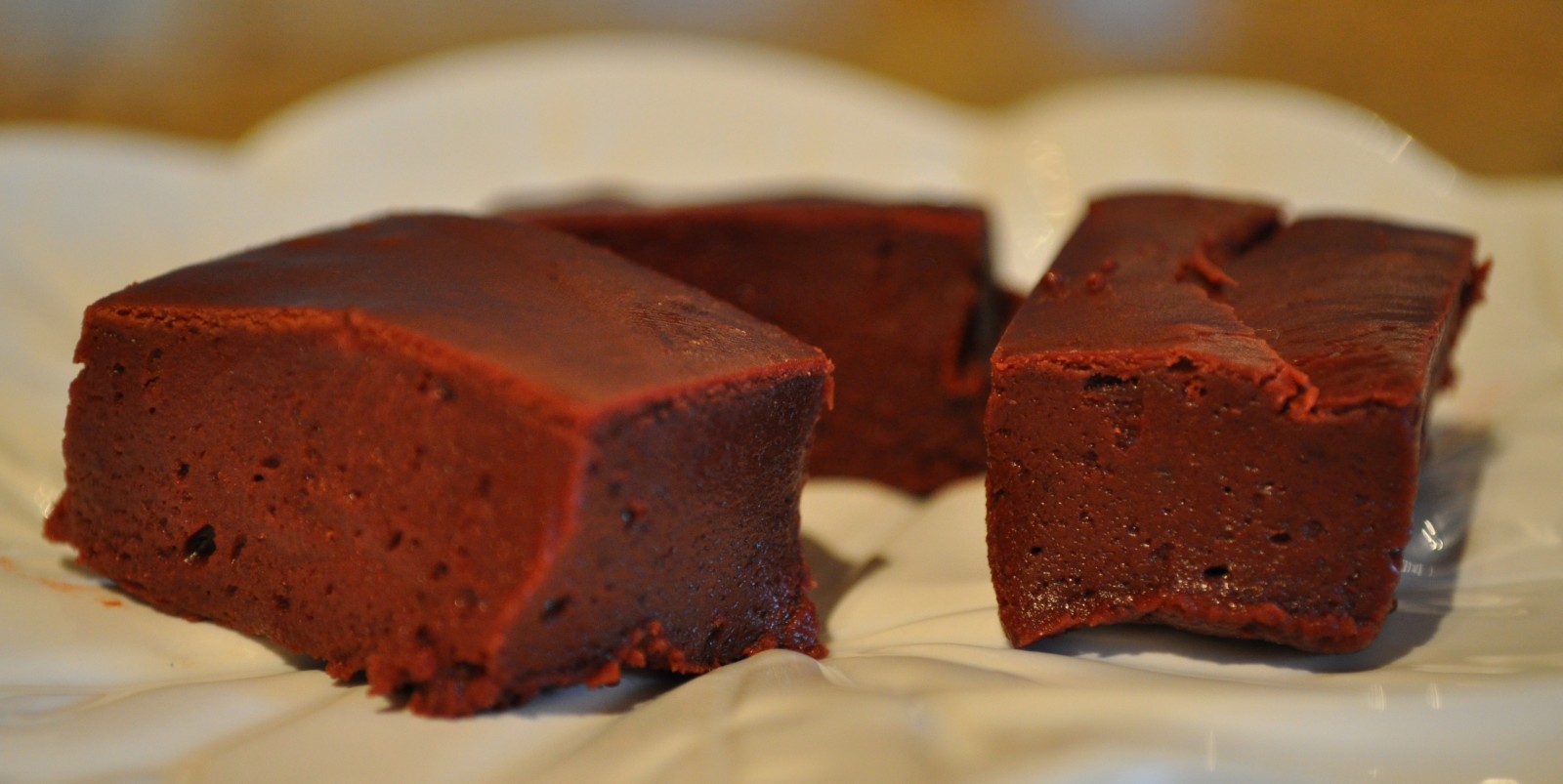 I’ve never made fudge before but boy have I enjoyed it. A lady I used to work with made the most delicious chocolate fudge I’ve ever had. Unfortunately her recipe is a well-kept secret so I was left to begin my fudge-perfection quest from square one. Red velvet seems to be quite popular at the moment so when I saw this red velvet fudge over at I am Baker, I had found my square one. I’d be lying if I said it was easy but it was worth it. I think you need to own a candy thermometer to get it right unless you really know what you’re doing. Although mine was a little on the soft side (I think I needed to heat it a little more) it was delicious.

Start the fudge by combining the sugar, cocoa, buttermilk and red colouring in a large saucepan. It will bubble significantly so make sure the saucepan holds about 5 times what you’re putting in there. I used fresh buttermilk from when I made vanilla butter. Stir the mixture to combine and bring it to the boil. Don’t scrape down the sides but continue to stir the mixture constantly.

Bring the fudge up to at least 238 degrees Fahrenheit. I didn’t think mine was ever going to get there. It seemed to sit at 200 degrees for-ev-er but it got to its destination eventually. I think this is where I made my mistake. It needs to get to at least 238 so you probably need to let it get a bit hotter than that before reducing the heat.

Reduce the heat and let the mixture simmer. It’s very very important not to stir it at all. Don’t touch it! I got a little lost at this stage as the original recipe didn’t specify how long to simmer it for. I just left it for a few minutes then removed it from the heat. Once you remove it from the heat, it needs to get down to 110 degrees Fahrenheit.

Transfer the mixture to the bowl of an electric mixer, add the vanilla and beat it until it loses its glossy appearance. It took about 15 minutes.

Pour the mixture into a greased and lined loaf tin. Make sure the paper extends over the sides and the ends (not like mine). I had a little accident pouring the mixture into the pan. Leave it to sit for a few hours until it sets. I had to refrigerate mine to get it to harden but I’m pretty sure that was because I didn’t heat it quite enough in the boiling stage.

When the fudge hardens, cut it into squares and enjoy!