Pumpkin and quinoa fritters with feta 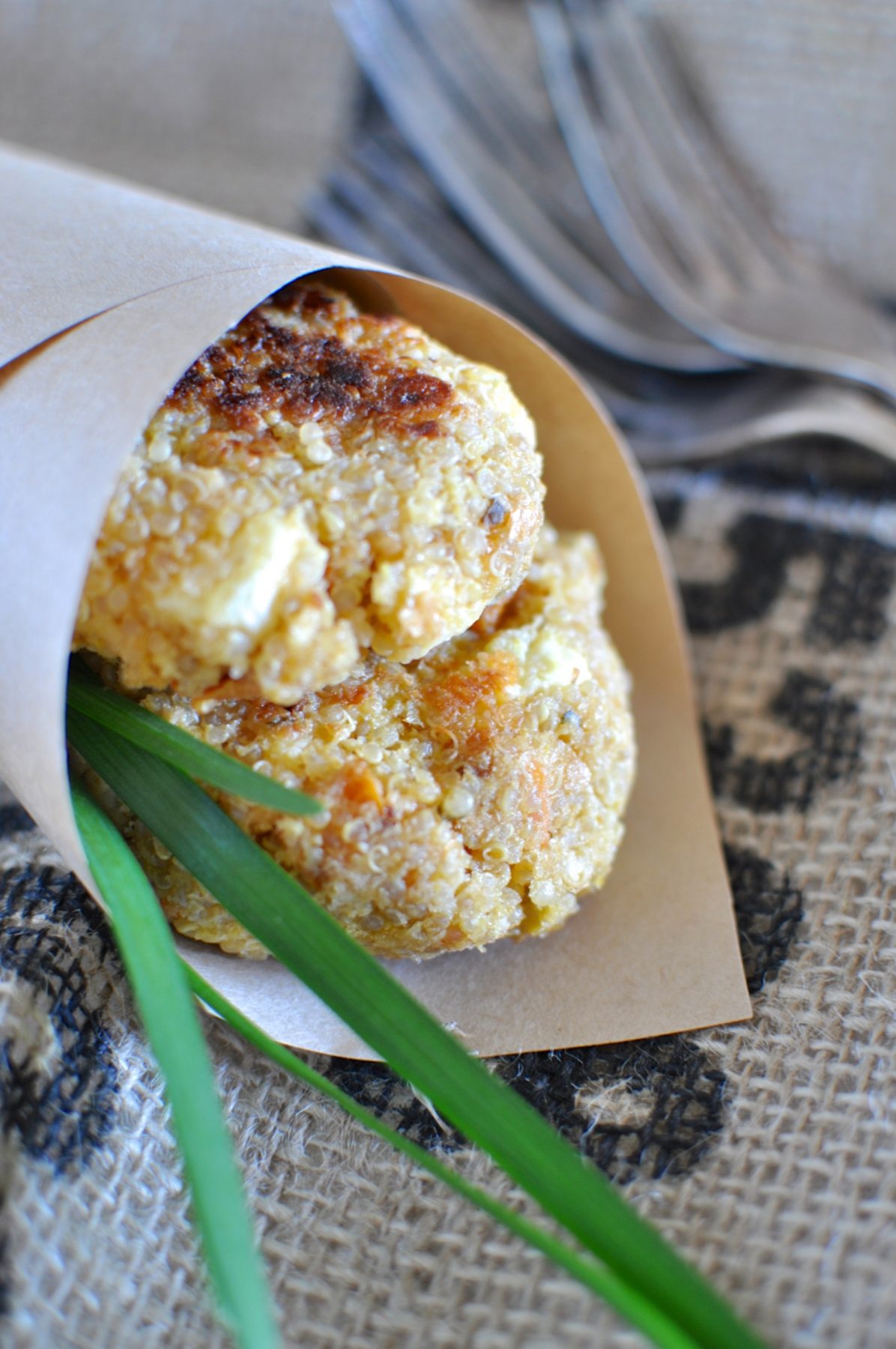 A few months ago, if you’d asked me how I feel about quinoa I would have said that we’re still not on the best of terms. I have had little success cooking it in the past with a few bitter attempts.

Then I tried the quinoa salad to end all quinoa salads at my cousin’s baby shower and I was determined to recreate it. So of course I did what I always do and Googled ‘how to cook the best quinoa’ and found this. It promised ‘tasty, fluffy’ quinoa so hesitantly I rinsed my quinoa, lightly fried it in the pan and then boiled it up with some chicken stock.

It was delicious. Light and fluffy and not at all bitter like my previous attempts. Since I discovered this method I’ve had a bit more confidence making the stuff and have to say, I’ve grown to enjoy it and no longer flick past recipes with quinoa. Pumpkin and quinoa fritters with feta actually came from the most recent Coles magazine.

Mother’s group lunch was up to the boy mums and I wanted something healthy so this fit the bill. I mixed up all the ingredients just as the recipe said but when it came time to shape the fritters there was no way it was all sticking together.

After a few adaptions of my own, the slightly rustic looking fritters emerged. They were super tasty and made the perfect easy-to-eat lunch. I think they’d also go well as a side dish or a bring-a-plate for a barbecue.

They do have breadcrumbs so aren’t gluten free but there are heaps of things you could substitute them for (none of which are popping into my head right now but if you’re gluten intolerant I’m sure you know what they are!). I’m not sure how they’d freeze but they can be made a day ahead and re-heated in the oven. Enjoy!

What about you? Are there any foods you weren’t a fan of that have become favourites recently?