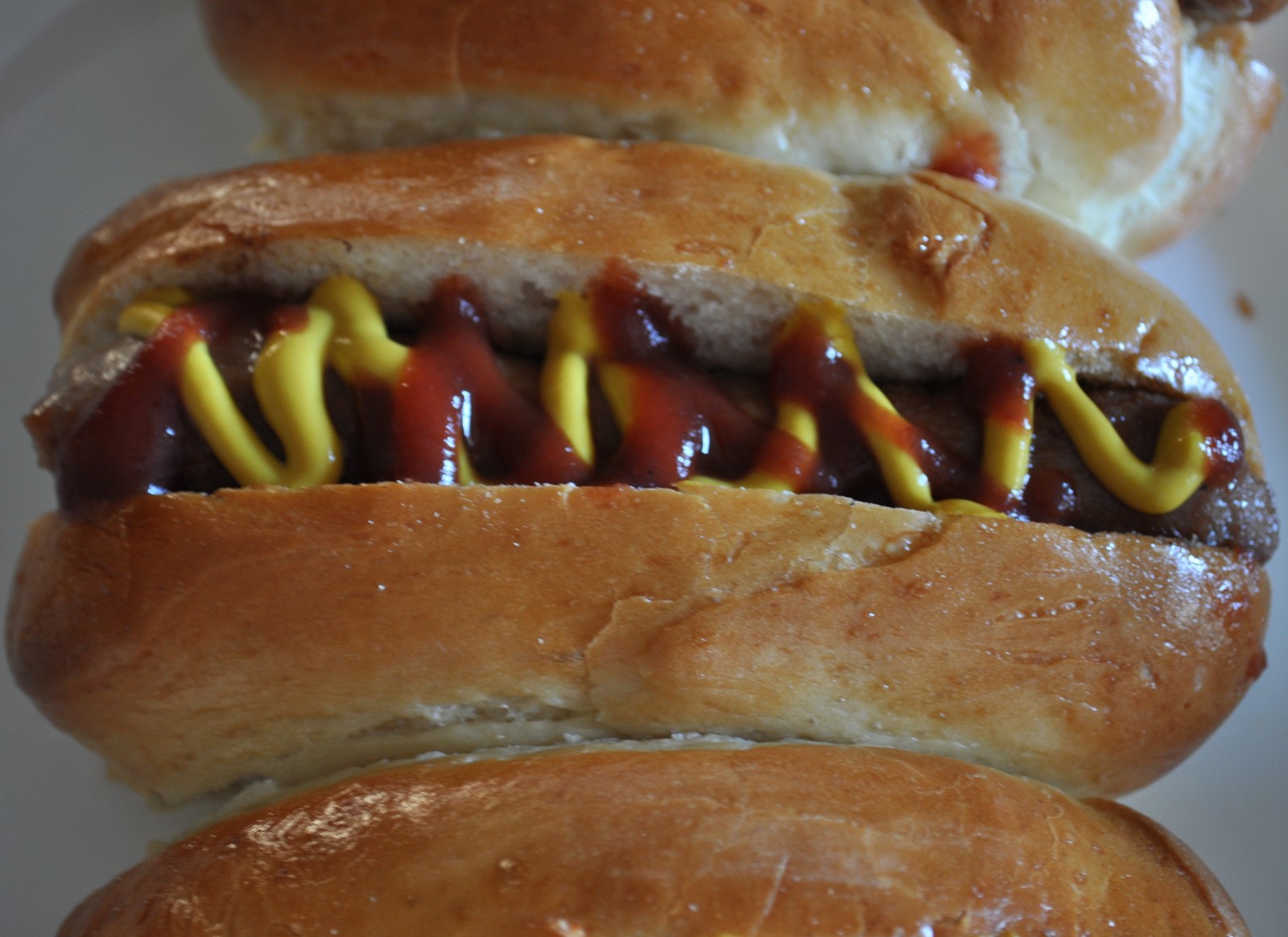 Hot dogs are a regular weekend lunch at our house. I don’t know what’s so exciting about a barbecued sausage in bread but I love them so of course when I saw this recipe for hot dog buns on Annie’s Eats I had to make them. There are a few requirements for the perfect hot dog bun. It must be soft on the outside, not crunchy and be soft and fluffy on the inside. I’ve never found a bakery bun that meets these criteria so I normally buy the supermarket variety that come in a bag. I’m sure there are a lot of preservatives and other nasties in this type of bread but they were the only ones that fit the bill. That is until now. This recipe produced soft, fluffy rolls that were just perfect and they weren’t difficult to make at all.

In the bowl of an electric mixer mix the yeast, sugar and water together.

Add the milk, oil and salt and then 3 cups of the flour.

Spray a bowl with oil and turn the dough out into it. Flip it over so that it’s coated in oil then cover the bowl and leave it to rest until it doubles in size. Mine took about an hour.

This is what my dough looked like after the hour.

Weigh the dough then divide the weight by 9 so you know what each roll should weigh. Cut it up into nine portions.

Roll the balls into logs and place them on a lined baking tray so they’re almost touching and press them down slightly. Next time I’ll make mine a little bit longer and skinnier. Cover them with a tea towel and leave them to rest for about another 45 minutes.

Sprinkle the rolls with sesame or poppy seeds if you wish to use them. Bake the rolls at 185C/365F fan-forced for 18-20 minutes or until they are golden on top.

Yum! The ones on the right are a little bit burnt but the rest were perfect. I’ll check them just before 18 minutes next time.

Transfer the hot dog buns to a wire rack to cool.

This comes down to personal preference. Some people like to cut hot dog rolls like a bread roll but I like to cut the top down the middle.