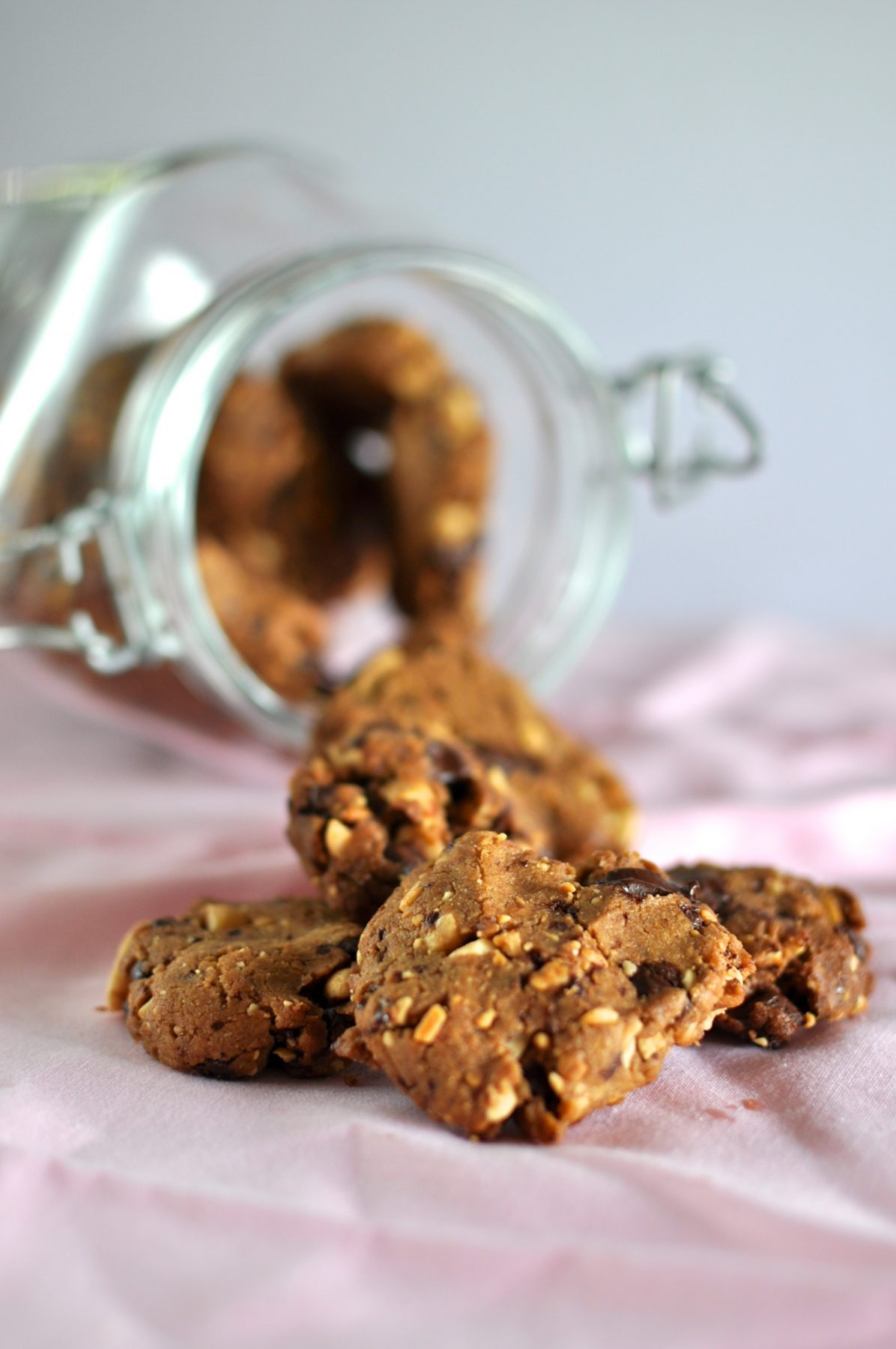 See what a problem I had? Eventually the biscuits won out and I reluctantly spooned the precious golden paste into the batter. When it came time to roll the balls of dough to make gluten free chocolate peanut butter biscuits I was seriously dubious.

I just couldn’t see how the ingredients were going to come together in the oven to make anything even remotely resembling a biscuit but I shoved the tray in the oven and hoped for the best.

Wow was I rewarded for my leap of faith (yes when really good peanut butter is being sacrificed it’s a leap of faith). What emerged from the oven was a golden disc of crunchy, peanutty, chocolatey goodness. They were a little bit crumbly but that is about the only negative thing I could say about them.

At last the cookie jar was re-stocked although it’s now in need of another bake-up. If only I had more peanut butter. Enjoy!

What about you? Do you ever have dilemmas about using good ingredients in cooking for fear of wasting them?