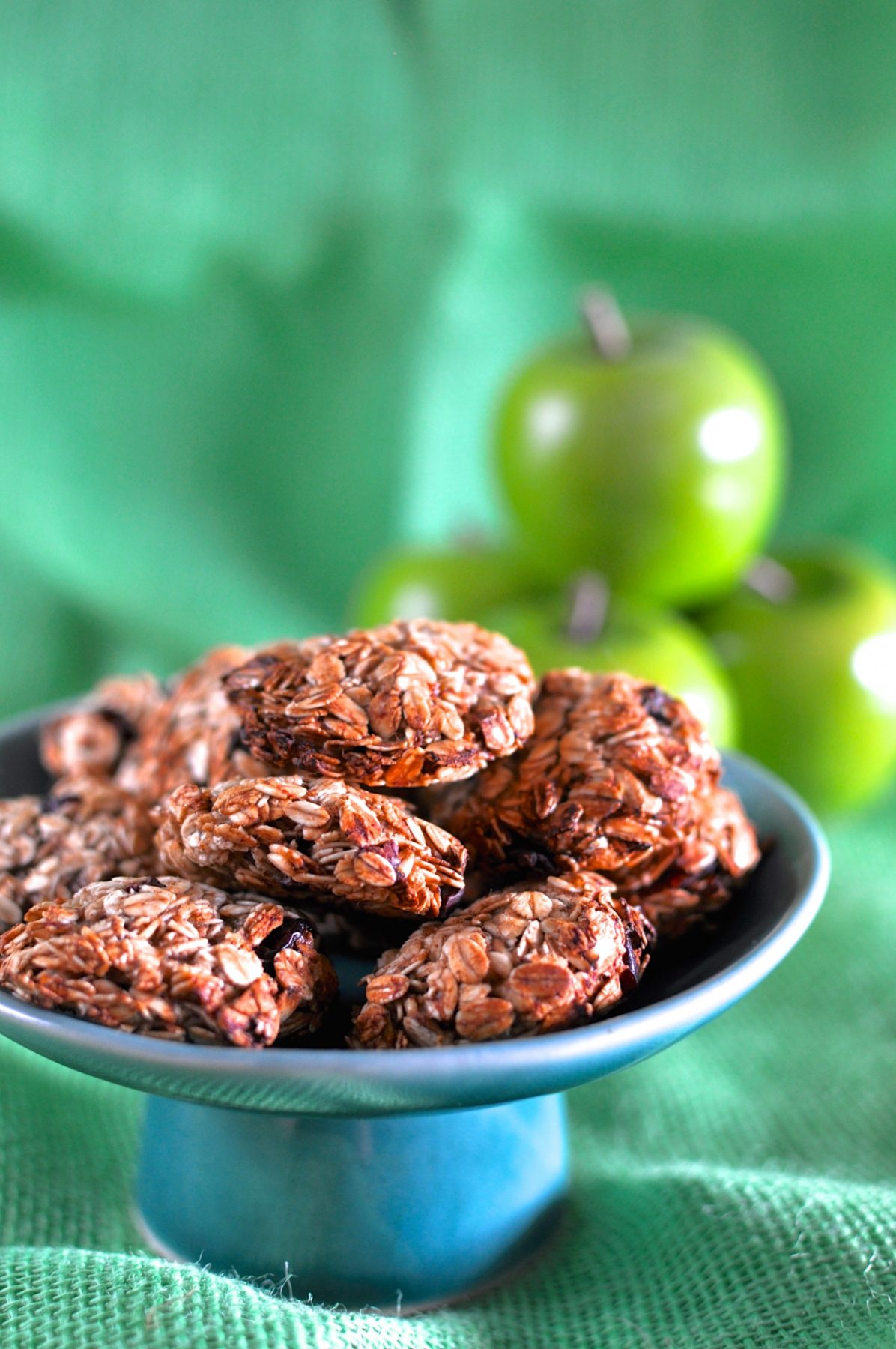 You know those recipes that you see that immediately make you run to the kitchen to try? For me it’s either that they look so ridiculously tasty I have to have them or they seem so easy I must give it a go to believe it. When I saw four ingredient banana oat biscuits on @healthyalways‘s profile on Instagram I had to make them.

I really didn’t believe that mixing banana, oats, dried fruit and choc-chips could possibly result in anything resembling a biscuit. I stand corrected. Now before you read the ingredients and say ‘Claire you clearly can’t count, you’ve listed 5 things,’ let me just tell you – I can’t have banana baked goods without cinnamon. The two just can’t exist on their own. If you don’t agree then feel free to leave the cinnamon out.

These are so simple to make I whipped them up in just a few minutes while Ollie watched me from his chair. You just squish everything together and make some balls then bake them. It’s really that easy. I used craisins as my dried fruit and some cacao nibs for the choc-chips so these are also vegan and if you source gluten-free oats, they’re gluten-free too.

Now I will give the disclaimer that these aren’t super pretty and the texture is a little chewy but I was hooked. I gobbled up most of them in just a few days. I’d describe them as a cross between banana bread and a biscuit only much healthier than banana bread. If you’re looking for healthy treats or snacks then what are you waiting for? Get in the kitchen! Enjoy!