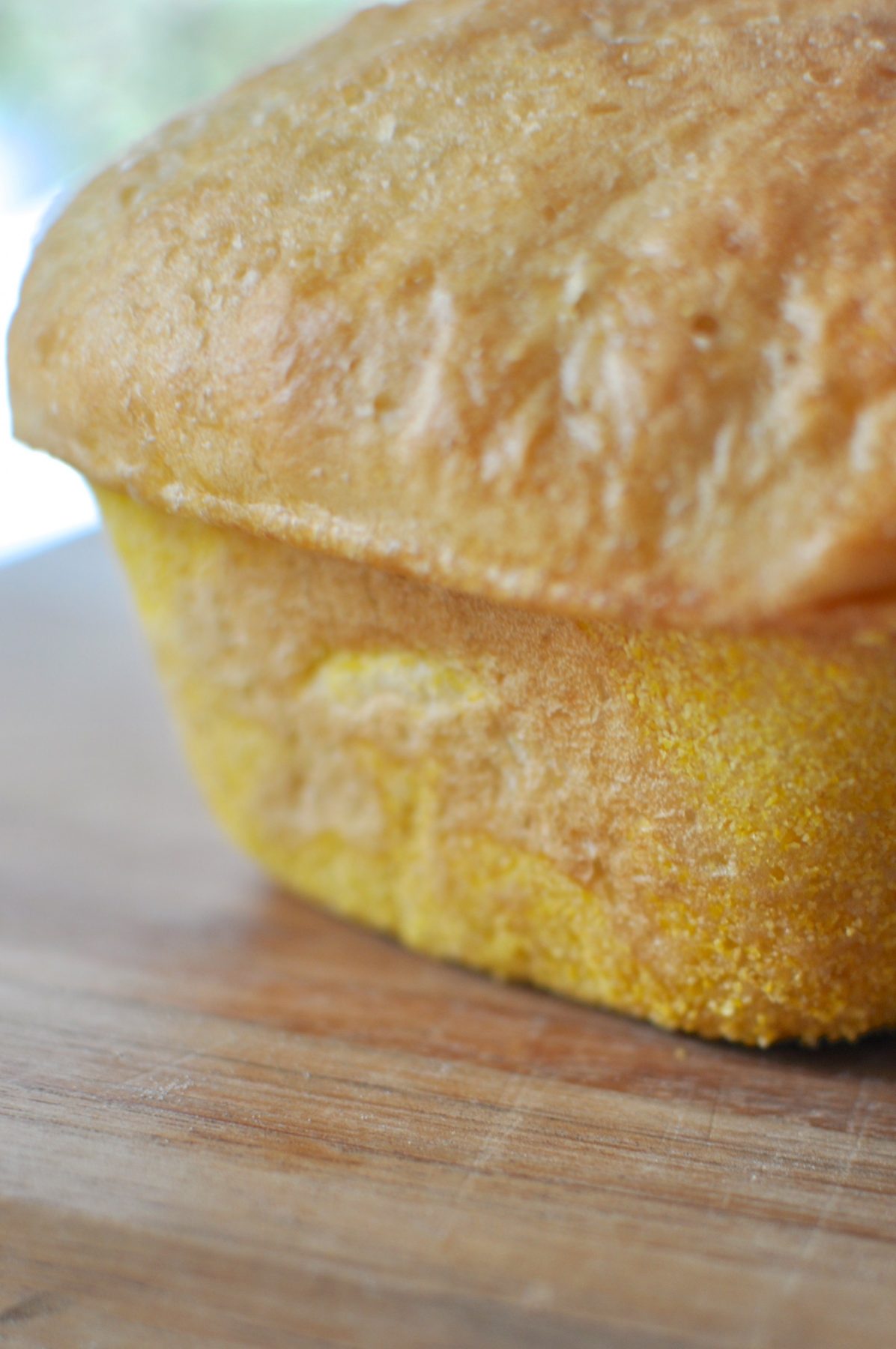 Apart from the fact that this bread was so good it doesn’t need any fancy styling to detract from the star of the show, there is a reason for its severe lack of styling. Friday morning I woke up feeling quite off. I decided to ditch my walk. I felt like I really needed to eat something and fast.

The thought of my regular smoothie turned my stomach and immediately my brain went to vegemite toast. I thought it must have been a delayed attack of morning sickness, which I luckily escaped in the first trimester but I was wrong. The only bread we had was this loaf of English muffin bread that I’d made the previous day which was sitting, un-cut on the bench waiting for its photo shoot.

I whacked it in front of the window and snapped a few shots then sliced off a few slices and clicked the camera a couple more times. I must add, it sliced very well. I’ve always wanted one of those bread-slicing guides because cutting even pieces is not my forte but this loaf made me look like a pro.

I threw one of said slices in the toaster then smeared it with a little butter and lots of vegemite and took about two photos before gobbling it up standing over the poor excuse for a photo set up. The morning went downhill from there with a trip to the doctor confirming that it wasn’t morning sickness it was a nice dose of gastro which apparently is rampant in the area at the moment.

On the plus side I got to hear bubba’s heart beat again which almost made it all worthwhile.

If another good thing came from my little bug it was discovering how good this bread is for toast. You know how English muffins are pretty tough and don’t tear when you’re spreading toppings on them like some bread does? That’s exactly what this loaf is like. It toasts nice and tough but it’s still really soft and fluffy in the middle with a nice crunchy crust coated in cornmeal.

Will made me my vegemite toast on Friday night and thought it looked so good he had the same himself later declaring it ‘the best toast bread ever.’ I have to say I agree with him. No I haven’t given up on sourdough, it will always be my favourite but this is definitely second in line when it comes to good toast. Enjoy!