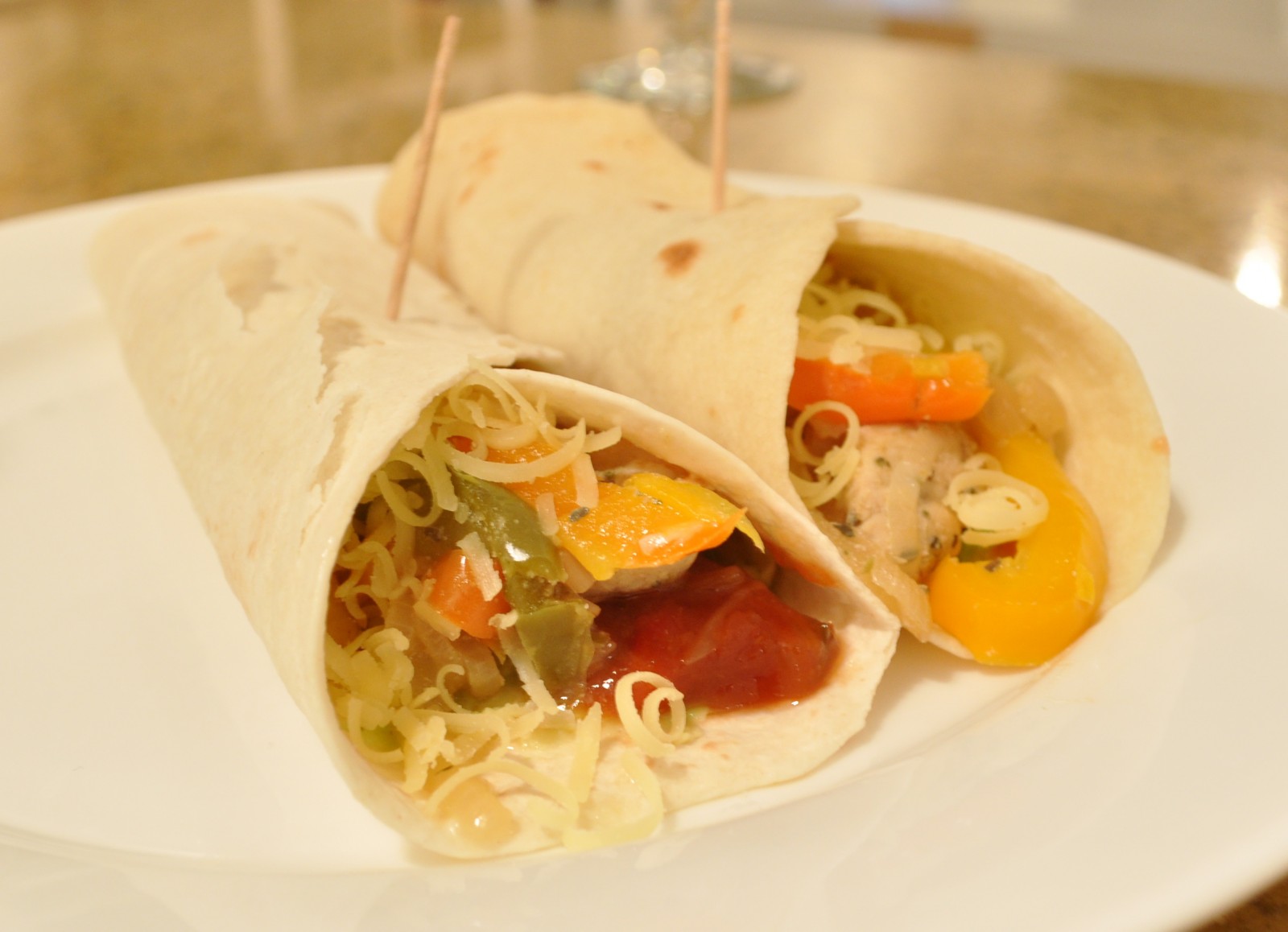 If I’ve said it once I’ve said it a thousand times, I love Mexican food. In the past, I’ve used the packet mixes that Old El Paso makes because I thought making something so tasty from scratch must be difficult. As it turns out, creating your own Mexican feasts at home from scratch is actually quite easy. My first no-box-or-jar meal was burritos with homemade tortillas. So delicious they were that when I saw Nigella’s recipe for fajitas in ‘Kitchen,’ I just had to make them. They’re bursting with flavour, easy to make and most of the ingredients are pantry staples.

The day before I made fajitas I was doing some vegetable chopping so I decided to get it all done at once. If you have a vacuum sealer, you can prepare chopped veges quite a few days ahead and they come out just like they are freshly chopped.

Heat the oil in a large pan and cook the onions until they soften.

Add the capsicum (pepper) to the pan and toss them around and cook until they are soft as well. It took about 15 minutes from starting the onion. I have to confess, Nigella would hate me using green capsicum in this. When I watcher her make it on ‘Kitchen’ she professed her hatred of the green ones but I compromised and used a yellow, orange/red and a green. They yellow and red are just too expensive compared to the green. When the vegetables are soft, remove them to a dish and keep them warm.

Heat a little more oil in the pan then add the chicken and its marinade and cook until the chicken is almost cooked through.

Back goes the capsicum and onion

Return the veges to the pan and toss them around. Cook the fajita filling until everything is piping hot and the chicken is cooked through.

Turn the fajita filling into a serving dish ready to serve up with the accompaniments. I prepared mine in the morning and kept it in the fridge all day then gave it a quick microwave at dinner time. I don’t like having to cook when guests have already arrived and try to do as much in advance as I can.

Wrap up the filling and accompaniments in a warm tortilla. I followed the fajitas with another Nigella recipe for dessert – Apple pandowdy. Enjoy!