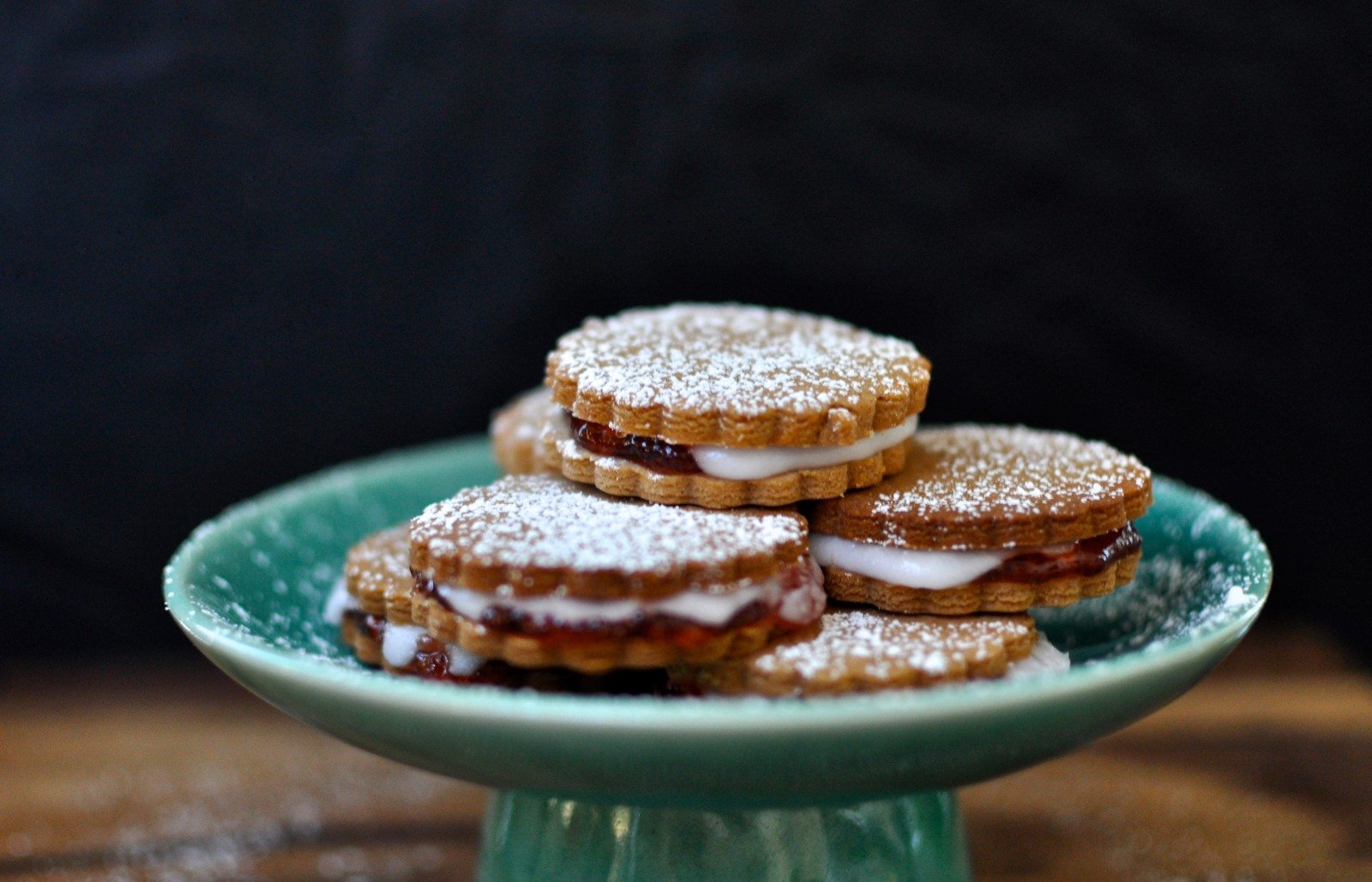 I’m quite a visual person. With my sewing, I’ve never followed a pattern, I prefer to eye it out or ‘copy’ an item that I already have. I like IKEA’s assembly instructions that are all images rather than something telling me to put the left thingimy on top of the right thingo making sure it lines up with the thingedybob on top.

I’m no different when it comes to recipes. Sometimes no matter how clear the instructions might sound to someone else, without a visual, I’m unlikely to create anything resembling the original.

These Belgium biscuits were a victim of lack of visual aid. Though they tasted great, they’re not exactly what the cook book author had in mind when they wrote the recipe. At least now you can make them how they’re meant to be.

Start by beating the butter and sugar together in the bowl of an electric mixer.

Scrape down the sides with a spatula and add the egg then beat it through.

Take the bowl off the stand and sift in the flour, baking powder, cocoa and spices. Then you can either put it back on the stand and mix it all together or use a spoon. You could have guessed that I used the mixer. Mix it until the dough comes together in the middle.

Turn it out onto a floured surface and shape the dough into a ball. It was easiest to work with half the dough at a time so I cut it in two and set one piece aside.

The dough at this stage smells rather amazing. It took a little bit of control not to nibble a bit off.

Use a floured rolling pin to roll the dough out to about 3mm thickness then cut out rounds with a 6.5cm cutter. I thought I’d go a bit fancy and use the cutter with a scalloped edge. I wasn’t sure the dough would hold the shape while baking so I tried one out before I cut them all like this.

It actually kept it’s shape really well so would be another good recipe to use for shaped biscuits like tea bag biscuits.

Place the dough rounds on the lined trays leaving just 2cm between each one. They don’t really spread at all.

Bake the biscuits at 180C fan-forced for 15 minutes or until they are golden.

Leave them to rest on the trays for 5 minutes.

Meanwhile make the icing by mixing the icing sugar, essence and colouring with a little water until it becomes spreadable. Start with about a tablespoon of water and add a little at a time. If it gets too runny, add more icing sugar.

Transfer the biscuits to a wire rack to cool completely.

Now here is where my lack of visual aid got me into a bit of trouble. The recipe simply said ‘ice half the biscuits and coat the un-iced biscuits with jam.’ Re-reading it now, I can totally see what it’s meant to mean.

As the end result still tasted the same as what they should have, I dusted them with icing sugar and pretended that’s exactly what they were meant to look like.

The combination of spices, cocoa, icing and strawberry was quite a treat. Enjoy!

What about you? Do you need to see things to work out how to do them or are you ok with written instruction?