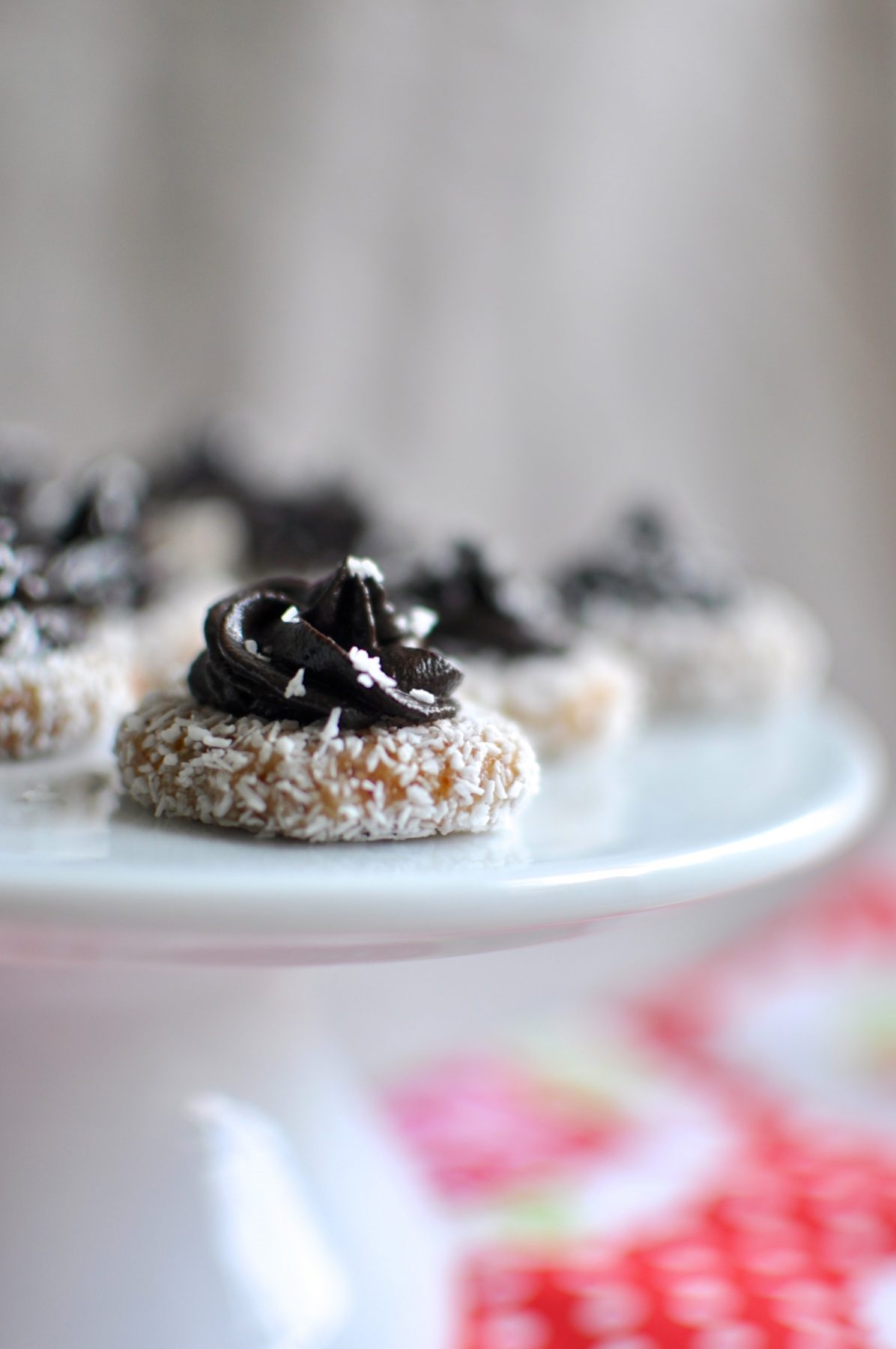 Chewy, no-bake biscuits crusted with coconut and topped with a smooth, rich, chocolate ganache finished with a dusting of desiccated coconut. Sounds mouth-watering doesn’t it? It sounds like something you could only have one of because they must be seriously naughty. It would appear that if you have a lack of self control when it comes to chocolate you, you shouldn’t have these in your fridge. Right?

I certainly was feeling pretty guilty savouring the chocolate flavour still in on my tongue after eating 3 in quick succession. They’re so rich and moreish you’ll be forgiven for grabbing for a second before the first has even been swallowed.

What’s this photo got to do with these naughty little morsels? That’s all that’s in the base! My no-bake coconut macadamia biscuits with chocolate icing are actually really good for you. Surprise! They started out as an attempt to make a ‘chocolate cheesecake’ recipe from Super Food Ideas.

Can you say failure? I don’t know what I did wrong but my cheesecake bases looked absolutely nothing like they did in the magazine. They tasted amazing but there was no way they were going to hold their shape as a base and support the filling. ‘Come on Claire, think!’ Yes I actually said that to myself. I grabbed a little bit and smeared it with icing. Oh yes there was no way any of this was going to waste, just had to think of a pretty way to present it.

What’s with the banana and avo? That’s what makes the icing so wonderfully creamy. Seriously, this stuff is so good I ate the leftovers by the spoonful. It would make a very luscious pudding. I rolled little portions into balls then flattened them a little and coated each one with desiccated coconut. They’re pretty soft so make sure you keep them in the fridge until just before serving.

I piped on a pretty little rose of icing then a sprinkle of coconut topped them off nicely.

I’m not on any particular diet but these happen to be gluten-free, dairy-free, refined-sugar-free and vegan. I think that ticks a box for nearly every allergy (except nuts). Enjoy!

What about you? What would you have done with the failed bases? Would you try something ‘chocolate’ made with avo and banana?