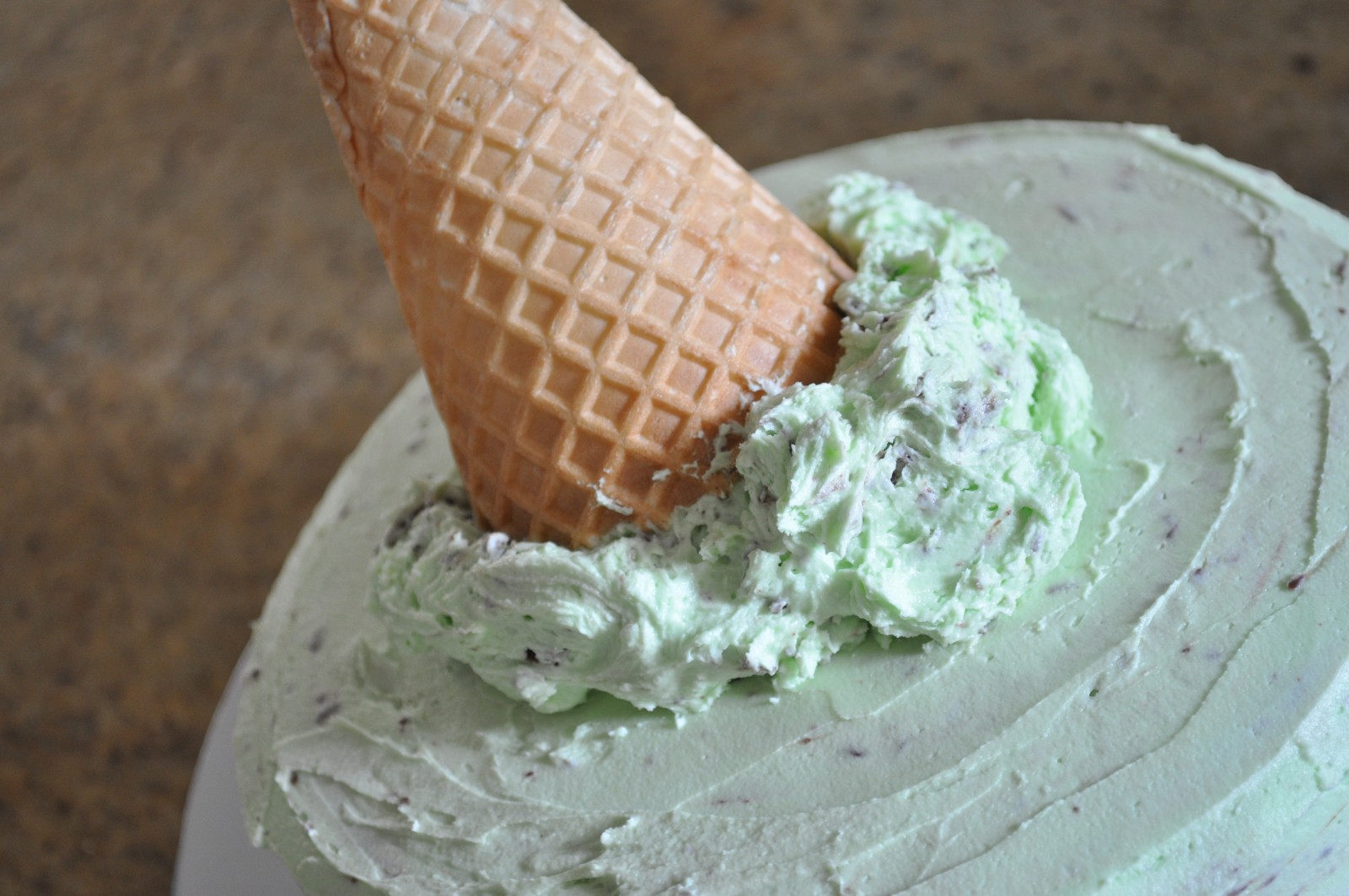 As you probably read, yesterday it was my dad’s 60th Birthday. We took him out to dinner to celebrate and of course I jumped at the chance to make the Birthday cake as I always do. Dad is a big lover of all things mint (I seem to have been passed that addiction too) so I thought a mint-chip themed cake would be perfect. My inspiration came from a cake I pinned on Raspberri Cupcakes a few months ago. There were only eight of us for dinner so I scaled it down a little.

The Birthday boy eating his ‘ice-cream’

Given that dad and a few others at the table were totally convinced it was mint ice-cream, I think I succeeded. Even after we told him it wasn’t ice-cream he insisted on scooping a big blob into the cone and eating it as if it was. I did make it authentic though – the icing was mint chocolate chip flavoured and I have to say, it was one of the most delicious icings I have ever made. Combined with the rich chocolate cake it was just perfect.

The recipe for the icing is below and I made up half the recipe for my secret mudcake. I coated the cake roughly with icing and left it to set overnight. This is to hold all the crumbs in so you get a nice smooth finish on the end product. It actually didn’t matter too much if crumbs got into the icing in this cake – it added to the choc-chip look.

Layer two and the ‘ice-cream’

I then coated the cake with another layer of icing making sure it was nice and smooth. I used an ice-cream scoop to make blobs of icing and plopped them on the top. I think they look like luscious gelato. It took a lot of control not to eat it all!

On with the cone

Then it was time for the finishing touch. I stuck a skewer into the cone then angled it into the cake and pressed it into the icing. It probably would have stayed without the skewer but better to be safe than sorry.

How cool are sparklers?! I was very impressed with the way the camera caught the sparks as they flew.

The lovely people at Viale Cannova plated it up beautifully. Dad had a wonderful Birthday and the celebrations are continuing up at Sunshine Beach this weekend. What about you? Who makes the Birthday cakes in your family?