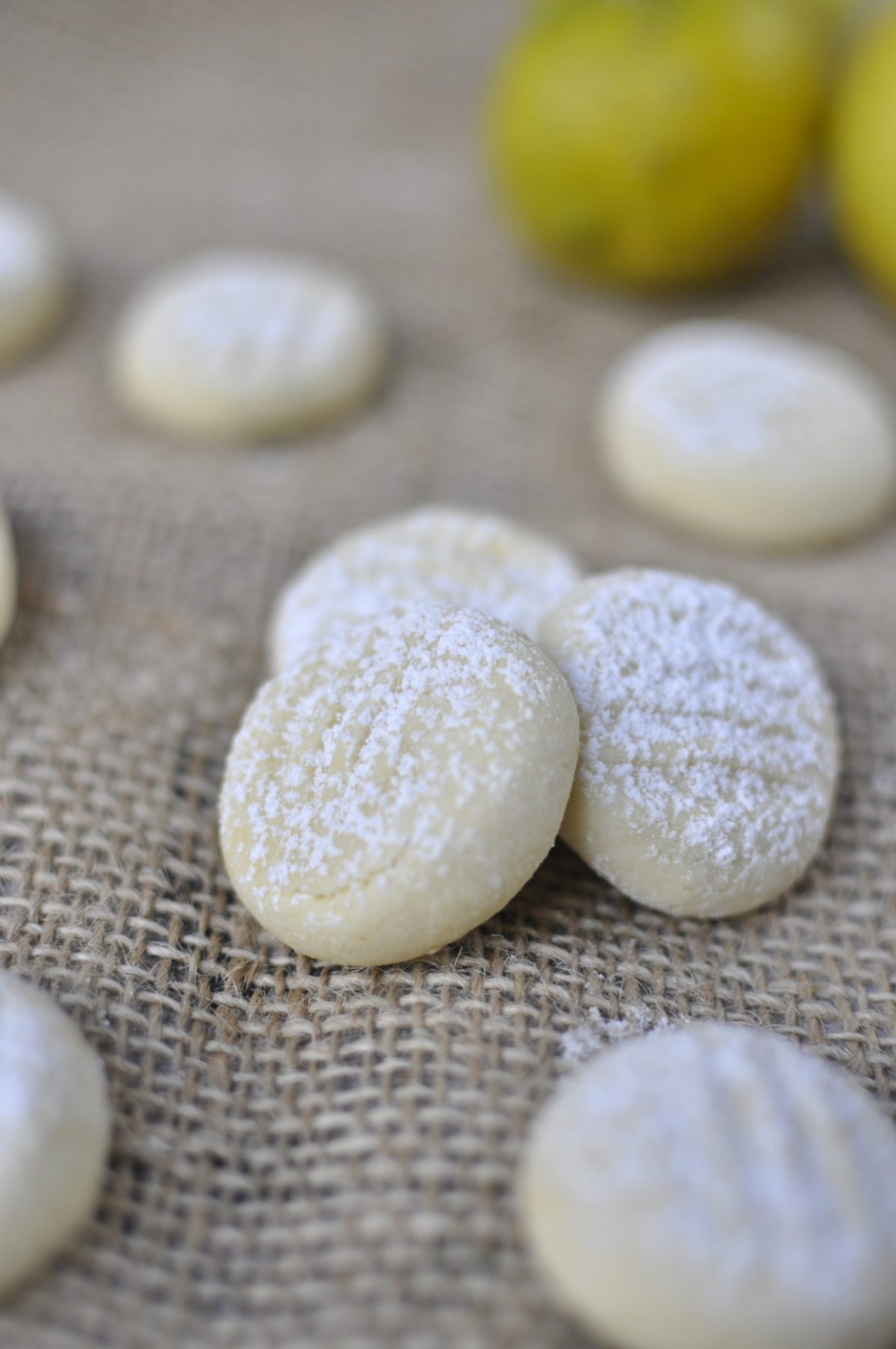 Surprise surprise look what I’ve got for you today… another lemon recipe! Last time I posed the question of what should I bake next with my luscious lemons, the lovely Katy Potaty suggested lemon and ginger shortbread. I don’t like to disappoint so these are for you Katy. These aren’t shortbread in the traditional sense but this is my childhood shortbread.

When my grandpa used to come to visit from Sydney mum would always make him his favourite biscuits which were really a melting moment that looked just like these but we called them shortbread.

I can still remember how the buttery biscuits used to melt the second they hit your tongue. You could be excused for eating a few in quick succession as you hardly know you’re eating them until you get a stomach ache an hour later from over-consumption (who me, no never!).

My dear husband who used never to eat my baked goodies, devoured the last of these on the couch the night before last watching Offspring. Side note… who do think will die? Luckily I said yes when he offered me one first or I would have totally missed out.

The ginger flavour is quite subtle with the lemon taking the front seat but I love the hint of spice it gives. You could leave it out if you like but you’d be missing out.

They keep surprisingly well in an airtight container too. I think I made them on Thursday last week and they were still just as fresh a week later (not that they should have lasted that long but I was trying to exercise restraint). Enjoy!

So tell me, what should I make next with my lovely lemons?