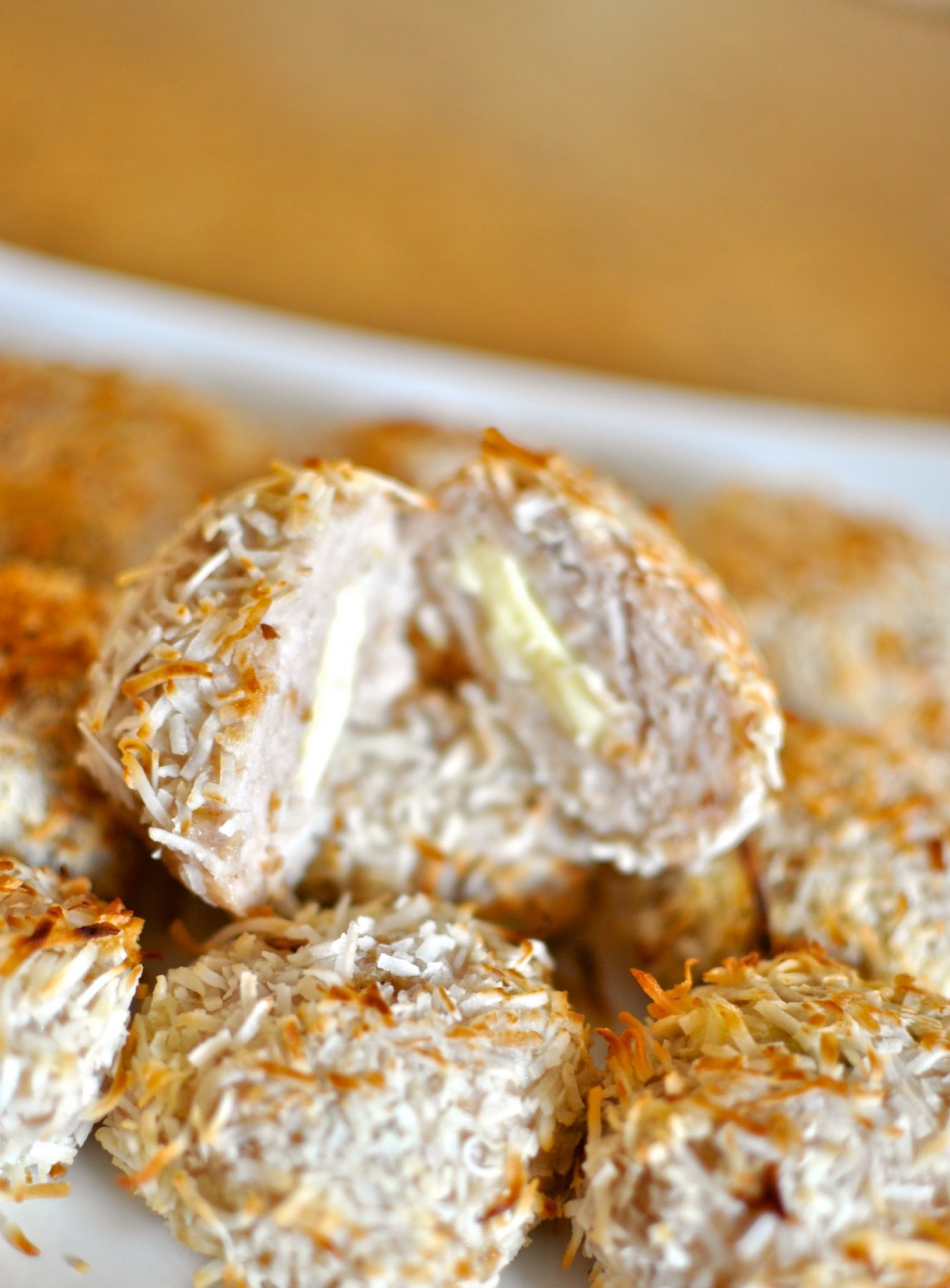 ‘What made you think to crumb them in coconut?’

‘I have no idea, maybe making lamingtons this week?’

I tend to get on a roll with things. I start using an ingredient, love it and use it in everything until I get sick of it and move on to the next thing. That would explain my lamington whoopie pies and coconut panna cotta lamingtons both in the one week. I’m still not over coconut, it’s just so versatile and delicious.

Why haloumi with coconut though? Well, feta tastes pretty good stuffed inside all sorts of things so I figured haloumi might have the same effect. I had my doubts though. Would it melt? Would it get that essential squeak when you bite through it if it didn’t have contact with a pan? Would all the flavours play nice together?

I had such doubts I didn’t think they’d be blog-worthy so only snapped a few quick pics before serving them for lunch. I really should have more confidence though because these were fantastic. The coconut provided a sweet and crunchy crust. The chicken was tender and fresh from the lemon zest and the haloumi was perfectly squeaky and soft.

You could make these gluten free if you use a gluten-free alternative to the breadcrumbs, you just need something dry to bind the mince. I found Lilydale free-range chicken mince on sale for $3.50 for 500g because it was expiring that day. You know I bought up big and stocked the freezer.

The haloumi was a find at the supermarket. You’d think I would have discovered it on my haloumi quest but I’d never noticed an organic version. It’s actually stocked in most supermarkets.

If you wanted to you could leave it out (I’d judge you a little though) but they also provide a little bit of extra moisture for the chicken making it nice and juicy in the middle.

They’re best eaten fresh from the oven. I had a few left over and microwaved them the next day and while they were still delicious, the haloumi exploded out the sides a little and got a bit dry.

You can make the raw nuggets up ahead of time and then cook them just before you want to serve them. Enjoy!

What about you? Do you get on a roll with certain ingredients?