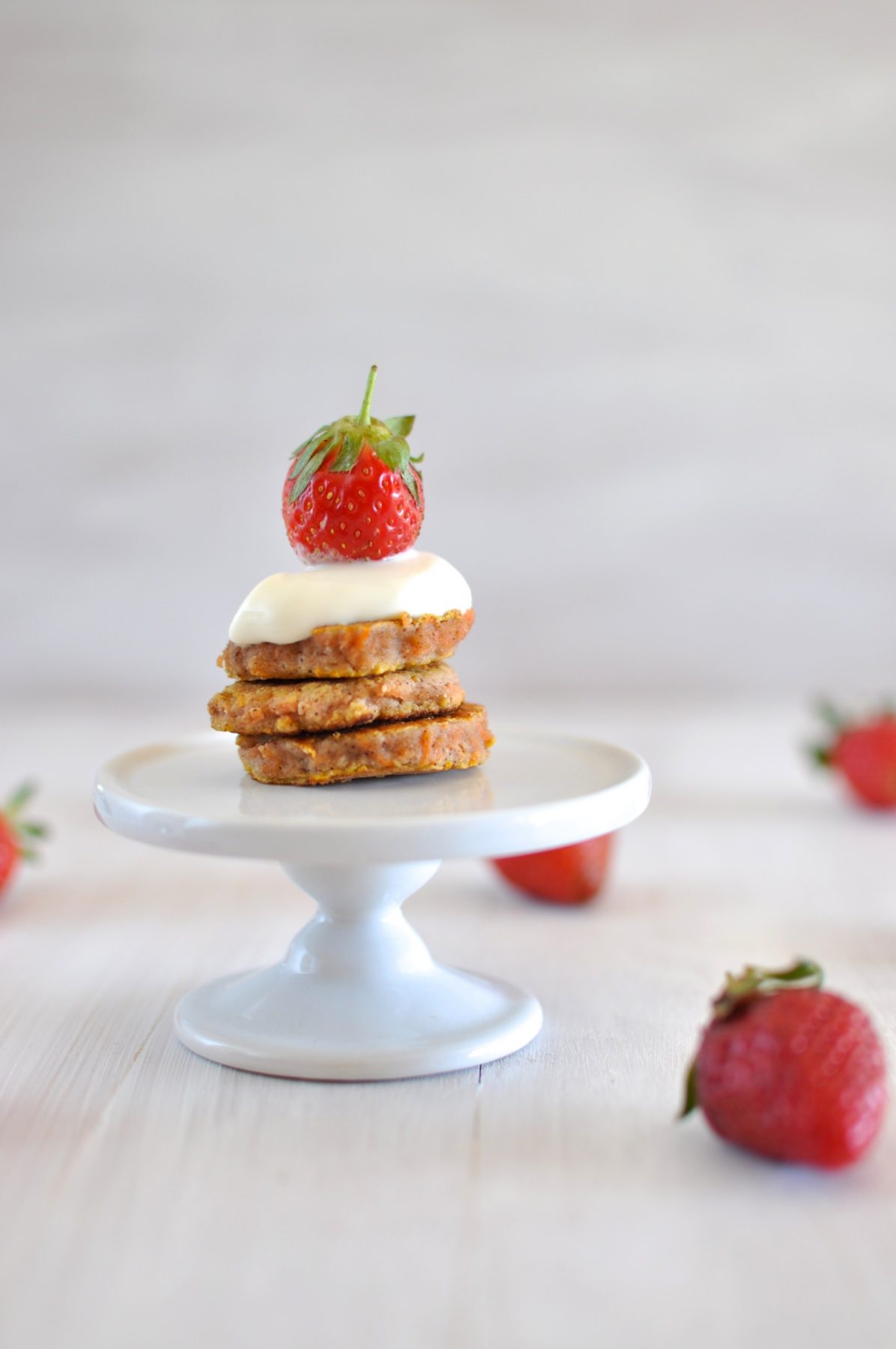 I have been meaning to make some more snack-like foods for Ollie for a few weeks now. I’m talking finger foods that I can give him to nibble on while I’m making his meal to distract him for a little while.

I’ve never met a kid who didn’t like pikelets so that was my first thought. I’ve seen those banana and egg ones around the blogosphere and tried them myself last year but wasn’t too keen. The idea seemed great but they were a bit eggy for my liking.

They did get me thinking about other combos though. When it comes to Ollie, I only want to give him foods with nutritional bang for buck so there had to be some veges in there too. Crazy brain got thinking ‘what about carrot cake pikelets.’

While Ollie played with the spatula in his highchair I got a mixing and a few minutes later was munching on the first of my gluten free carrot cake pikelets.

I tasted another one or two and gave them the virtual (ok real) thumbs up. Then I snapped the photos and ate the props. I stashed the rest of them in the fridge for Ollie for later.

Mid morning the next day I got the nibbles, spotted them in the fridge and promptly gobbled the rest. Oops. I guess I’ll have to make another batch for Ollie soon.

The coconut flour was all they needed to go from omelet (what I think the banana and egg version is a bit like) to pikelet. Sure these aren’t your regular pikelet and they do taste healthy, but a bit of coconut yoghurt or yoghurt smeared on top makes them just perfect.

What about you? Have you tried banana and egg pikelets? What did you think? What flavour combo would you like to see in a pikelet?