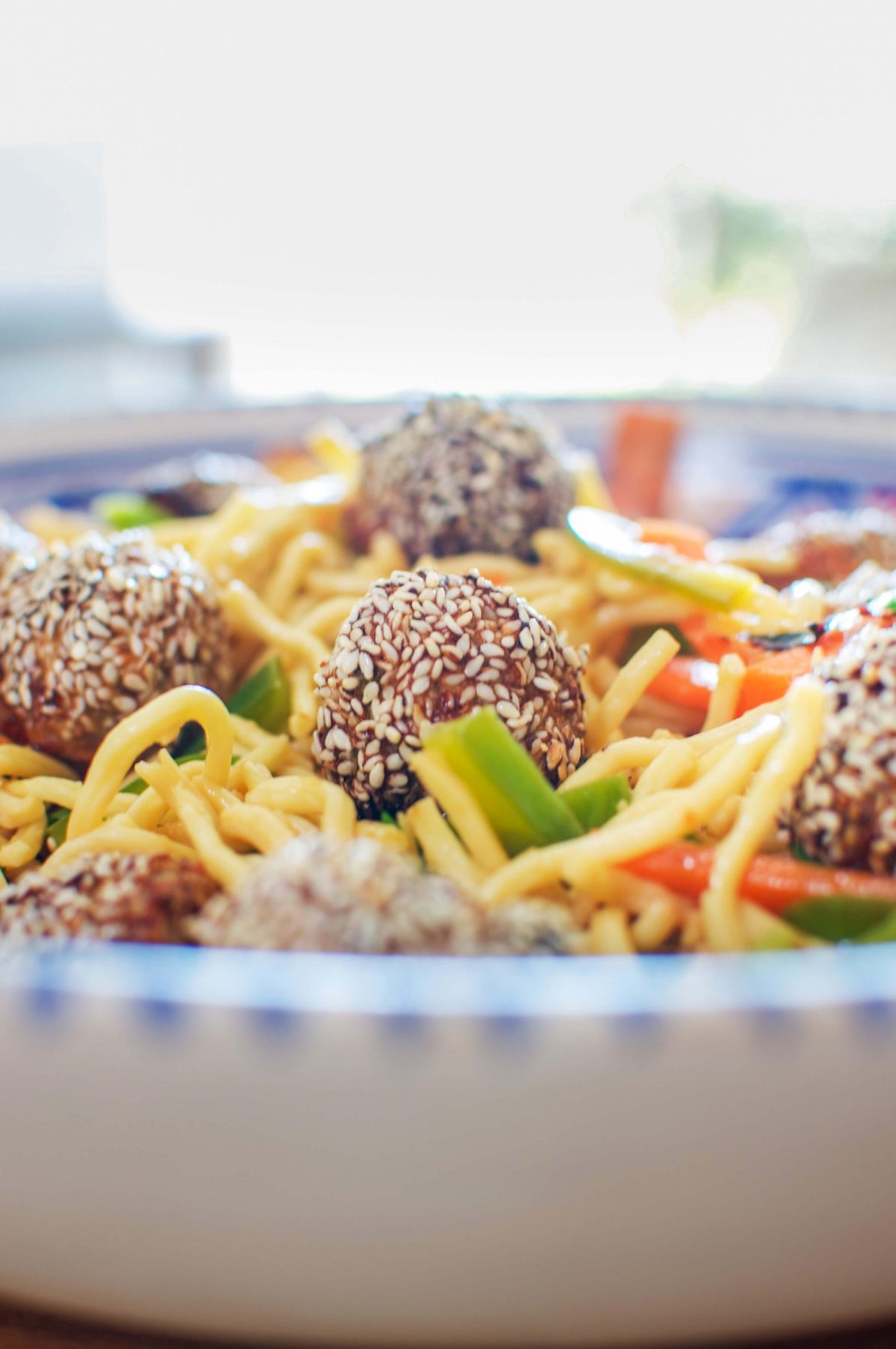 When we first started meeting at people’s houses for Mother’s group, we would all bring food and there was always way too much. Then we decided to alternate between boy mums and girl mums each week which worked well although some weeks we’d end up with all sweets for lunch (left on a sugar high that day!).

As people started returning to work and our weekly catchup numbers dwindled we kind of fell into everyone just bringing something random again.

Some weeks I’ll take a salad, some a cake, it totally depends on my mood. Somehow we seem to balance each other out but never so much as when I brought an Asian-like salad and another girl brought these delicious Thai sesame meatballs.

It was a match made in heaven and even my meatball-hating son ate one. I stashed the recipe away and then forgot about it (mostly because I never have pork mince on hand) but a few weeks later we were entertaining and I remembered them.

They took no time at all to whip up but instead of cooking them in a pan I baked them in the oven.

I don’t know what it is about me and meatballs but whenever I try to cook them on the stove I always end up with something burnt on the outside and barely cooked through. You just have to be super careful not to dry them out in the oven and keep an eye on them to make sure they come out just at the right time.

They make perfect party food served with a sweet chili dipping sauce but I also think they make a great meal served as the meat in a stir-fry noodle dish like this. I just tossed some noodles, cooked veges and soy and sesame oil together and voila. Enjoy!