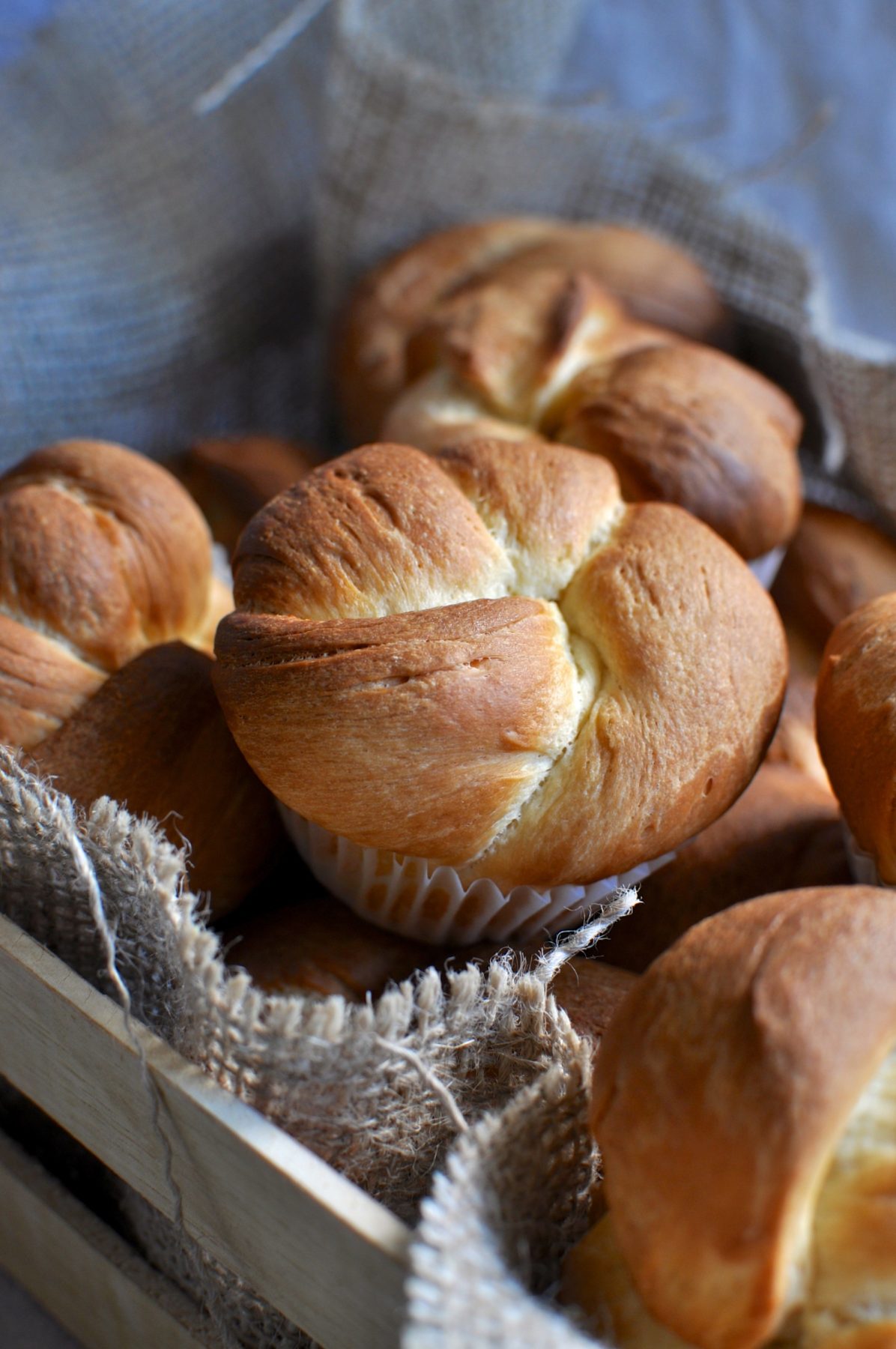 I think maybe one of the reasons people think bread baking must be hard is that there are often so many steps in the recipe. In truth though, most of those steps require as much work as covering a bowl and sitting down with a cup of tea and your favourite book. The list may look daunting but really, there’s not all that much to it.

Where bread-baking differs from a lot of other baking, I think anyway, is in its rewards. You just can’t beat the satisfaction of taking that first bite of homemade bread still with a hint of warmth from the oven.

For this month’s Secret Recipe Club I was assigned to Paulchen’s Food Blog – a treasure trove of recipes from Viennese cat-lover Astrid. Astrid had me when I saw she believes you can read a cookbook just for pleasure. It sounds like her collection would give me a run for my money.

As usual I had a tough time choosing a recipe to make but I thought I’d challenge myself this month. I’d never made brioche before, nor any type of shaped bread (apart from a cinnamon wreath), unless you count round so the little knots really sucked me in. When I saw they were flavoured with orange and saffron I was so intrigued my recipe was set.

I’ll let my phone tell you how I liked them. This photo was taken just a few minutes after I took them out of the oven. One whiff and I had to have one.

They may look fancy, you can tell your friends they were seriously complicated to make, but in truth, they’re really easy. The dough basically makes itself if you have a stand mixer and mine rose so fast I didn’t even have to put it in my sunny spot reserved for dough proving.

Pent up anger or frustration? The best remedy is punching down the dough after its first rise.

It took me a little bit of Googling to find out how to roll these babies and I thought it may end in disaster or tears of frustration but they were easy to shape. The recipe didn’t say how many it made so I went for 16 because that meant easy dividing – cut in half, in half again, and again, and again. I weighed mine out so they’d all be the same but feel free to just guesstimate.

Plonk the buns into lined muffin tins and leave them to rise again. Just re-writing the recipe now I see that it called for 20g of fresh yeast. I used dried and at the time I thought that was a lot of yeast (usually it’s about 7g). That may have accounted for the vitality of my dough. If you want you could experiment with using less yeast but mine worked well with 20g.

These babies are best served warm just a few minutes after taking them from the oven. I saved a couple (the rest went out as gifts) and re-heated them 2 days later and while they were still good, they were not nearly as tasty as the freshly-baked ones.

See how buttery the inside looks? Combine it with and almost, flakey-pastry-like crust then give it a hint of citrus and  a burst of saffron sun and you’ll get an idea of how good these were. They’re not very sweet but that only means it’s easier to consume more than one at a time. Enjoy!