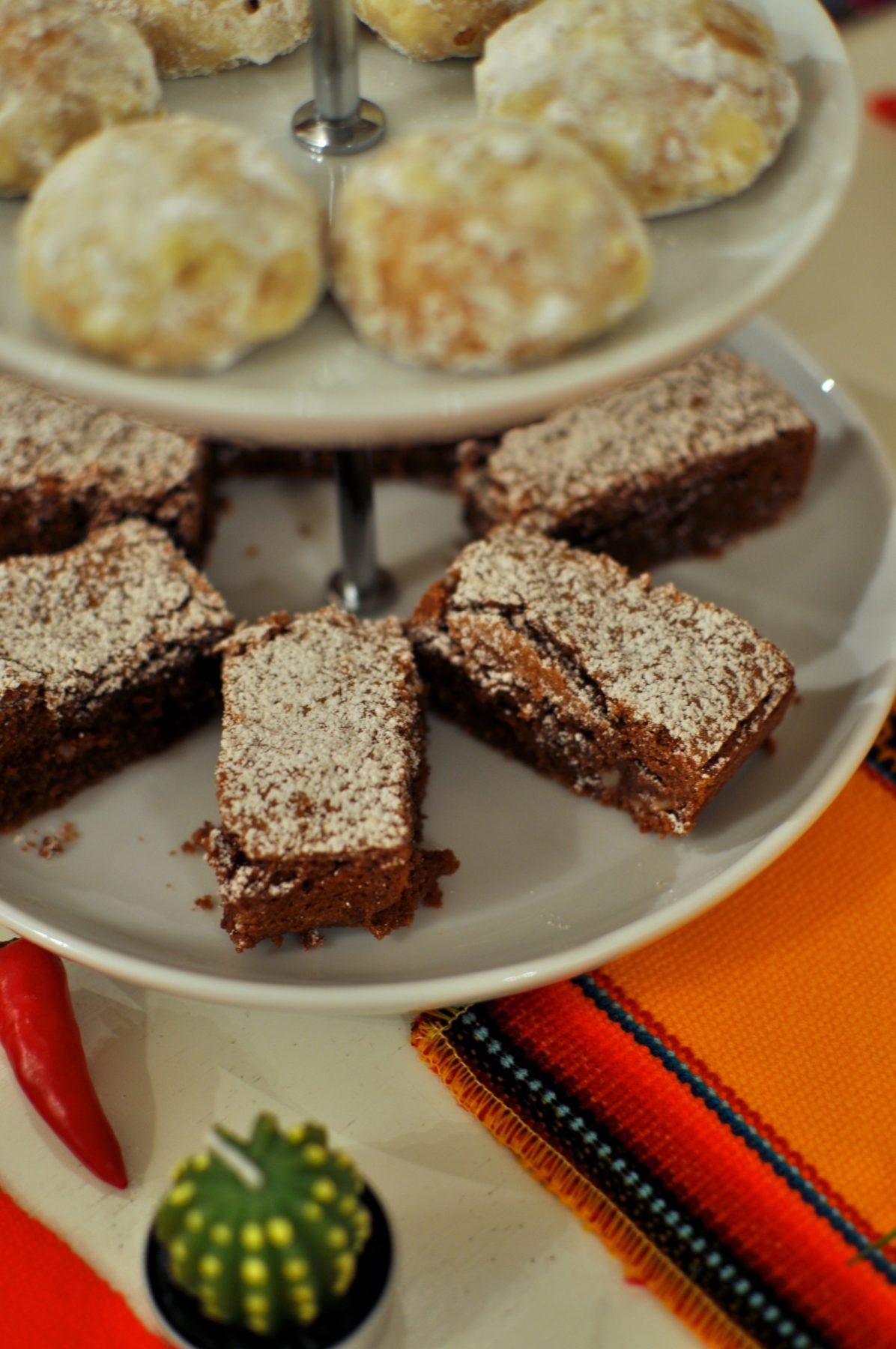 ‘I’m going to turn into a burrito soon.’ That was Will last night. I’ll admit, I have been on a bit of a Mexican roll lately. We had it last Tuesday, then twice on the weekend and again last night. In the last 10 days I’ve made 48 tortillas!

Last Friday night’s Mexican feast (the largest of the dinners) for Jamie Oliver’s Food Revolution Day was a rip-roaring success (well I think so anyway). I thought I’d over-catered as I usually do but in the end Will and I were left with only just enough fajita filling to have a repeat dinner the following night.

The aim was to serve a dinner that was easy to make and was made from scratch, or as close to from scratch as possible. I served corn chips and guacamole to start with and I’ll admit that the corn chips weren’t homemade but they were an Aussie brand. For dinner we had shredded beef burritos and chicken fajitas and the only things I didn’t make were the salsa and taco shells.

I borrowed the sombreros and Mexican flag from mum which she got from a Mexican restaurant we used to visit all the time in Sydney. Would you believe I actually own the rest of the Mexican goodies. The taco stand and cute little cactus candles were a gift from my lovely mum, the placemats I bought in Peru (ok so technically not Mexican) and the rest of the serving ware were Birthday gifts from my friends.

Aren’t my friends good sports? Not only did they put on their hats without me even asking, they all gave me the ok to post the photo. My photographer husband on the other hand wasn’t so keen on me sharing the solo photo of him even though he’d probably never see it. Maybe I’ll share it later.

Probably the highlight of the night was when the boys dared each other to eat a chili. I picked them from the garden that morning and had them as table decoration but the challenge was set. These are no ordinary chilis. The little baby ones are hot hot hot. Even mum, who could eat fire such is her tolerance, thinks they’re hot. About 10 seconds after they’d bitten into them I was in hysterics. I’m talking laugh-until-you-cry hilarity.

Later they bet two of my girlfriends to eat them for payment and they obliged. Some of my favourite quotes were:

– To our doctor friend ‘do you think I need to go to the hospital?’

– ‘I think I need to go to the emergency room.’

– ‘Just when you think it’s gone it’s like they come back even angrier!’

After the entertainment it was time for dessert. I didn’t go all out plating up something extravagant. After such a feast, I thought a little something to nibble on would be more appropriate (plus I knew there’d be leftovers!). There was one authentic Mexican recipe – Mexican wedding cakes – but there needed to be chocolate.

I played around a little with my raspberry and pecan brownie recipe to Mexican-ify it by adding a little chili, which I probably could have added more of and a nice spoonful of cinnamon.

Instead of making them with butter, I used coconut oil and the result was perfect. They were still gooey in the middle with the essential crunchy bits on top. A sprinkling of cinnamon-laced icing sugar finished them off nicely. Enjoy!

What about you? Do you know of any Mexican desserts?