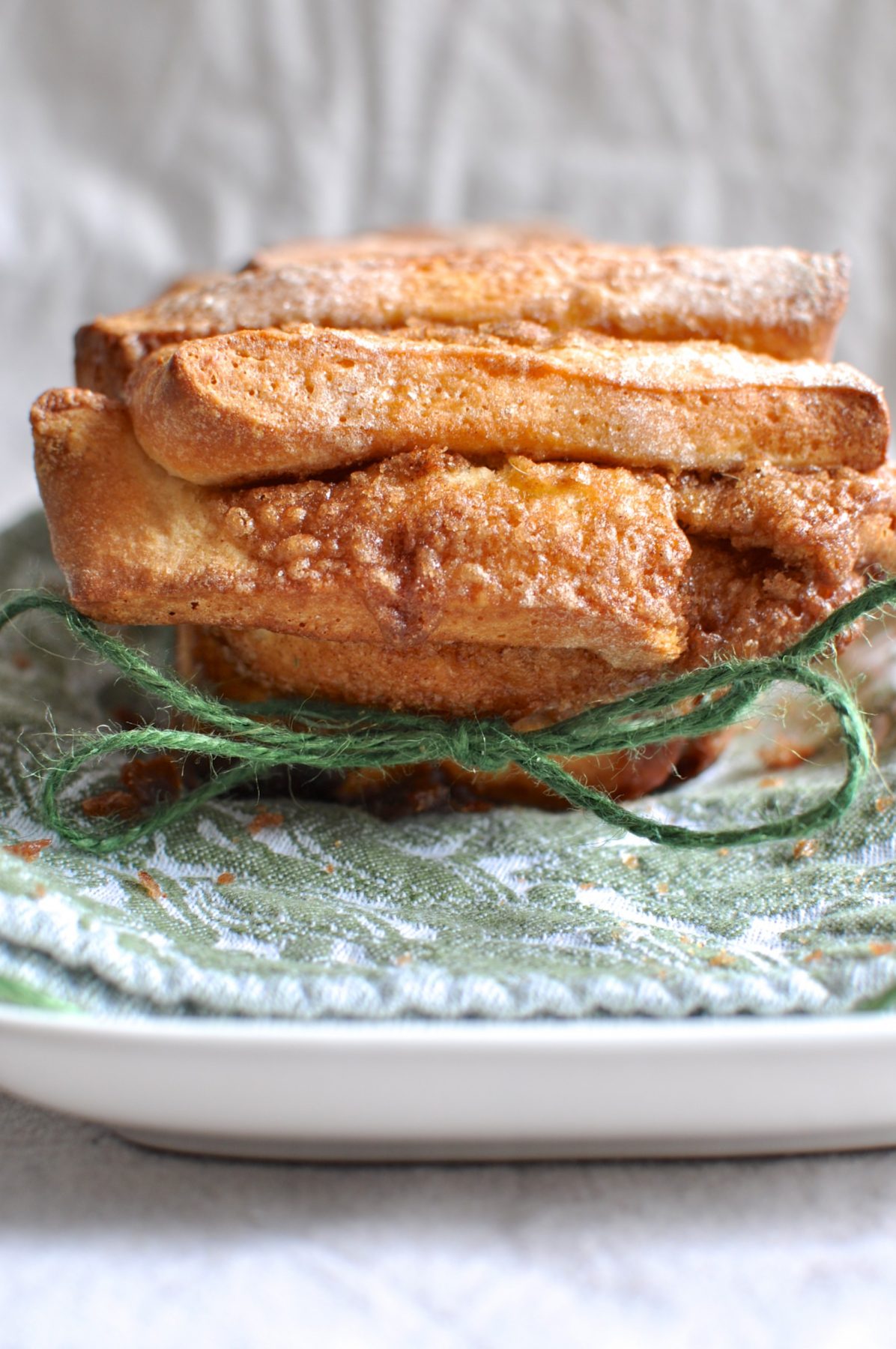 Can you smell the cinnamon wafting from your screen? Does it make you want to reach in and grab a little piece and pop it greedily into your mouth? I want to but you know I can’t resist anything with cinnamon in it. It probably doesn’t come as much of a surprise that I chose to make the cinnamon sugar pull-apart bread from my Secret Recipe Club buddy this month.

I was assigned to Cookaholic Wife and in many ways it was like being assigned to myself. I’m a cookaholic aren’t I? I’m also a wife. It doesn’t stop there though, Nichole and are are the same age, in fact just a couple of weeks apart (Happy Birthday for Wednesday Nichole!), we both love cooking for our husbands and we both had a childhood cat who used to get great pleasure out of hiding and jumping out to swipe you with her claws.

I initially decided on baking Nichole’s cinnamon pull apart but then I thought ‘no Claire, don’t be so predictable.’ So I went back to scouring the blog and found lime coconut bars. Why stop there though, I thought I’d go one step further and try and make them with coconut flour, oil and sugar. I really should have checked in on Instagram because JJ and Lizzie both told me to use extra eggs with coconut flour (which I saw after I’d put the tray in the oven).

The result was most definitely un-blog-worthy unless you’d like a recipe for soaking every last skerrick of moisture from your mouth. It was back to cinnamon pull apart (maybe my subconscious had a part in that?). Apart from a little case of the loaf trying to escape the tin, the result was, according to my grandma ‘indescribably delicious.’

‘What’s the syrup, is is golden or maple?’ she asked me, still raving about it a couple of days later. No syrup, just the magic that happens when you combine brown sugar, butter and cinnamon between walls of soft, brioche-like dough. I would perhaps call mine more of a fall-apart than pull apart though. The pieces just didn’t want to stay together.

It didn’t bother me though, it’s like it portions itself out for you.

Here’s my dirty little secret – I used skewers to hold it all together for the photo shoot. Yet another reason to not worry if your cooking creations don’t turn out exactly like they look in the glossy magazine pages. I can’t speak for them but I’m sure I’m not the only one who uses a few tricks. I just own up! Yes I made sure I removed them before I gifted the loaf to my grandma.

Next time I’d use my extra long loaf tin so I can try and fit all the slices in one long row but I liked my high-top version sprinkled with a little caster sugar before baking to add a sugary crust. It already has so much sugar what’s a little bit more? This would be just the thing for a lazy Sunday brunch but make sure you invite people over to help you eat it. Enjoy!