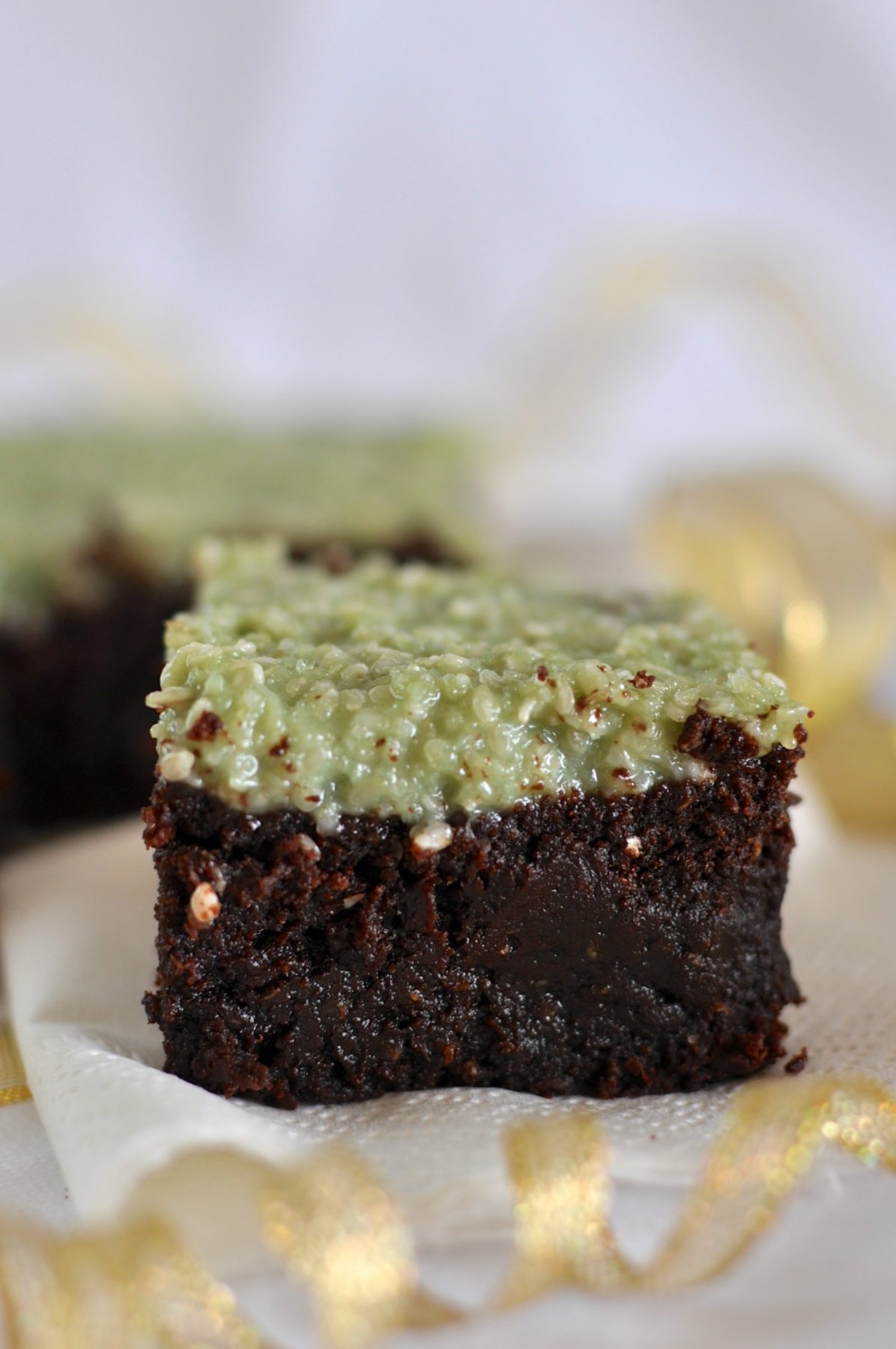 Before you close the page muttering to yourself ‘oh dear the sleep deprivation has made her mad’ let me ensure you I still have all, ok most, of my marbles and this actually tastes 1000% better than it looks. There’s something about green and baking and me that usually results in something not too pretty.

In this case, it was my attempt at a healthy peppermint icing to complete my healthy choc peppermint brownies. I think they’d look a lot better had my blender done its job and actually made the icing smooth. The sesame seeds through it aren’t a great look but they actually add a nice crunch.

I’ve been dreaming of a good brownie for a while now and spotted a rather tempting looking one on Pinterest (I spend a lot of time on Pinterest during early morning feeds). Not only was it a gooey, rich brownie but it was topped with a peppermint buttercream and my mouth watered at the thought of it.

Seeing as I am now carrying around a few extra kgs from hosting Bubba C for 9 months, I’m trying not to be too naughty but you know me, I can’t resist a treat.

Plus, being St Patrick’s Day and with a maiden name of Kelly, I thought the green icing would make it perfect for the Irish celebration and fitting for this month’s Sweet Adventures Blog Hop theme ‘The luck o’ the Irish’ hosted by the lovely JJ over at 84th & 3rd.

While it’s not the prettiest looking thing, the brownie is super rich and gooey. The icing is not too sweet but adds a little flavour boost and they’re reasonably healthy. Next time I’m going to use almond meal instead of the flour to make them gluten free as well. Is now too early to make another batch? Enjoy!

What about you? Are you making something special for St Patrick’s Day?