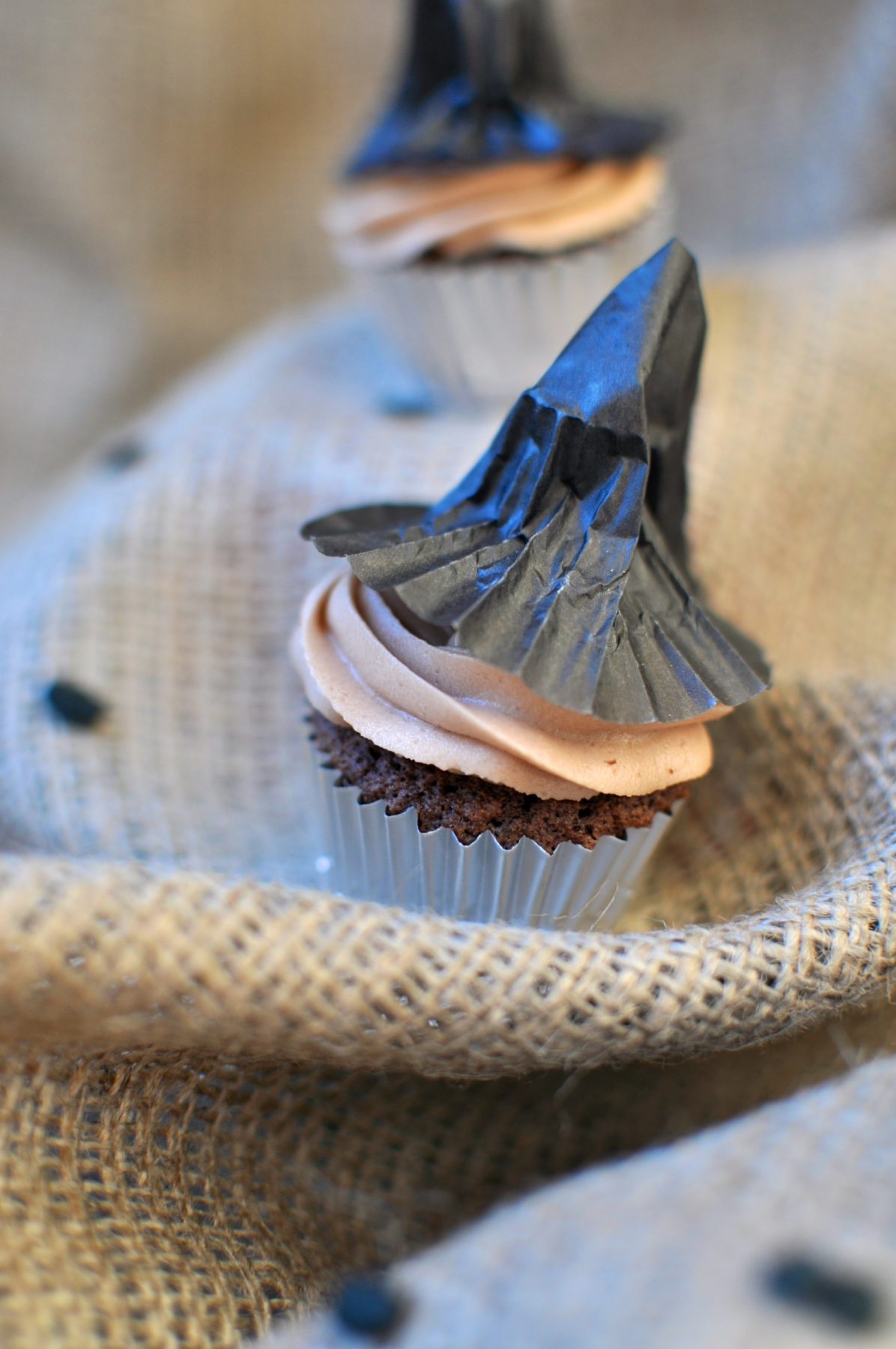 Alright I’ll confess. I already have a bowl of lollies (candy) sitting on the kitchen bench ready for the trick-or-treaters. I have my low-key decorations by the front door ready to hang first thing on Thursday but I still need to decide on an appropriate outfit to greet the trick-or-treaters in.

I’m anticipating that I’ll have to be ready early as they tend to hit the streets before dinner time and before it gets dark. I’m a little bit excited can you tell?

If I knew my neighbours better – would you believe we’ve hardly met anyone yet? – I would probably offer home-baked goodies rather than store-bought rubbish. Maybe next year?

Wouldn’t you rather be given an choc hazelnut witches cupcake rather than a Fantail? I certainly would. I’ve seen a cute way of packaging them up on Pinterest where you place a single cupcake in a clear plastic cup then wrap it up with cellophane. It looks adorable and stops them getting damaged. They might even survive an hour in a bucket full of candy.

For some reason I associated hazelnut with witches. Could be form hearing witches hazel perhaps? Who knows how my brain works sometimes. It really doesn’t matter what sort of cupcake you hide below the pointy hats but I’d encourage you to make these.

They’re so light and fluffy it’s a bit like eating a ferrero rocher in cake form. I could eat the choc-hazelnut icing with a spoon (ok so maybe I did eat a little straight from the bowl, for research purposes only).

Don’t feel restricted to Halloween either. Feel free to leave the hats right off and decorate as you like for choc hazelnut cupcakes suitable for any occasion. Enjoy!

What about you? Would you rather wrapped lollies or baked treats in your trick-or-treat basket?