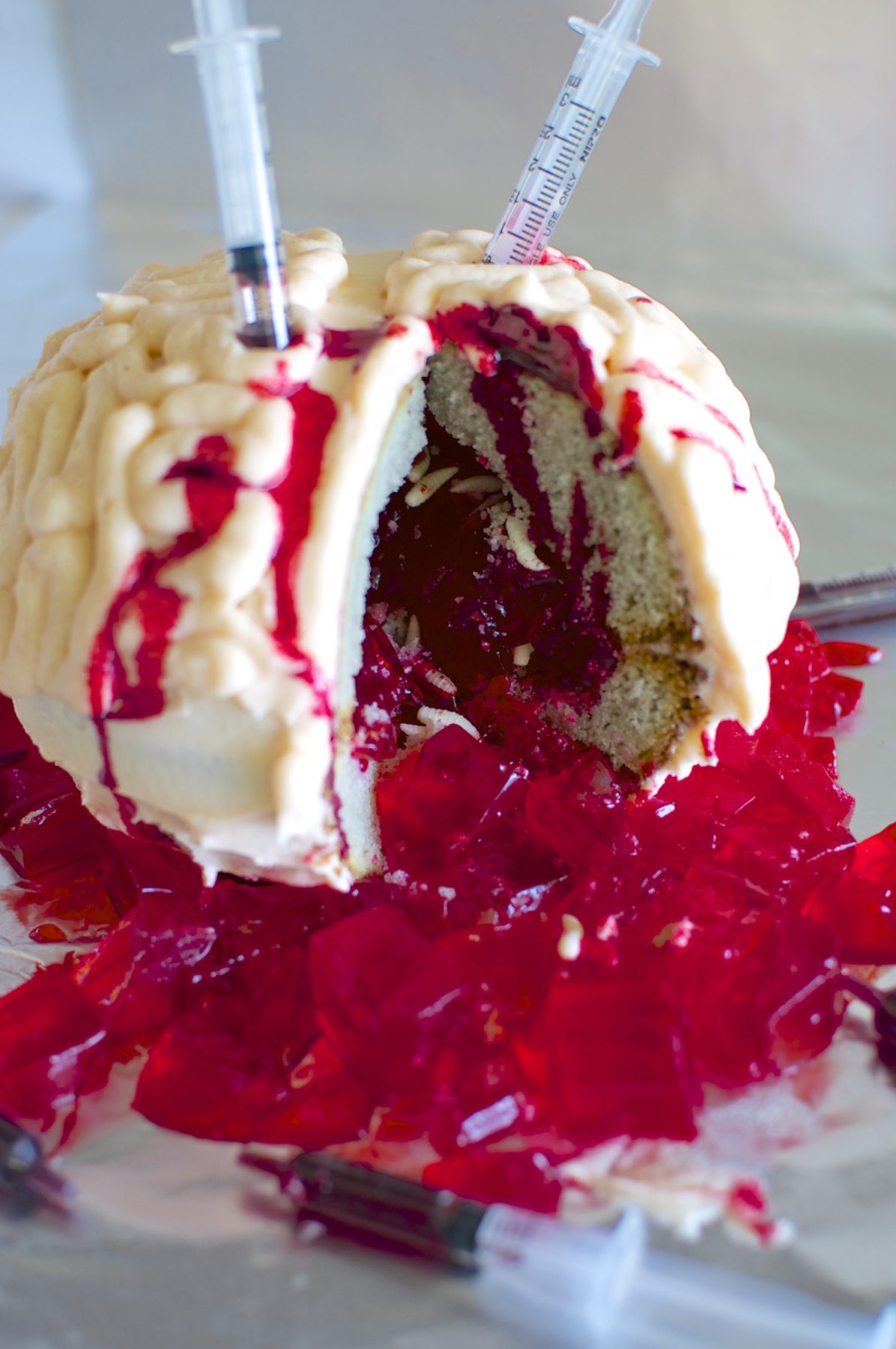 I know you probably took one look at this cake and thought ‘oh dear, Claire has lost the plot’ but I promise I haven’t. Well that’s just my opinion, maybe ask Will but I’m pretty sure he would agree. It’s just, I love a good theme.

It started with my mum. She and dad threw us the most amazing themed Birthday parties when we were little. My sister had a disco party one time and mum even made a jukebox out of a refrigerator box and I’m not talking dodgy – it could have passed as a read juke box. It had a cd player in it so it played music too. She used to plan the parties for months.

My Moroccan 21st was complete with giant floor cushions covered in sequins that my grandma had made and a cake in the shape of a Kasbah with gold leaf finishing touches made by mum. There was a ski field cake with little edible skiers for my winter wonderland party and a two-tied swimming pool for my pool party.

Now do you see where I get my love of themes from? I’m actually slightly stressing that I haven’t thought of a theme for Ollie’s 1st Birthday yet (which is just 3 months away!!).

For Halloween this year I wanted to go all out and make something truly gory. At first I was going to make a brain cake. Booring. So then it was a brain cake filled with oozing blood to come pouring out when you cut the first slice. But wait, what’s better than that…. what if maggots are hiding in there too?

If you’re going to have a theme you have to commit I say. I made this just like the original piñata cake cooking half the batter at at time in a small bowl. When the cakes were cool, I hollowed them out, filled the bottom half with jelly and maggots

and a few squirts of red food colour gel

‘blood clots’ then secured the top of the brain.

Side note, someone has invented a Pinata Cake Pan

which could be rather handy if you don’t have the right shaped cake tin.

I iced it with a crumb coat so the brain decoration would have something to stick to then got creative with the piping bag. Apparently my brain had a few problems – might be why it ended up filled with jelly and maggots.

I’ll admit I had a bit too much fun photographing my brain piñata cake filled with bloody maggots. I clapped my hands gleefully and a little evilly as it came together just as it had appeared in my head (which doesn’t happen all that often).

A bit of ‘blood’ aka red food colour gel on the knife was the finishing touch along with some ‘blood’ filled syringes. If you don’t want to be quite as gory, you could fill it with those sour worm lollies or snakes. Enjoy!

What about you? Do you like themed parties? Got any ideas for a first Birthday theme?