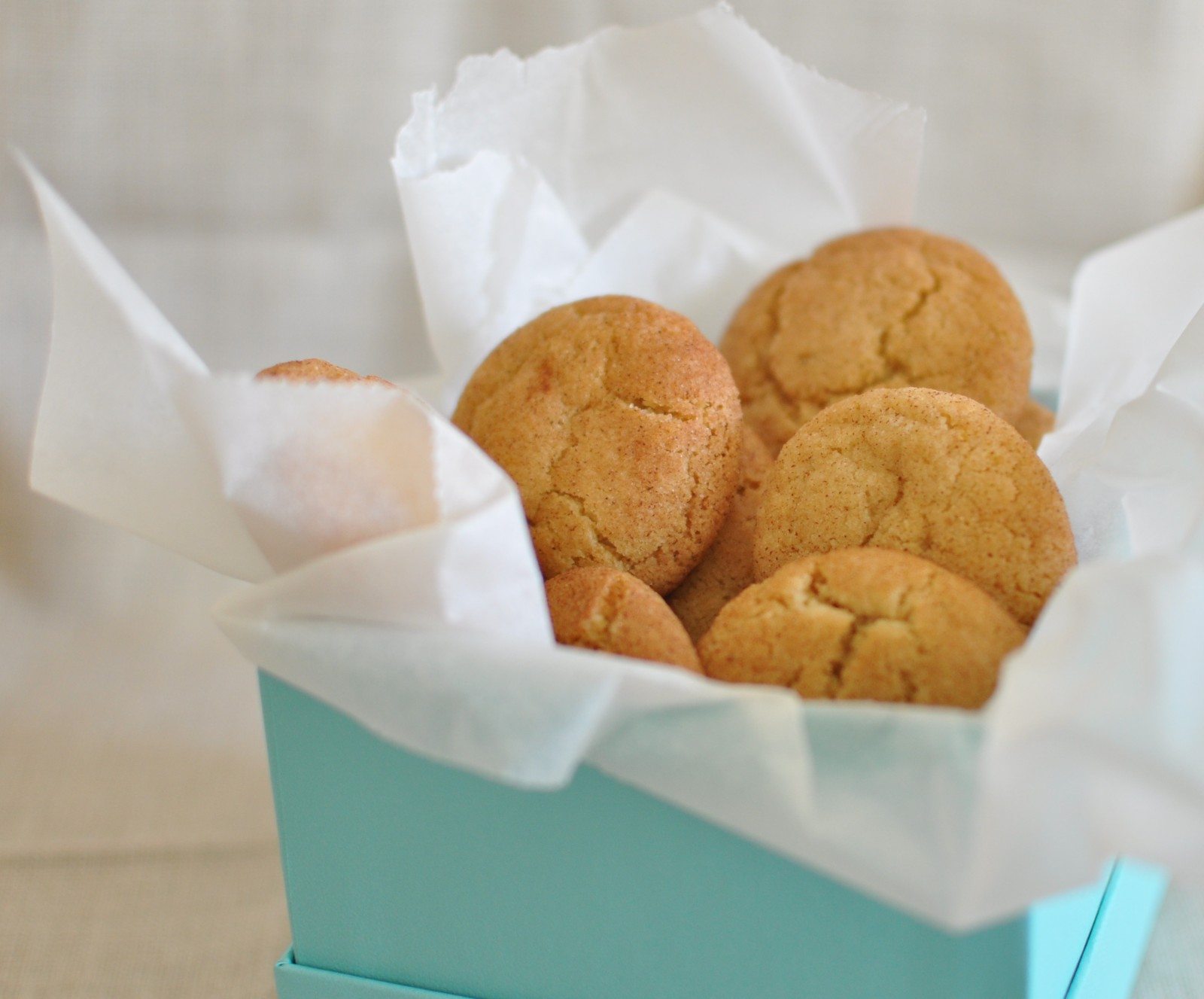 I have at least 50 recipe books (I hope the husband doesn’t read this), 5 food magazine subscriptions and read a whole lot of other food blogs on a daily basis. Inspiration for my next blog post or food creation is never far away. My only problem is deciding what to make out of my never-ending list.

These ones were easy. I loved the name so I had to make them. Call me strange but I love ‘oodle’ words. Noodle, strudle, snikerdoodle – I love saying them. By very strange coincidence, the day after I added them to my to-bake list, Chris over at The Cafe Sucre Farine posted her mouth-watering version. I took that as a sign and to the kitchen I went.

The fact that these scrumptious biscuits are rolled in cinnamon and sugar before baking gave me even more reason to make them. They’re sort of like a biscuit version of my all time favourite cinnamon tea cake. They are perfect with a cup of tea and I imagine would also be good for dunking.

Add the eggs one at a time. I halved the batch that’s why there’s only one egg. Pour the vanilla in at the same time.

The rest of the ingredients

Now the recipe says to mix in the flour, nutmeg and bicarb by hand but I did it the lazy way and added it to the mixer. It got the job done well.

Working out a good technique for dough rolling and then cinnamon-sugar dipping was a bit tricky. The 8-at-a-time didn’t work all that well – there was no room for rolling and they kept sticking together. Silly Claire! I settled on rolling the balls in my palms and using my thumb and pointing finger on one hand to turn the ball around in the cinnamon mixture. That way you don’t get cinnamon sugar in the ball, just coating the outside.

You will need a level tablespoon of dough per ball.

When they are rolled and coated, place them on a lined baking tray and leave at least 6cm between each one. They spread quite a bit.

Bake the biscuits at 160C fan-forced for 12 minutes or until they are golden. If you like crunchy biscuits leave them a little bit longer. I liked the ones that were a bit crunchy on the outside but soft in the middle.

Leave them to rest on the trays for at least 10 minutes or until they firm up.

Then move them over to a wire rack to cool completely.

Reading the recipe again to write this I see it says snickerdoodles will keep for up to three weeks if stored in an air-tight container. Not in my house they won’t! I shared them with a few friends but they didn’t last out the weekend.

Enjoy your snickerdoodles with a nice warm cup of tea. Enjoy!

What about you? How do you choose a recipe?