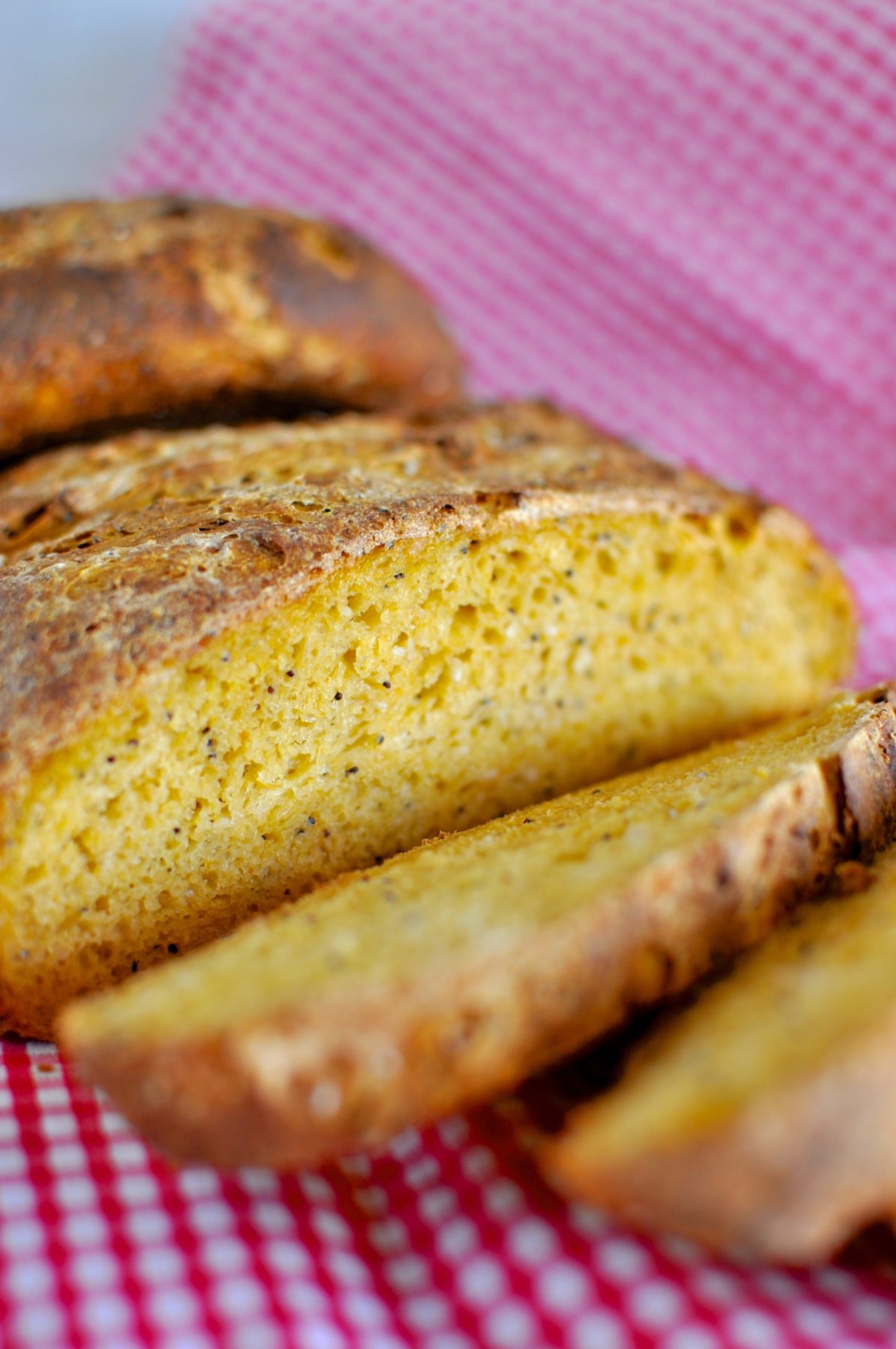 One snack Master Ollie loves is toast. Mum says that he must surely be sick of peanut butter toast by now but I do mix things up with avocado and Vegemite as well. Seeing as I know he loves bread I thought I’d do a bit of experimenting to boost the goodness.

Celia from Fig Jam and Lime Cordial aka my bread baking muse has taught me that you can pretty much add anything you like to sourdough  so I wasn’t too nervous adding my goodies. I threw in the pumpkin, quinoa and chia seeds and mixed it all up. The dough was pretty wet but seemed ok.

A little while later I gave it a quick knead and it seemed to come together nicely so I left it to get its rise on. Hours and hours later, it had only risen the tiniest bit. I was a bit worried. I ended up going to bed and leaving it to rise overnight. By morning it was just risen and took the whole next day to rise the second time.

I think poor Kevin the sourdough starter might be a bit sick.

The good thing about the long rise though was the prominent sour flavour it gave the finished loaf. I don’t love that Kevin now takes two days to make a loaf rise (oops poor neglected Kevin), but I love the new taste. This loaf had a nice, moist crumb from the pumpkin and a very crunchy crust (I’m thinking from the sugar in pumpkin?).

Ollie loved it which was the best part. Luckily he loves bread because I think it’s the only way I’m going to keep him full when he’s bigger without blowing our food budget. Now to think of more ways to add veges to bread. Spinach bread next I think. Enjoy!

What about you? What do you add to your bread doughs? Anything you think I should try?