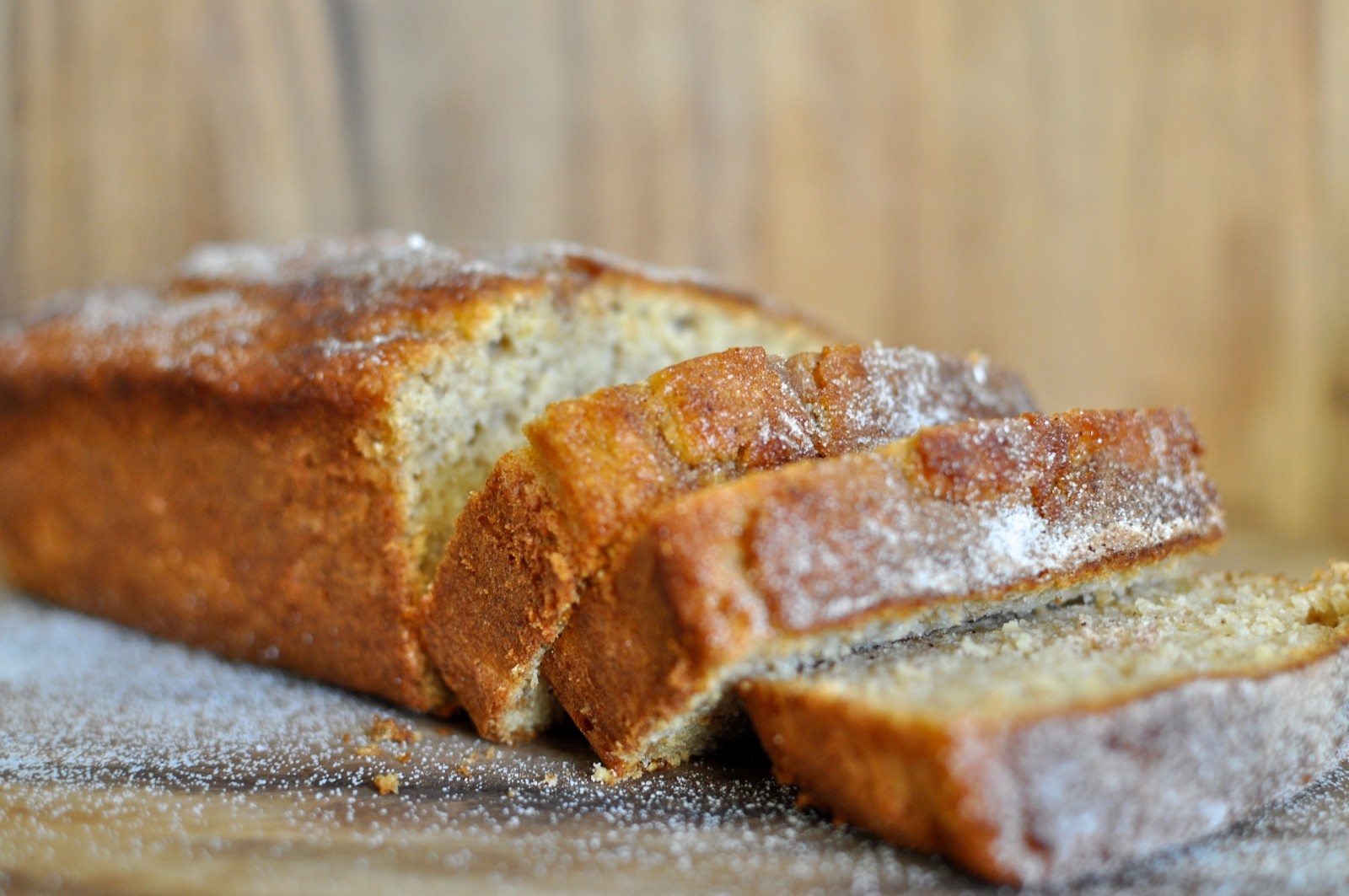 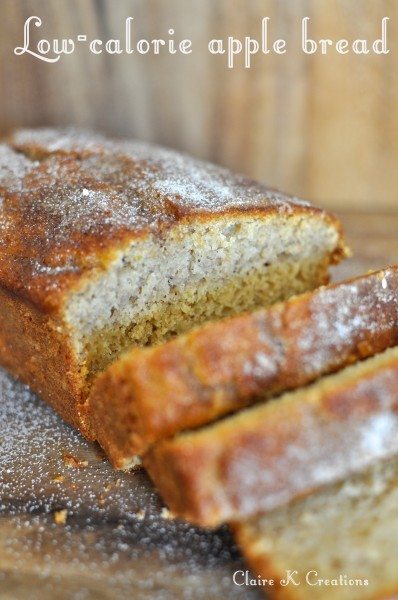 I’m hesitant to say it in case I jinx us but the last week has been the most beautiful weather in Brisbane. Yes it’s a bit cool in the mornings and in the shade but the sky has been a crystal clear blue and a gently breeze has been blowing.

It’s been so beautiful that I’ve been on two picnics in the last week. On Sunday, our local park was a commercial for a happy community. There were kids climbing all through a police car that was set up for them to play on (in a safe way!). There was a big brass band playing hits like YMCA.

There were people sun-baking in bikinis, taking photos by the water, throwing frisbees, playing with babies, barbequing and soaking up the glorious weather. 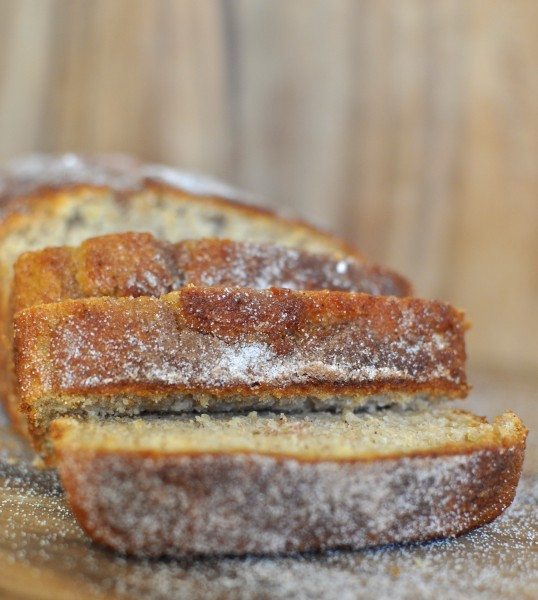 My first picnic was earlier in the week with my friend Sarah and here gorgeous twin baby girls. I was in charge of food and thought a little sweet treat after lunch was essential. I try to be good during the week (although not having a wedding dress to fit into somewhat weakens my resistance) so had a flick through a recipe book that I haven’t looked at for a while but will be right back into it now – The Complete Food Makeover by Julie Wood.

It’s packed full of lighter versions of all the favourites. This recipe reminded me of my favourite tea cake of which I’ve made a light version too. It’s easy to make and if I didn’t know, I’d think it was packed full of butter and other deliciously naughty goodies. 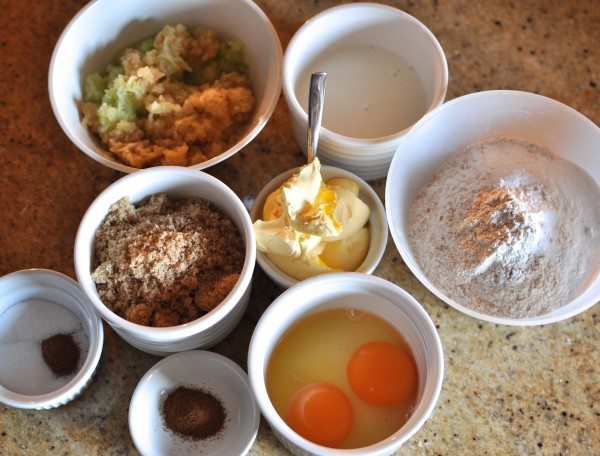 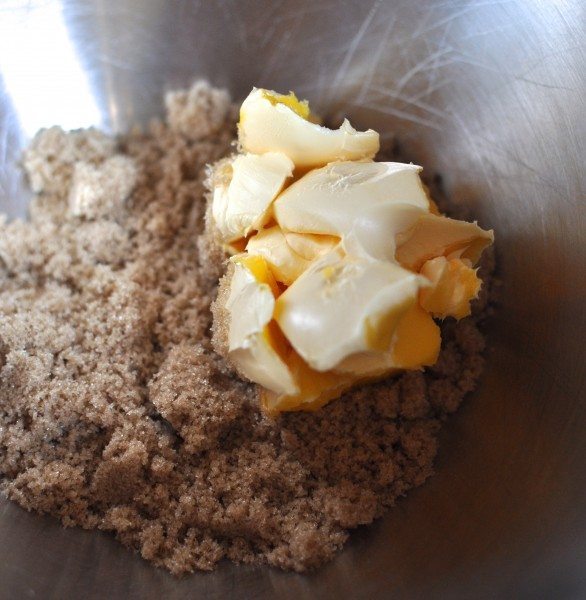 This one starts off similarly to most – beat the sugar and low-fat spread in the bowl of an electric mixer until they  are light and creamy.

The recipe calls for raw sugar but I only had brown on hand. Calorie-wise they’re about the same. I know raw sugar is probably better for you but I like the flavour brown sugar gives it. 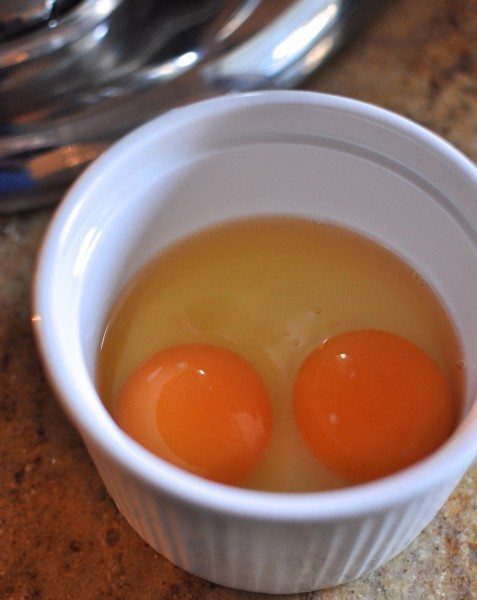 With the motor running, add the eggs one at a time and beat just until they’re mixed in.

Scrape down the sides and give it another quick beta then take the bowl off the stand. 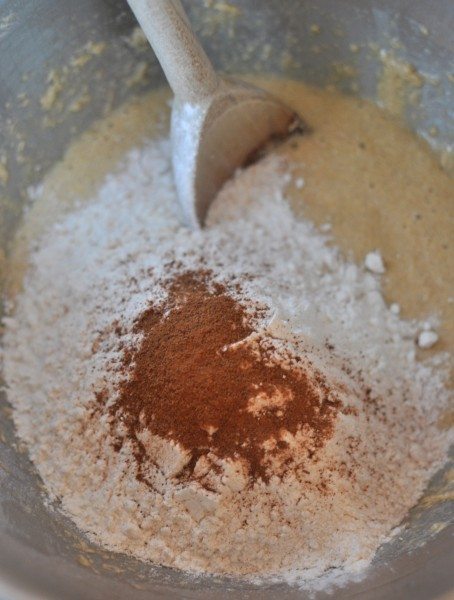 Scrape the sides down again and add the flours, baking powder and cinnamon to the bowl and stir them through with a wooden spoon. 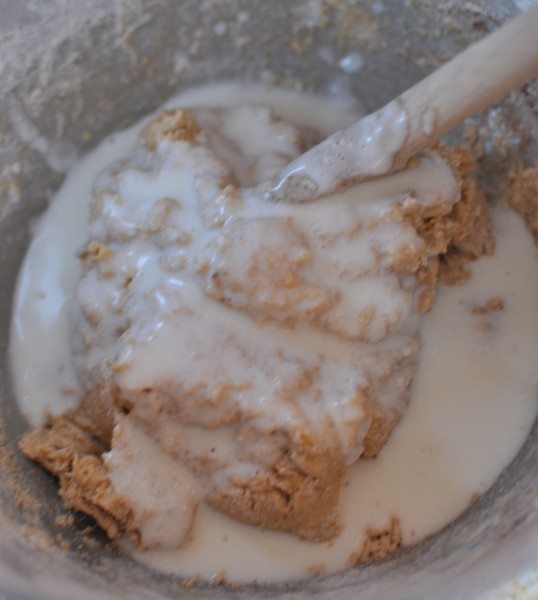 Add the buttermilk and stir it through too.

I changed it up a bit here too. I normally just add a bit of lemon juice to milk to make buttermilk. As this was a light recipe I used 3/4 full-cream milk and 1/4 water and added a little lemon to it. I’m not sure if it’s the same but the end result was good so I consider it a successful experiment. 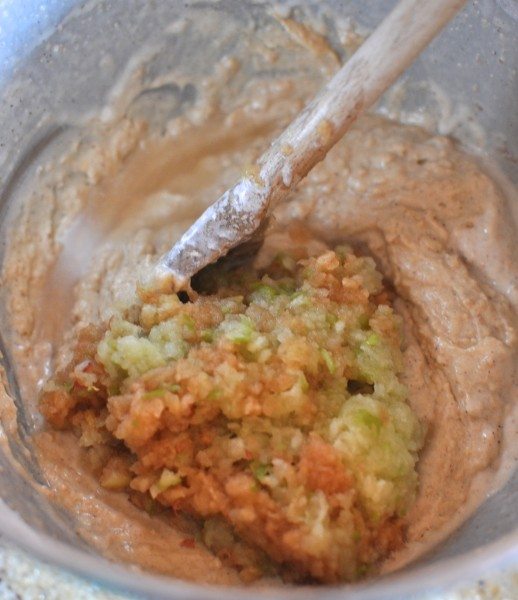 Finally, stir through the grated apple. I left the skins on mine when I grated them for extra fiber (ok yes you caught me, mostly because I was too lazy to peel them). 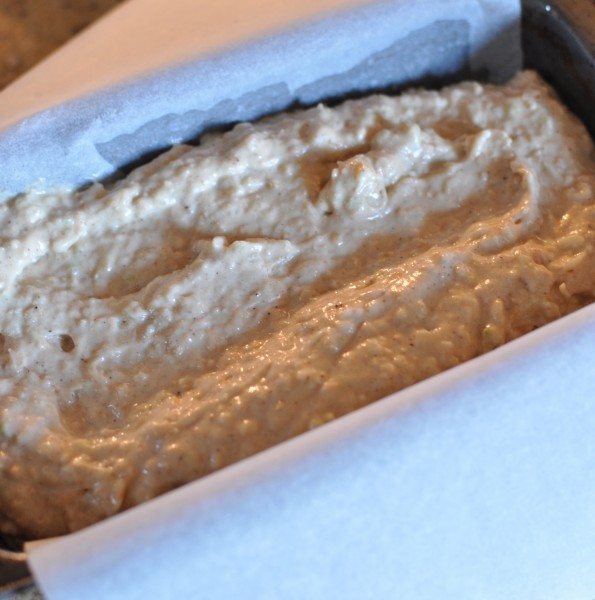 Spread the batter into a lightly greased and lined loaf tin and bake at 180C fan-forced for 50 minutes or until a cake tester comes out clean. 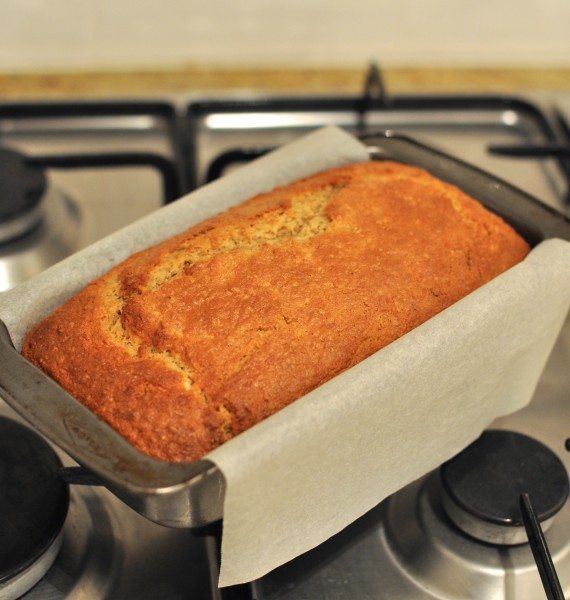 Leave the loaf to sit in the tin for 5 minutes when it comes out of the oven. 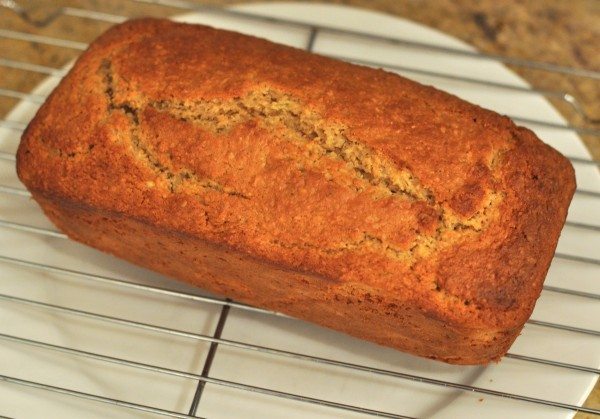 Take it out of the tin and place it on a wire rack over a plate or piece of baking paper (something to catch the extra sugar). If you’re going to serve it straight away you can put it directly on the serving plate. 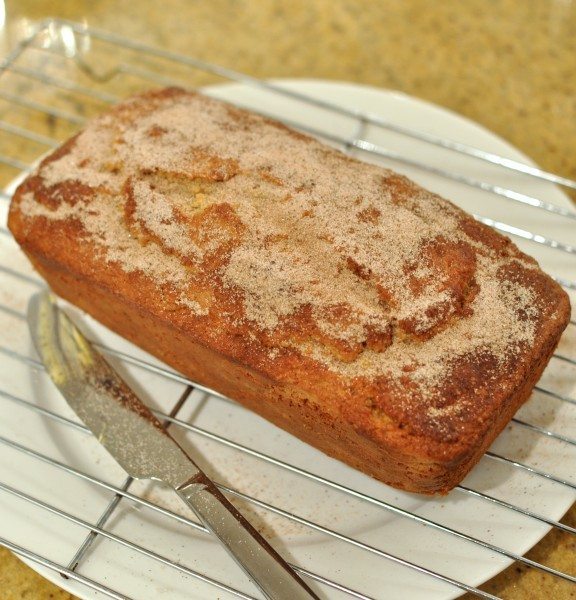 Quickly spread the cake with the low-fat spread and sprinkle with cinnamon and sugar. 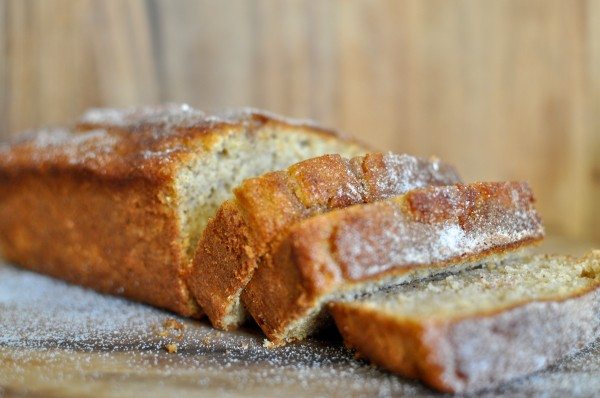 Serve up warm slices with a cup of tea and good company in the sunshine. 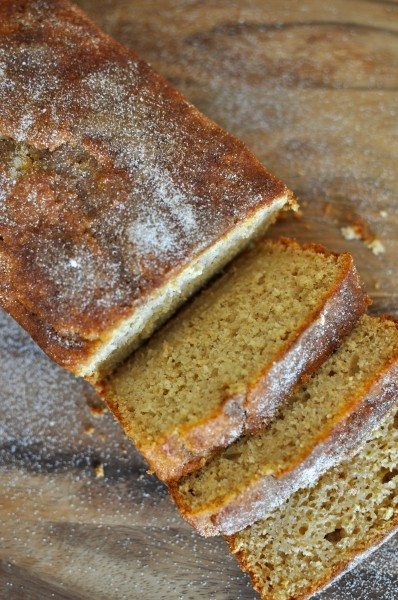 What about you? Do you enjoy picnics in the sun? What’s your favourite picnic food? 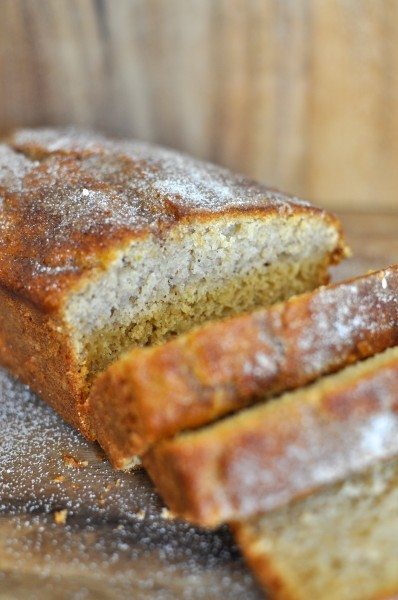 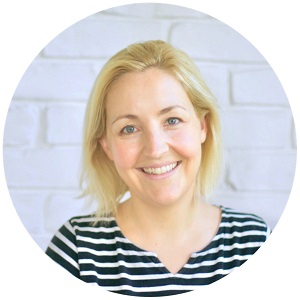