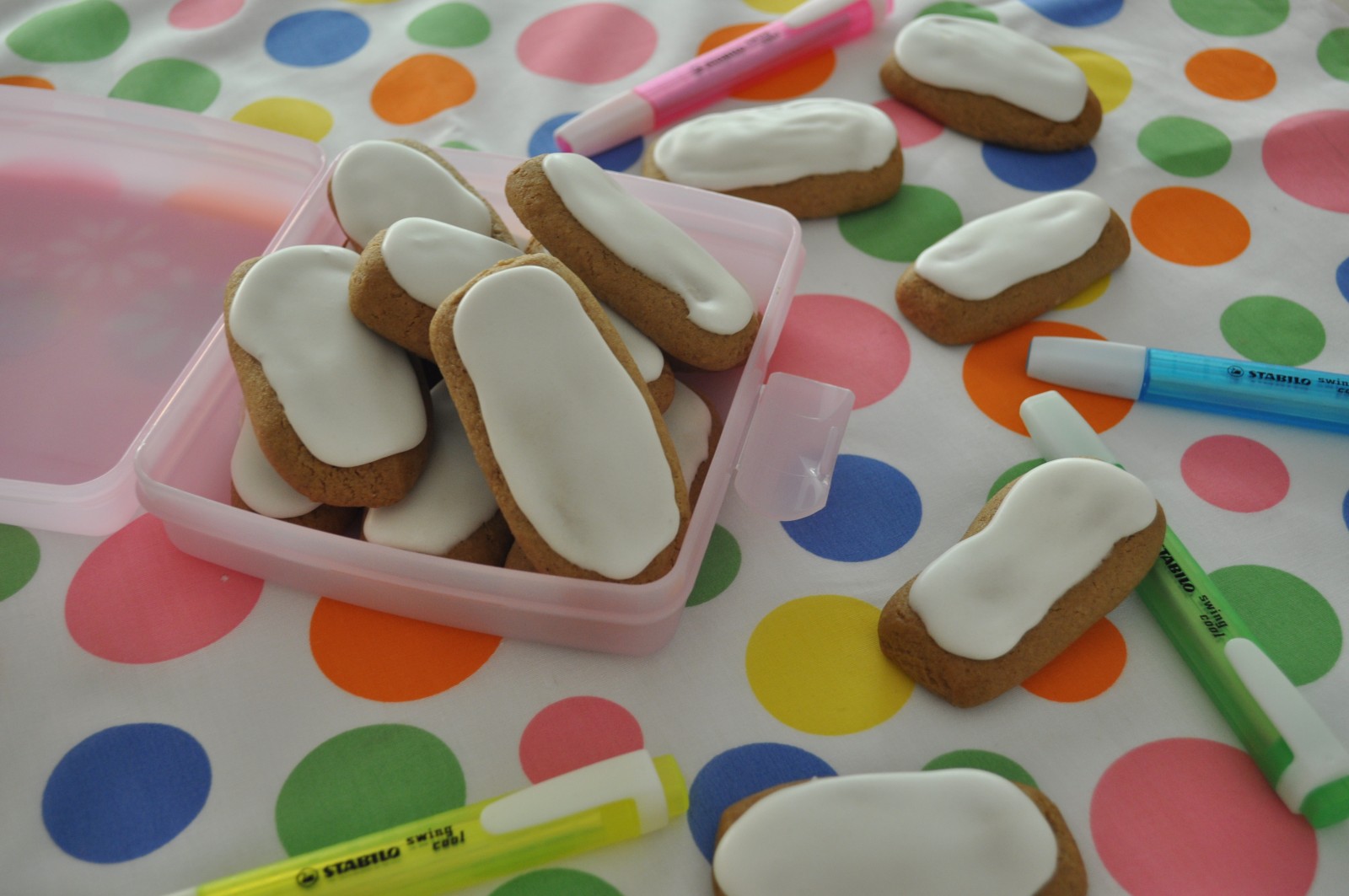 When I was at school, my lunchbox repertoire was pretty small. As annoying as my fussiness must have been, at least mum didn’t have to brainstorm what to give me for lunch. The list of acceptable foods was only a few dot-points long. Honey jumbles were on that list. I love the subtle spices and soft biscuit coated with sweet crunchy icing. I could have eaten them every day. I haven’t had a honey jumble for years and years so when I came across a recipe for them I was eager to see if it evoked the same wonderful memories.

It did! The result was perfect. They are so close to the original that if I was a perfectionist and could make them the exact shape with smooth, even icing, I would have thought I was eating them out of the packet. In honor of all the kiddies going back to school here is how you make my very favourite school biscuit.

The method for making honey jumbles is pretty similar to making gingerbread. Start by placing the butter, brown sugar and golden syrup in a saucepan and heating it, stirring, over medium heat until everything melts and it forms a smooth liquid.

Pour it into a medium-sized bowl and set it aside to cool for 10 minutes.

Stir in the egg yolk and then the sifted dry ingredients. You could probably do this with the dough hook on the mixer but if you’re after a good arm workout, ok a little arm workout, stir it by hand with a wooden spoon.

Once everything has come together, turn the dough out onto a floured bench. Flour your hands and then knead the dough until it comes together in a smooth ball and is no longer sticky to touch.

Shape the dough into a flat disk, wrap it in plastic wrap and throw it in the fridge for at least 30 minutes.

Take the dough out of the fridge and divide it into eight pieces. I found it much easier to section it out while it was still disc-shaped. Clearly I eat too much pizza.

Roll each wedge out into a 30cm log. I used a ruler for mine because I wanted them to be nice and equally-sized but you can just eyeball it and make sure they’re all roughly the same length and width.

Cut each log into 5 pieces. If you’re using the specific ruler method, each piece will be 6cm long.

Use your fingers to round the edges of each slice of dough and then place them on a lined baking tray at least 3cm apart. Bake the biscuits at 140C fan-forced for 15 minutes or until they turn golden.

Let them cool completely on the trays.

To make the icing, beat the egg white until it starts to foam then stir in the icing sugar and flour and add enough lemon juice to make it a good consistency. It needs to be pretty thick but still spreadable. Ice the biscuits and then leave the icing to set.

Honey jumbles last up to a week if you store them in an air-tight container and can be frozen. Enjoy!

What about you? What was your favourite biscuit growing up?