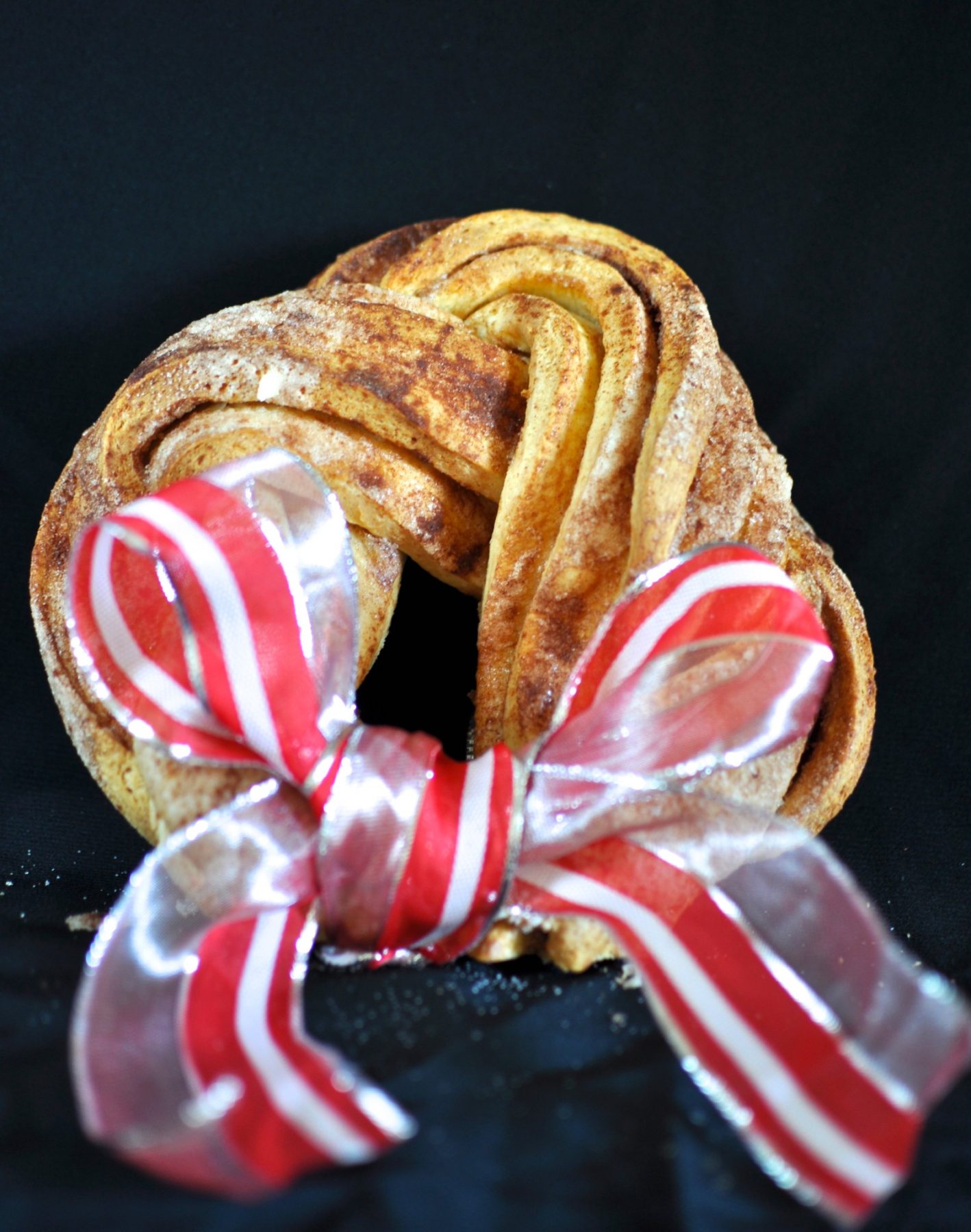 I’m pretty sure I’ve mentioned it before but I think I inherited my sweet tooth from my grandma. Oh how we love our sweet treats. People often ask me what I do with all the food that I bake. The truth is, a lot of it goes to my grandma and she loves it.

You can probably guess that I don’t give her store-bought gifts very often. Just so she didn’t suffer from sugar overload, I gave her a few baked goodies early this year so she could enjoy them in the lead up to Christmas. Gift number one was this cinnamon loaf wreath.

The minute I spotted this recipe on Totally Loved It I stashed it away for Christmas baking (luckily I didn’t forget about it!) because I knew she’d love it. We share the same love for cinnamon my grandma and I so anything sprinkled in the Christmassy spice is always a winner.

It looks like it would be rather tricky to make but it’s actually really simple. Making the dough is as easy as throwing it all in the mixer and using the dough hook if you have one.

Even making it by hand would be pretty easy as it only requires one lot of kneading.

The dough only rests for one hour before it’s time to add the sweet cinnamon sugar center.

The thinner you roll out the dough the more of a braided pattern you get although I don’t think you’d want it to thin or it might lose its bread-like consistency.

It didn’t say so in the recipe but I left my dough to rest for about 10-15 minutes before popping it in the oven I figured it needed a little bit of time to recover from all that rolling and chopping before it could bake. Before you bake the loaf, be sure to finish it off with a little extra cinnamon and sugar, because in my opinion you can never have too much.

Where I joined the two pieces together turned out a little bit ugly unfortunately.

It’s nothing a bit red bow couldn’t fix though. I thought it was a nice festive touch.

If I have time on Monday I’m going to whip up a cinnamon loaf wreath to have on Christmas morning. You could probably make the dough the night before and then just roll it out and form the wreath in the morning so it can be enjoyed fresh from the oven. Enjoy!

I might get in trouble for posting this but here is the best grandma in the world (sorry to everyone else but the position is taken) showing off all her Christmas baked goodies at our first Christmas dinner earlier in the week. My sister gave her a big batch of homemade rocky road and from me she’s holding a stollen and a plate of shortbread. Can you believe she’s 95 next month?!

What about you? What are you making for breakfast on Christmas morning?