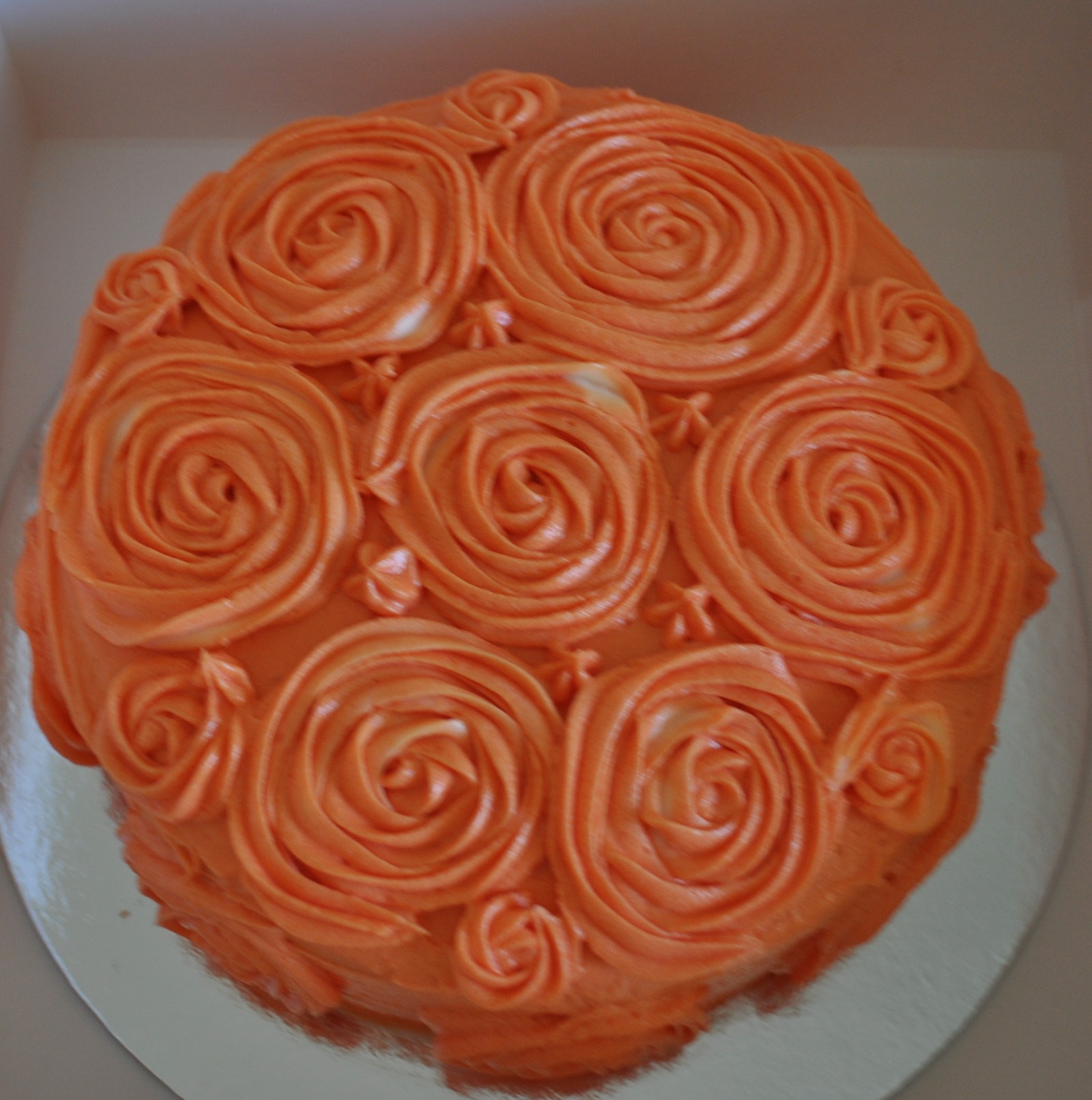 My mum’s favourite colour is orange so for her Birthday this year, I decided to extend the colour theme from the balloons to the Birthday cake. We’re also all huge fans of George’s Greek yoghurt. If you haven’t tried it you need to. It’s thick and creamy but low in fat. We buy ours at the Clayfield markets. What’s all this got to do with Birthday cake? Well what better to make a cake out of than one of mum’s favourite foods? I came across this Greek yoghurt cake recipe in my Women’s Weekly ‘Bake’ cookbook. With a few tweaks, I created a Greek yoghurt and raspberry cake with citrus yoghurt icing, that was, if I don’t say so myself, scrumptious.

I know I go on about it but measuring out all the ingredients before you start really does make the whole cake-baking experience a lot easier.

Just for a change, start by beating together the sugar and butter until it’s light and fluffy.

Then, beat through the egg yolks one at a time until they are well incorporated.

Next, stir through the flour and soda until it’s all combined.

Beat the egg whites until soft peaks form then gently fold them into the batter in two batches.

Divide the batter between the two tins and top with the rest of the raspberries. You can use one large tin if you like but I wanted to sandwich mine together with icing. Of course you can also slice a large cake in half and sandwich the pieces together but this way is a lot easier. In case you’re wondering about the little cupcake at the front, I always make a little cupcake when I’m trying a new recipe that’s not for me. That way I can try it before anyone else and make sure it’s ok.

Bake the cakes for about 35 minutes in a 160C fan-forced oven.

When they’re done, transfer the cakes to a wire rack to cool completely. If you’re wondering where the cupcake is now the answer would be in my belly. It definitely passed the taste test.

When the cakes are cooled it’s time to ice them. I used a butter cream icing and added a tablespoon of yoghurt to cut the sweetness a little. I also used lemon juice  in place of milk. I’m reluctant to share how easy the decorating is because it looks so pretty but I got the idea over at I am baker. There are some wonderfully easy tips over there for creating very professional looking cakes.