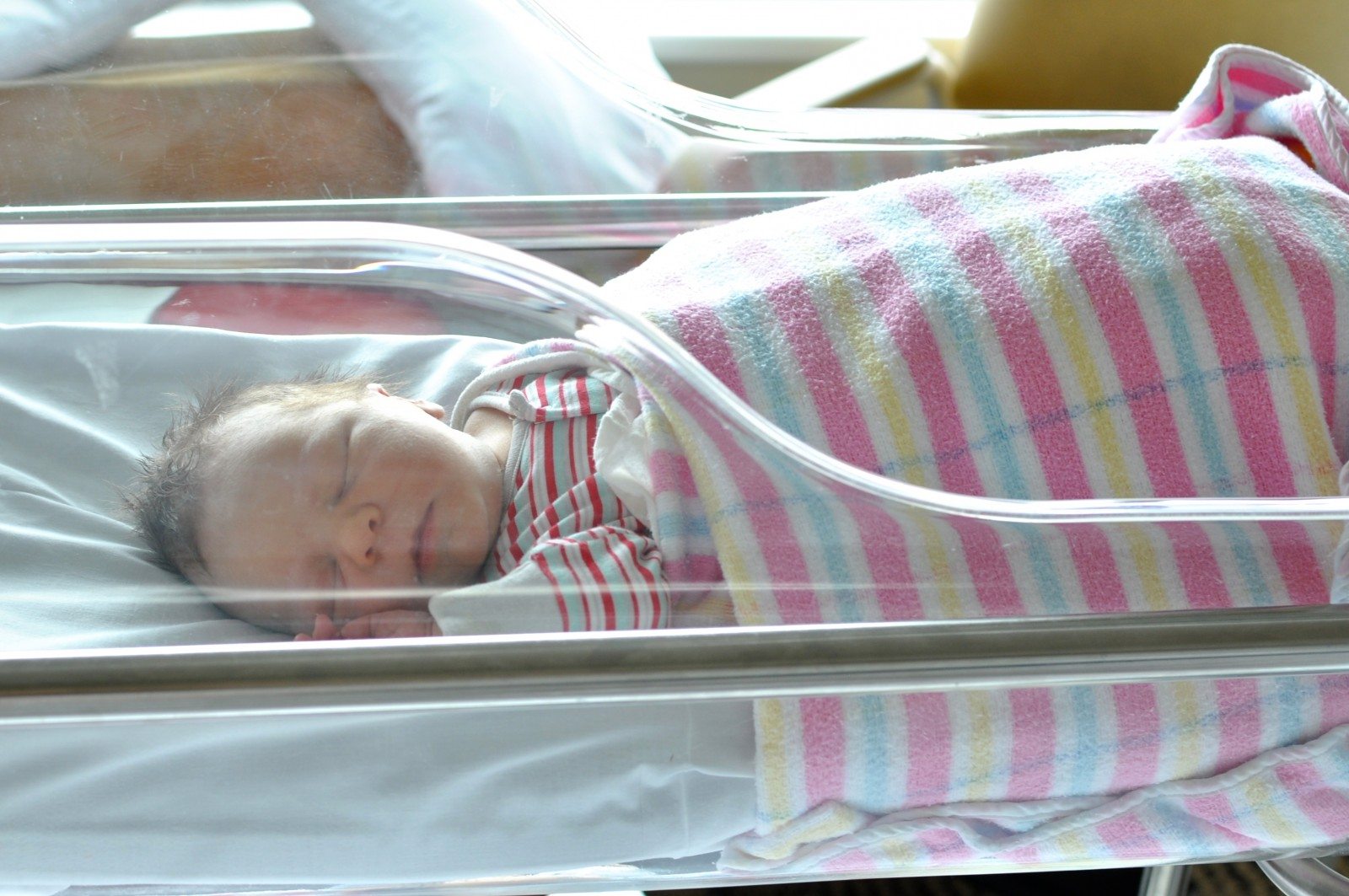 I have to warn you, this has nothing to do with food (although there may be a mention or two). This is the story of how our little man came into the world. I’m sure a lot of you don’t really want to know and yes there will be some details that might be way too much information but I wanted to document it. If you’re interested, settle in, it’s going to be a looong 36 hours…

It was the day after Australia Day and through the night I had already woken 4 times through the night with the need to urgently visit the ladies. The 5th time at 5am I knew it was something a little more than my bladder waking me up.

I got back into bed and started timing on my phone and noting when these ‘tightenings’ were happening. They were quite sporadic but at least one every 10 minutes. When Will got up I said I thought this might be the start of something but sent him off to work.

All day I got messages from him asking how I was doing. I was pretty sure that it was the real deal but kept on working (trying to get as much done as possible) and even whipped up a Moroccan curry for dinner that night. I rang the hospital just to check in and they told me not to come in until the contractions were taking my breath away.

By 10pm it was bed time but Bubba had a different idea. At 11 I went out to Will who was still up catching up on The Walking Dead (he’s addicted). He hooked me up to my TENS machine and we both went to bed. He was out like a light but I really only dozed.

I’ll just note here, I had every intention of the TENS machine getting me all the way through. I’d bought a huge selection of massage/distraction items and had lots of exercises in my head ready to put into practice. You know what they say about the best laid plans…

By 2am I was in agony and the hospital said I could come in. I had a quick shower (not sure why because I’d had one just a few hours earlier) and so did Will then we jumped in the car for a very uncomfortable trip to the hospital with me thanking the universe that there was no traffic. Somehow I managed to take a few selfies in the mirror before we left. Must have been delirious. I’m glad I did because I can’t believe I was ever that big!

They examined me as soon as I arrived and I heard the words no one wants to hear at that stage ‘you’re not even dialated.’

If anyone watched Friends you may remember the scene when Rachel is in labour and gets examined to learn she’s only 3cm dialated. Ross yells ‘just 3? I’m dilated 3!’ – That was me and Will. At least it brought a little humour to the moment.

Now to be graphic – the nurse did a stretch and sweep and offered me three options – 1. go up to a room and wait until I was dilated more, 2. get induced, 3. have some painkillers and a sleeping tablet and go home to get some rest. We chose option 3 but I can’t say I got much rest.

At 7am during a rather large contraction I heard a pop, got up and ran (as fast as a 38 week pregnant lady can) to the bathroom calling to Will as I did. My waters had broken and with them brought the flood gate of contractions. The pain got a lot worse very quickly. They were coming fast and strong.

I cleaned up and we made our way back to the hospital. It took me about 10 minutes to walk from the bedroom to the car, because these contractions literally stopped me in my tracks. By this time it was peak hour. Peak hour and labour are not good friends.

By the time we arrived the hospital was buzzing and I was that cliche pregnant lady pausing ever few steps to practically get down on all fours and breath through the contractions.

They hooked me up to heart rate monitors and examined me… ‘you’re dilated 1cm’. ‘You’ve got to be kidding me???’ was my response. I was in so much pain I couldn’t lie there any longer and had to stand up or I was going to vomit.

I don’t know how long passed but next thing I knew it the obstetrician arrived and I was at 3cm and he told them to take me into labour and delivery. I was offered an epidural or a lighter pain killer – pethadine – and took the second option but the doc said  I’d probably have an epidural (at this stage I was still determined not to).

I think I got the shot once I got into labour and delivery. Probably the same time the midwife took all my clothes off and put me in a gown. Someone told me you check your dignity at the door and they were seriously right.

The shot did nothing so I went for the gas (now clocked up 3 forms of medical pain killer in my ‘natural’ birth). I then learned that he was back to back instead of front to back which I realised after is one of the most painful labours (yay!). When the gas did nothing it was epidural time.

By then it was 11.30 and I was 5cm and ‘progressing well’ but Bubba still hadn’t turned. The epidural took a while to kick in and I kept having to charge it up but it was magical. I was clearly very impressed with Will taking photos of me at this stage.

A couple of hours later (no idea how many) the midwife checked me and although I was 7cm, the little man was no longer engaged and my cervix had gone ‘floppy.’ Just what everyone wants to hear – that they have a floppy cervix. I didn’t really know what that meant but it didn’t sound good.

The doc was called in and then the mood got a little serious. Bubba’s heart rate was dropping with big contractions but when they reduced the dosage of the drug that was helping my labour along, I didn’t progress. I was told that there was a great possibility that I’d be going in for an emergency c-section.

The midwife prepped me but the doctor said we’d just wait a little longer and see how things went. It was pretty scary listening to the heart rate monitor hearing his little heart slow. The doc kept coming in and checking but kept up the ‘wait and see.’ The midwife had to leave as her shift was ending but wished me luck, feeling sure I’d be off to surgery.

A short while later the doc came back in and examined me. Now I’ll get really graphic – I was 10cm but the little guy was still around the wrong way and I couldn’t deliver him if he didn’t move. The doctor managed to turn him around. Yes he did it the way you’re thinking he did. Boy am I glad I had the epidural.

He then told me ‘I want you to have a go at pushing. If you can get some movement you may be able to get him out, otherwise we’ll take you to surgery.’ Well you know what I did don’t you? I pushed like my life and my baby’s life depended on it and with my amazing husband’s support and encouragement, one hour later, out little Oliver was born.

I know I said that I wouldn’t share his name for his own privacy but we decided that was just too hard so I’d like to introduce to you – Ollie – the love of our lives.

Yes it was a very long and very tiring 36 hours but I wouldn’t change it for the world. Yes I’ll go back (if I’m blessed with the chance) and yes I’d still like to try for a natural birth but I’m much more open to the drugs next time around. My advice to anyone about to have a baby – you can have a birth plan if you want, but I have heard of only a handful of people who get the labour and delivery they wanted. Just remember the end game – a healthy baby and mum. Nothing else matters. xx