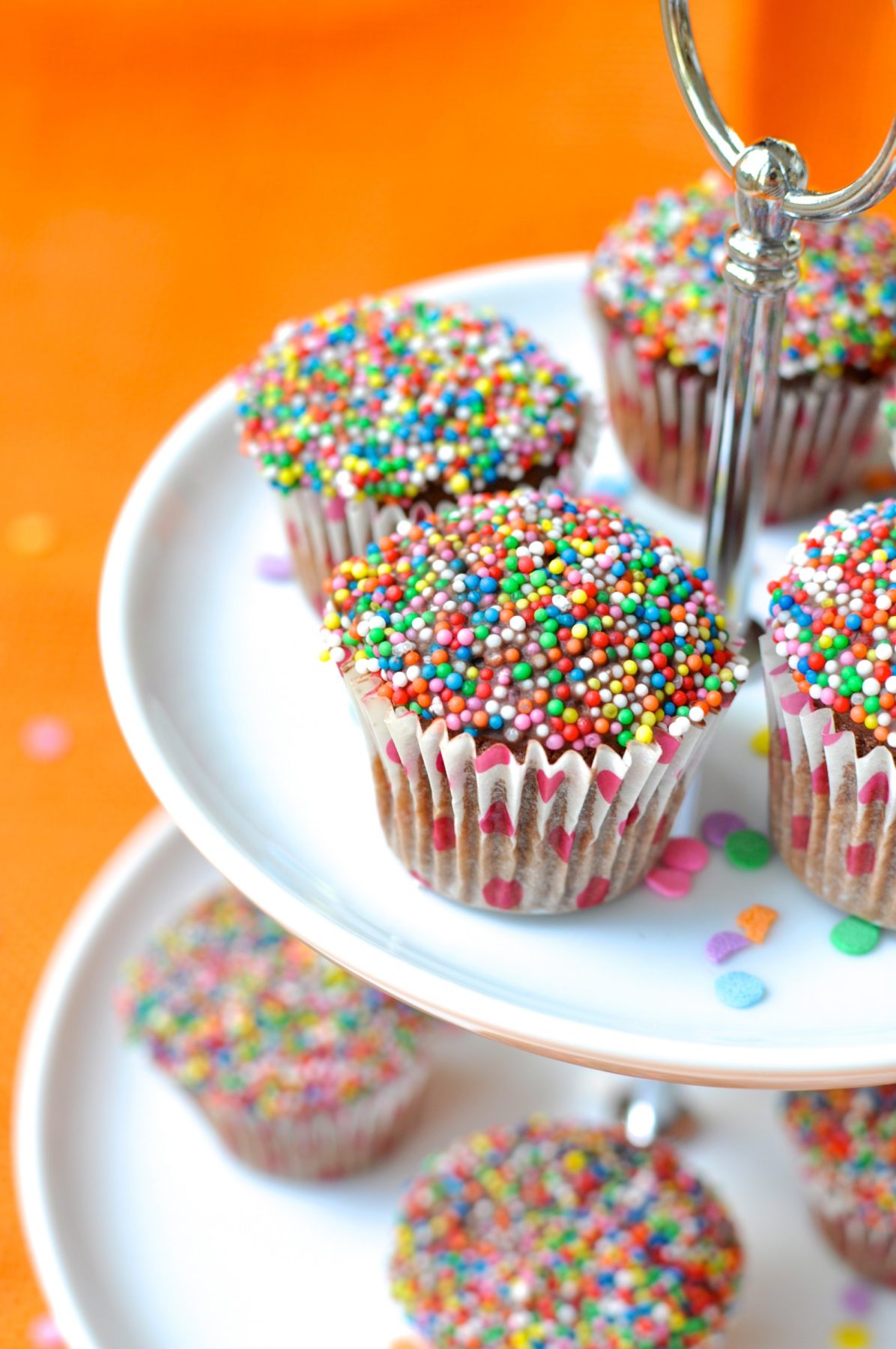 Usually, recipe creation in the Claire K Creations kitchen is a solo affair and on the odd occasion I have a little help from the husband. I don’t mind it this way, I sort of get into a kitchen ‘zone’ before I know it I’m gobbling down something delicious which, if a baked good, is usually tested just minutes from the oven while trying not to burn my mouth.

Last week, I saw a photo on Facebook of the twins helping their mum bake. I was thrilled. Why? Because I’ve been waiting 15 months for them to be old enough for a baking date. I messaged Twinnie straight away asking when they were free. She was pretty keen for a pedicure so last Friday, I had two little chef’s helpers for 3 hours solo time with Auntie Claire.

My mind immediately went to the recipe for chocolate Nanna cakes I’d spotted earlier in the month. Sprinkles just scream baking fun to me! My little helpers were so good sitting up in their highchairs playing with bowls and spoons and providing a crazy amount of cuteness to the kitchen.

Twinnie was amazed that the cupcakes were almost finished when she arrived back three hours later. She didn’t think I’d get 20 minutes out of them in the highchair but I managed to keep them entertaining (may have been my crazy dancing to the radio that had them both laughing).

These cakes are a really simple little chocolate cake with basic chocolate icing and sprinkles but something about the combination is seriously irresistible.

I’m going to let you in on a little secret if you promise not to judge and remember these are pretty little. I ate… 7! I had one fresh from the oven, two with Twinnie for morning tea, two for arvo tea and 2 for dessert after dinner. I told you they were irresistible. They’re really like a delicate little chocolate cake topped with a Freckle. What’s not to love? Enjoy!

What about you? Do you prefer to work alone in the kitchen?