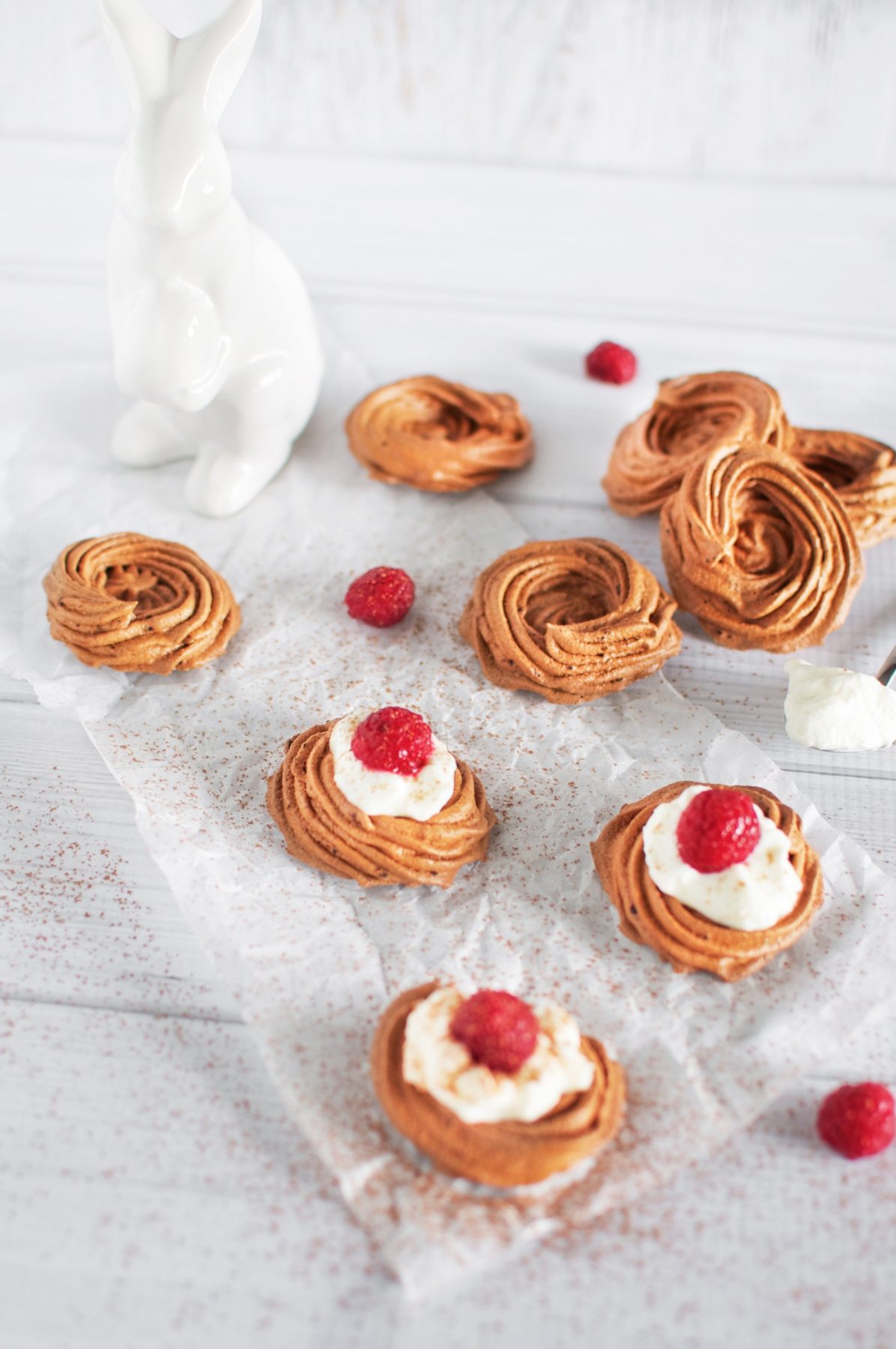 Sometimes I think I have an over-active mind. It seriously never stops ticking. ‘I wonder if that would work with that?’ ‘What would be a good name for this?’ ‘Why do those have those?’

It’s constantly coming up with new ideas, questions, things I should do, it never ends. Add Ollie to the mix of distractions and it’s a wonder how I get anything done. Actually the other day the oven ‘pre-heated’ for an hour before I actually got the cake I was baking into it but that’s a different story.

One thing I have been pondering for a while is whether meringue would work with coconut sugar. If you can make toffee out of agave (recipe to come) then I didn’t see why it wouldn’t work. I also liked the idea of creating a Paleo meringue. Not for me but I’m sure there are a lot of Paleo-diet (or do I have to say Paleo-lifestyle?) people out there who would love a meringue.

I made these the same as you would any meringue, starting with whipping the egg white then slowly adding the coconut sugar and cream of tartar then folded through the cacao.

The consistency seemed spot on for meringues and they piped beautifully so into the oven they went and I crossed my fingers.

An hour and a bit later I pulled out the tray, took one off and let it cool then bit it. It tasted rich and decadent but it was so chewy it was almost like eating gum. Back into the oven they went. An hour later I took them all out and left the tray on the bench to cool.

I’ll let you in on a little secret, I’m not exaggerating when I say I ate nearly half the tray after taking my first bite and had to remind myself to save some for the shoot. The consistency isn’t quite light and fluffy like refined-sugar meringues – these are more like a light biscuit but my goodness they are good.

I topped them with whipped coconut cream and berries and they were a delicious little sweet treat or bite for after dinner when you don’t want a full dessert. If you’re not keen on adding the toppings these make a delicious treat just on their own too or lovely gift wrapped up in a cello bag. Enjoy!

What about you? Where does your mind wander to?

ps this is how tricky it is now getting to do a photo shoot when Ollie is awake. Talk about Mr adventurous. My set up is a couch with the cushions removed and a piece of wood across the arms (I know super pro!) and he now loves climbing in underneath. Can make getting a clear shot a bit tricky when you have an earthquake underneath.

Meringue nests will keep for up to a week in an air-tight container.